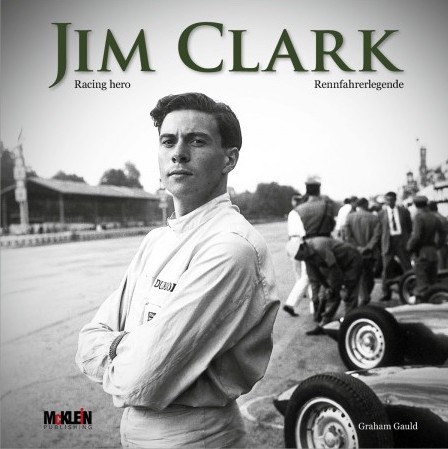 “Jimmy could take a less-than-average race car and make a real racer out of it.”

(German, English) It is unclear from a review recently posted on this site of David Tremayne’s book Jim Clark, The Best of the Best whether that book contains a bibliography. If it does there are surely multiple references to the author of this present book Jim Clark, Racing Hero for, to date, Graham Gauld has half a dozen books either about or co-authored with his since-boyhood friend Jim Clark. The two Scotsmen, born a year apart, had befriended one another long before Clark was anything more than a farmer who sometimes had a bit of weekend fun with cars or Gauld had earned his own stellar journalistic reputation. 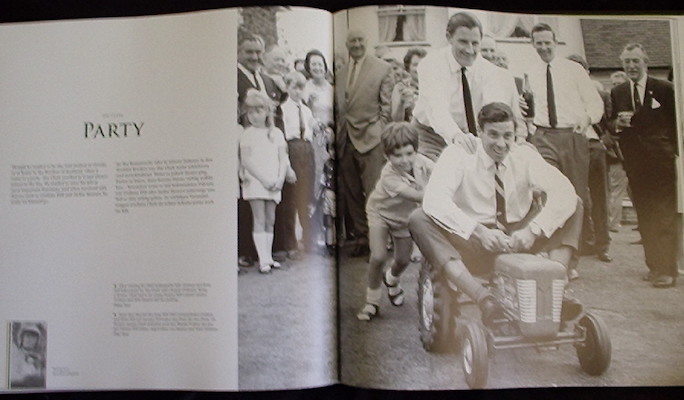 Graham Gauld has written that: “The problem with trying to sort out history is that people also occasionally tend to modify it towards their own ends. Memories get short and facts meld into fiction. As a result people like myself are constantly looking for new sources of information if only to back up stories that have been passed down through the years.” It takes a seasoned journalist who is as humble as he is realistic to write such.

And so for this book Gauld and publisher Reinhard Klein went to great lengths to source many photographs of Clark personally and of his racing that are unfamiliar, in order to assemble this essentially photographic retrospective. Topics presented are organized alphabetically rather than chronologically thus intermingling the racing with the personal and accompanying words are kept to a minimum although on the page it may appear as more because the two columns, one in English, the other German, parallel one another. 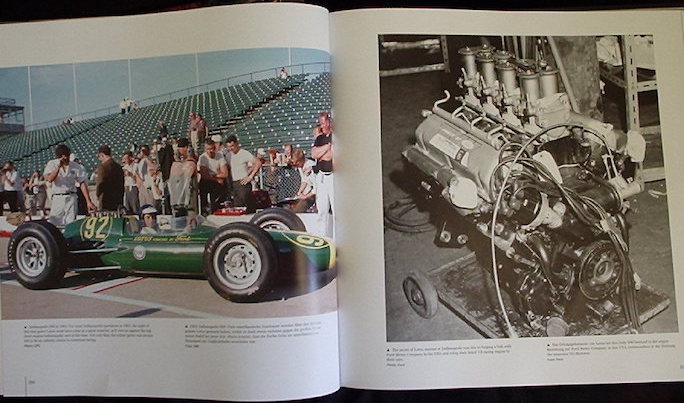 The organization of this book invited your reviewer to revisit several other recently read books with commentaries published on this site to ascertain what each might have had to say about Clark. Those books include David Hobbs’ Hobbo, Ed Iskenderian’s Isky, and one other book not reviewed on SpeedReaders, the autobiography Vollstedt written by the independent car and team owning competitor, mechanically-astute and -able Rolla Vollstedt. 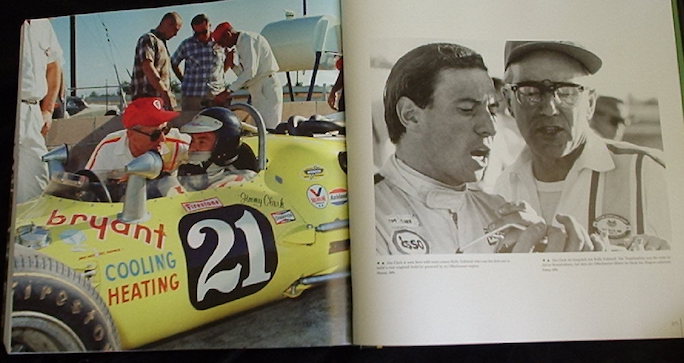 Hobbs, who had known Clark personally and professionally, straightforwardly opined that “Clark was the greatest driver of my generation.” He also recalled one post-race celebration when Clark and Hobbs’ wife, Mags, danced the night away. Of course it had been Hobbs’ Lotus Elite that Hobbs had fitted with his dad’s Mecha-Matic transmission and which Colin Chapman borrowed for Clark to drive in 1962 after Hobbs, Peter Berry, and Clark had flown from the UK to NYC and then marathon-drove a car loaned them by Briggs Cunningham down to Daytona, accruing multiple speeding tickets, and where Hobbs and Clark shared a hotel room to conserve expenses.

Cunningham and Clark would ultimately share a very special something in common. When Clark was featured on the cover of Time magazine in 1965 he was only the second racer whose reputation and accomplishments had earned such an honor. The first, a bit over a decade earlier, had been Briggs S. Cunningham.

For his part Isky had ignored the controversy surrounding the finish and simply recalled his delight when Jim Clark’s Indianapolis 500 racer had a podium finish in 1963 with its lightweight Ford Fairlane V-8 for which he had specially created just-for-it a cam and premium high-RPM valvetrain components. 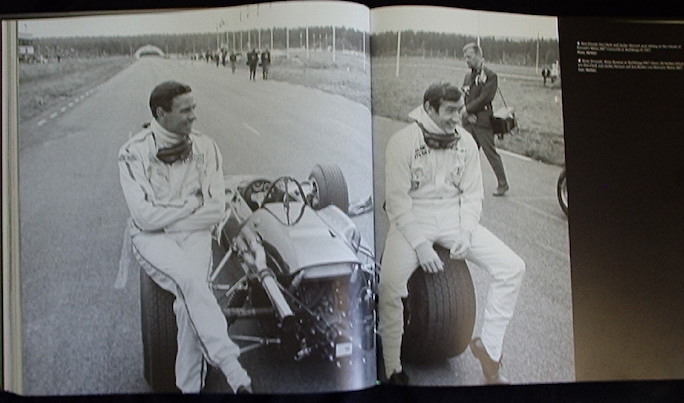 Jim Clark drove just one race at Riverside for Rolla Vollstedt in 1967. He so impressed car builder/team owner Vollstedt that he had written in his own book, “Jimmy could take a less-than-average race car and make a real racer out of it.” And just to put Vollstedt in perspective, in 1976, ‘77, and ‘78 he would be the first team owner to put a lady—Janet Guthrie—in the cockpit at Indianapolis.

Clark seems equal parts stamina and motivation. Throughout his 14-year racing career he competed in 469 races in locations all over the globe as is delineated in the appendix which lists all of his pertinent racing details year by year. The alphabetically arranged topics relating Jim Clark’s life work admirably to provide both a thorough look at his racing career as well as his personal life. It’s a wonderful approach too for keeping the reader engaged as one is never quite sure what the next turn of the page will divulge—just as it is with life when we’re not always absolutely certain what may come next.

The entire book is beautifully produced in every way with many of the images and reminiscences on its pages those that only someone close to Clark would have or know. And it would be remiss not to comment on its very clever end papers. Two photos of Clark sitting on what appears to be a pit wall are utilized. The images are different shots with Clark looking off to his left in one, and to his right in the other, thus giving the appearance that he is looking at himself.

The book won third place in the ADAC Motorwelt Autobuch Preis 2016 in the “Biography” category.