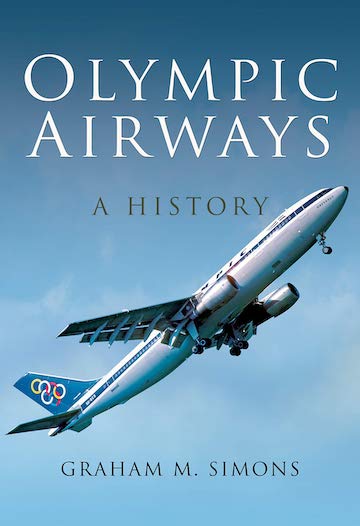 “As a reward for their support of Entente, the Greeks were allowed to occupy Eastern Thrace and the Smyrna enclave in Asia Minor. Turkish leader Mustafa Kemal rejected the capitulation terms and started an armed resistance against the Hellenic Army.”

We’re only on p. 13 but already you’re thick into world history and Big Picture stirrings that’ll have you dust off that old atlas or history book.

If history leaves you cold, how about this: Can you run an airline profitably while giving people 97% discounts? If you were a Greek politician or a member of the press, and it was the 1980s, all you had to do was ask! 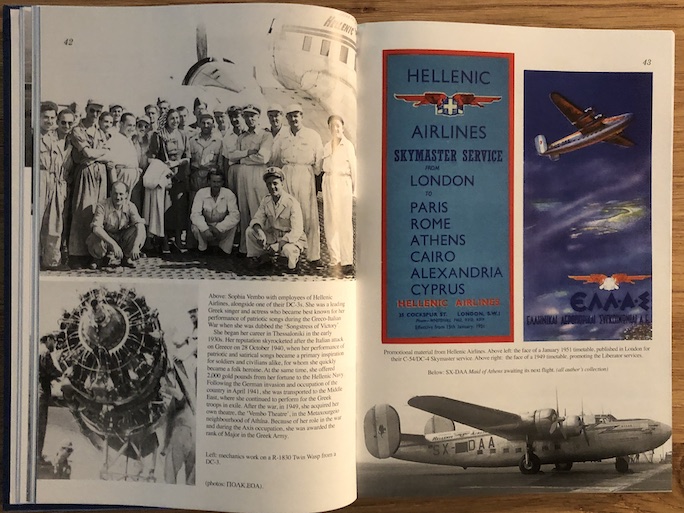 Pick a decade, a year even, and you’d be hard-pressed to find Olympic Airways (aka Olympic Airlines aka Olympic Air—and those are just the actual carriers, not the catering, charter, or ticketing branches) being solvent and its employees in good cheer. Even Icarus, the first predecessor airline to Olympic, established in 1930, had gone bankrupt in only a few months. Unions, nationalization, privatization, politics, the EU, the whole country going broke, the list of woes is a veritable Greek tragedy. 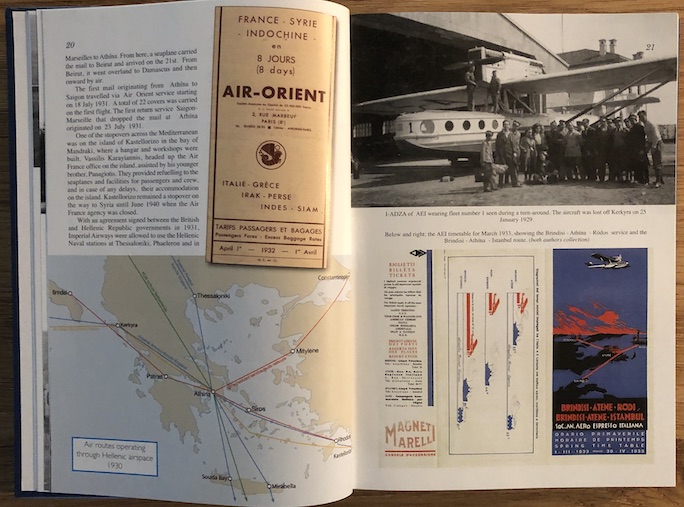 British aviation historian and repeat Pen & Sword author Simons has airlines on the brain these days. He is also a philhellene (not the same as a hellenophile) so putting a Greek airline under the microscope must have been a real treat, and it appears he has devoted years to this effort. Towards the end of the book, in the context of a crash investigation, he remarks that “translation from Greek into English is never precise” and one can only speculate what he means by that. (Incidentally, his Introductionis rendered in both English and Greek, possibly a nod to the many long-suffering Olympic staffers throughout the years.) 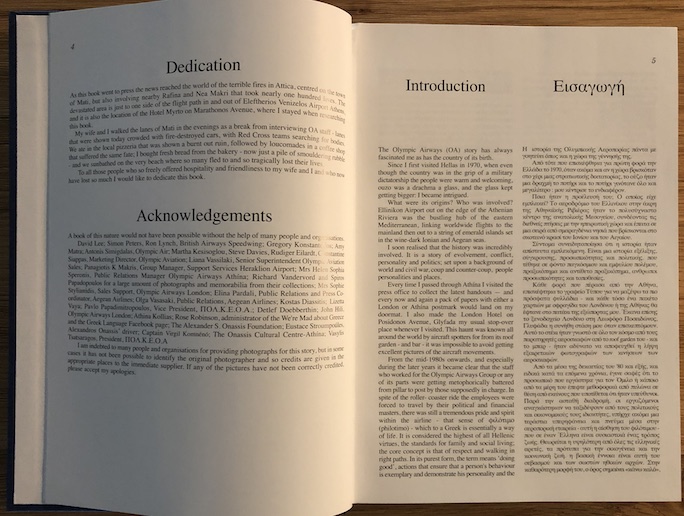 The aforementioned crash (a controversial episode rife with intrigue and cover-up) is not directly related to the Olympic story but it hastened the end of a particularly colorful and volatile era, the years tycoon Aristotle Onassis owned the airline and (mis)treated it as his personal air service. On the other hand, those were the years when the cabin crews wore Pierre Cardin-designed uniforms, passengers ate with golden cutlery, and a pianist played in the first class cabin. All of the foregoing already hints at the multitude of factors that make the Olympic story rather more complex than others. 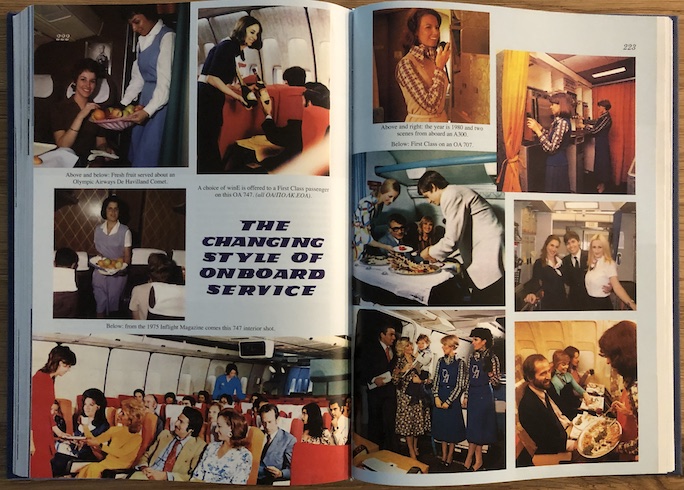 A book that deals with a chapter in Greek aviation could hardly not begin with the Icarus of legend but it quickly fast-forwards to 1907 as the year “air-mindedness” began to be talked about in Greece. Readers with an interest in the early days of organized civil massair transport will enjoy having a familiar story be retold from a Greek perspective. Maps, photos, and ephemera augment the story and, ever the historian, Simons uses aircraft tail numbers and all manner of precise nomenclature and specs etc. for the flying apparatus. 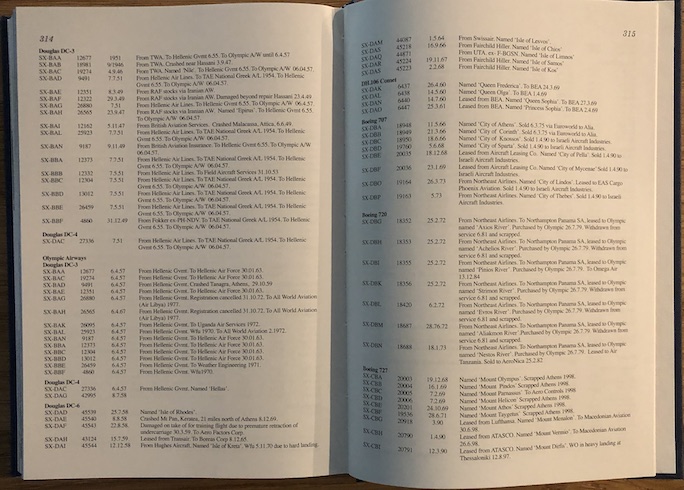 Not at all to be taken for granted in a Pen & Sword book, most illustrations are right where they best fit the text, and quite a lot are in color. From helicopters to Lear jets to prop and jet airliners, everything is covered but the connective tissue for the book are the operational and business factors, and so the book ticks many boxes. 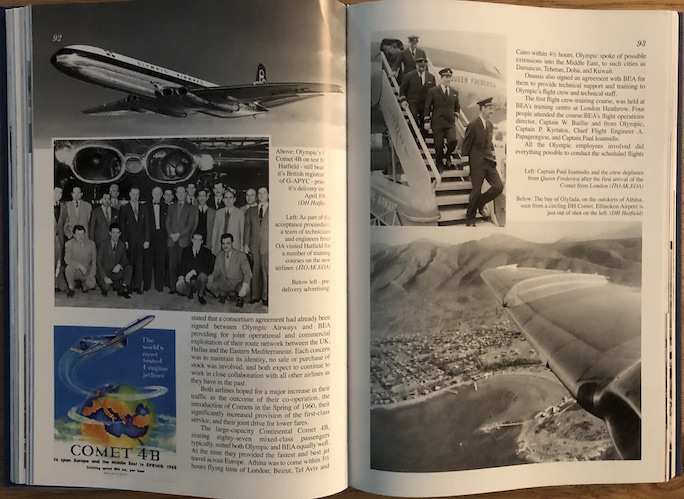