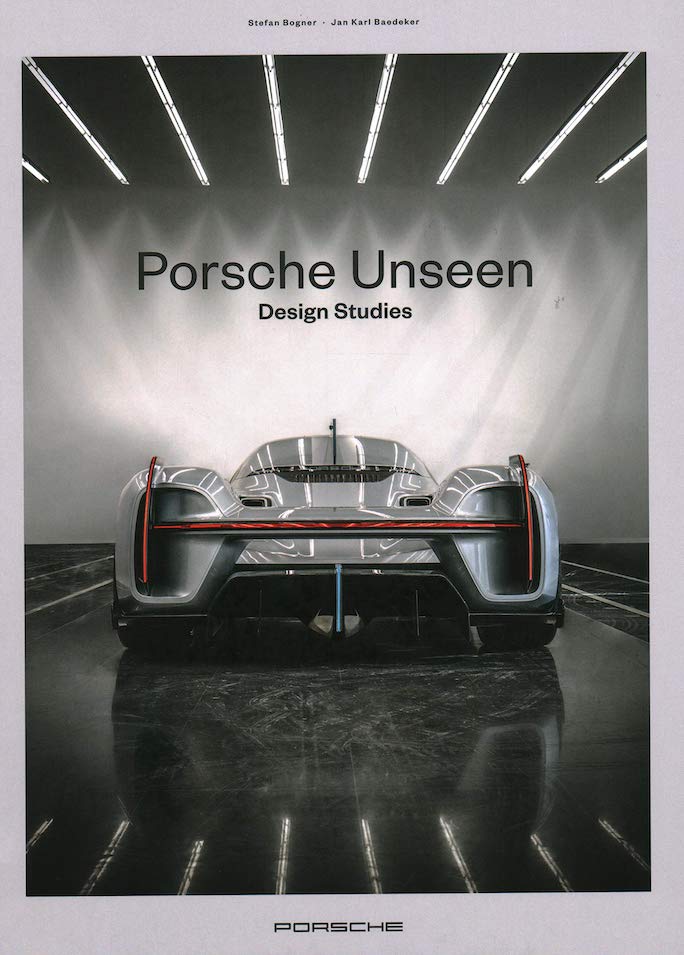 “What is the secret of the brand’s continued success? Since the days of the great designer Ferdinand Porsche, the name seems to have been synonymous with an ability to think outside of the box, questioning the status quo and constantly reinventing oneself. This is not only evident in the production models with which Porsche launched its global triumph, but also in the countless ideas, sketches, models, studies and prototypes that are important parts of the brand evolution, but that usually remain hidden behind studio doors.”

(German / English) If the prospect of stuffing yet another Porsche book onto the bookshelf leaves you cold, reconsider: “That evening, none of us would have been surprised if the design chief had asked us in a friendly but firm tone of voice to stare into a small device that would immediately wipe our memory of everything we had seen.” So write author Baedeker and photographer Bogner, whose roles could easily have been reversed. Since their memories did not get wiped or their eyes gouged out we have here a book like no other. You’d have to have friends in high places to get through the doors of Porsche’s design studio, as Baedeker/Bogner do thanks to the many Porsche projects they have realized. 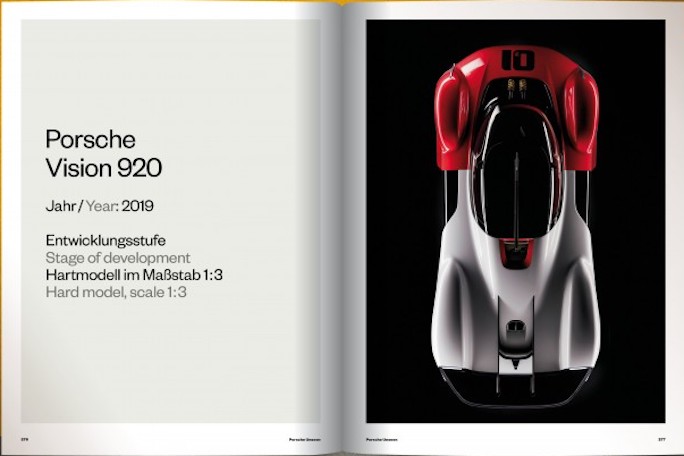 The book presents 15 vehicles, mostly in photos, called Case Studies here that had been created between 2005 to 2019. Resist the temptation to make straight for the eye candy but read instead the first two chapters. And read them again. They are short, too short really, but packed with essential clues to M. M.’s M.O. Michael Mauer’s official title is VP, President Style of Porsche AG and he has been dreaming up new Porsches since 2004. That means the 15 studies in this book are from his time at the helm. 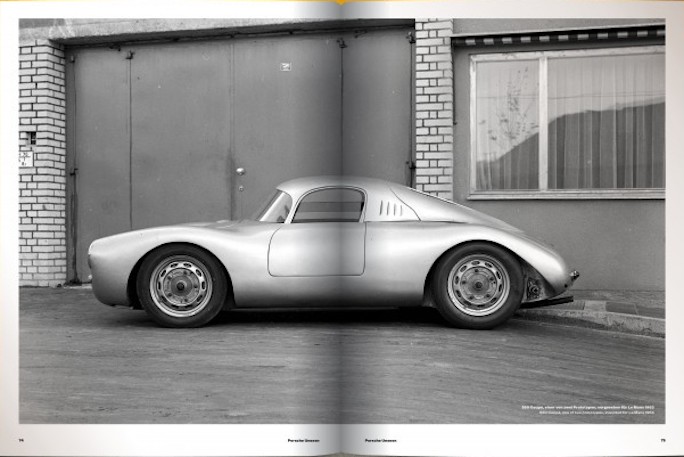 If you know your classic Porsches you know this one: the 550 coupe prototype intended for Le Mans 1963. Below, the 2016 Le Mans Living Legend reinterpretation. If you see in it the lines of the 718 Cayman GT4, you’d be right. And Mauer pleased. 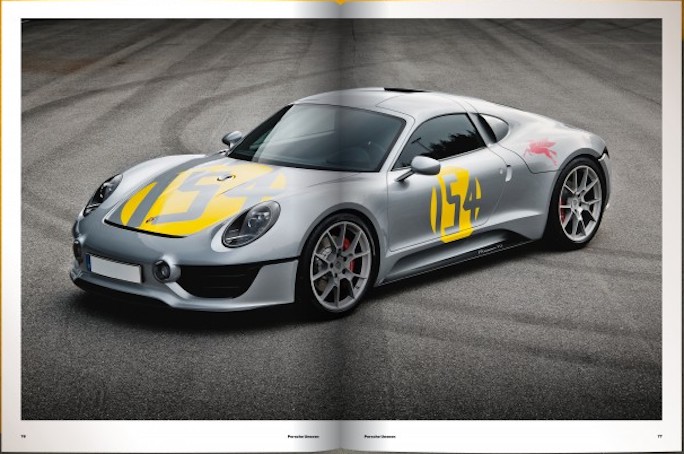 It also means . . . well, scan your memory bank for a Porsche timeline: in 2005, the Cayman was unveiled. The universe was all atwitter and full of (dire) prognostications. The Cayman is a derivative of the Boxster roadster that, when it was introduced in 1996, made Porsche purists positively apoplectic. Then the four-door Panamera and, gasp, the SUV took matters further still. Today, these models are beloved chapters in the Porsche canon. Meaning, a car designer has to have a vision of the future. 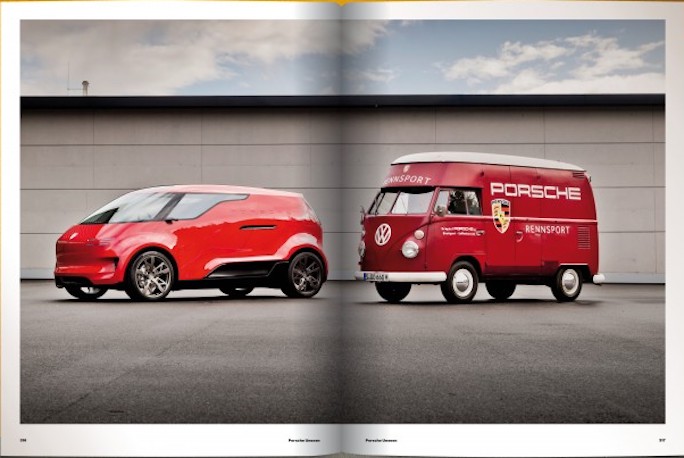 Don’t. Panic. This is from the “What’s Next?” chapter. People who have been shown this van-like EV called spaceglider LOVE it.

To the reader, the cars shown here are the stuff of tomorrow and beyond, but to the designer they are yesterday’s news. At Porsche, people are today doodling about the 2050 model year. So does of course every other carmaker but Porsche’s design chief—and it is on that score that the introductory chapters’ brevity really is a bit of a missed opportunity in not giving the reader more to chew on—is an uncommonly fine and articulate thinker when it comes to dealing with an issue not every brand faces: the tension between preserving historic styling references in a way that is recognizable to the proverbial man on/in the street while at the same time expanding it into a future of unknowable tastes, regulations, and materials/technology. In that regard that most iconic of Porsche shapes, the 911, is both a good and a bad example: no matter what model year you’re looking at, you recognize it as a 911 and don’t mistake it for anything else. The cars in this book . . . not so much. If it weren’t for the badge you might not know you’re looking at a Porsche. And even that is been reimagined! 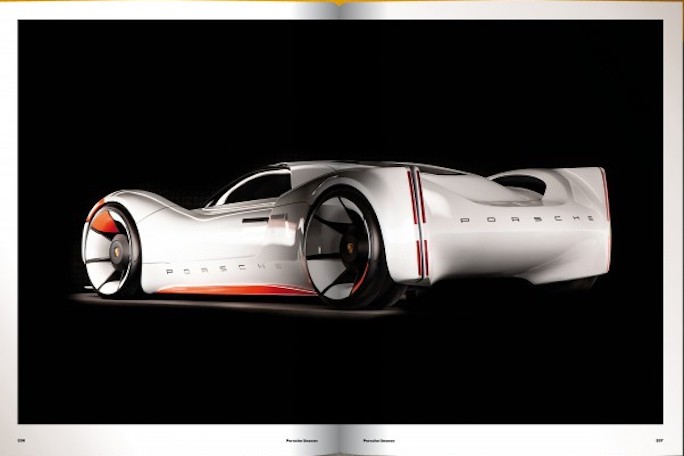 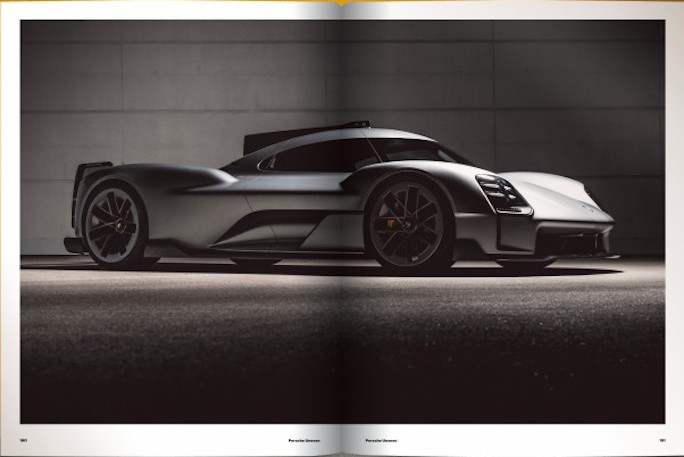 Looking at the fully fleshed-out, mature, sophisticated ideas on display here, the inevitable question a reader will have is “Why were these cars never built?” A key sentence buried in the first chapter speaks to that: “Not every good idea has to go into production in order to advance the brand.” This makes it all the more remarkable that Porsche was game to let these 15 projects percolate into the public consciousness (and also why it keeps other design studies under wraps).

Speaking of remarkable, Porsche has its design studio, part of the Development Center, less than 20 miles from its headquarters whereas many others have theirs on different continents, thereby giving up the immediate access to the engineering group and parts bins, never mind the museum and archives. And in Porsche’s case, the Motorsport Center is nearby too. 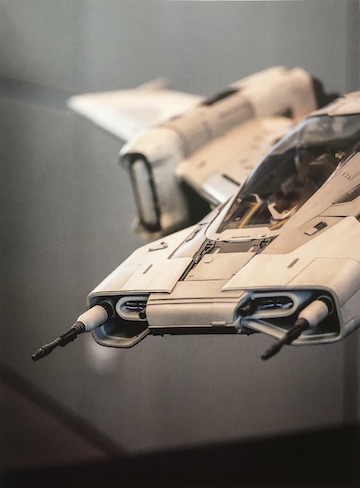 Photographer Bogner once said the future Porsche he’d most like to see built is a cargo bike or a flying car. Could that be what this uncaptioned photo shows?

The Case Studies are divided into four sections: Spin-offs, Little Rebels, Hypercars, and What’s Next? None of these is really self-explanatory and the one- or two-paragraph-long introductions offer only some enlightenment. Each individual project is then introduced by name and year (meaning the year it attained the stage shown here, which may not remain its last iteration; moreover, in some cases years may have passed since the idea was first tinkered with, then shelved, then maybe combined with entirely different ideas from entirely different studies) as well as the size/scale of the model and a brief description.

Those deeply steeped in all things Porsche may recall first seeing in 2017 an article on this topic in Christophorus, the firm’s customer magazine (No. 384, Designing for the Future), and then the Porsche Newsroom website further expanded it in a series of articles. The Porsche Museum will mount an exhibition of the models and accompanying paraphernalia (art boards, CAD drawings, props etc.) in 2021. If ever there was a reason to visit the museum, this is surely it. Being able to examine vehicles in three dimensions is the reason Porsche mills so many of them in clay, many in 1:1 or 1:3 scale, an old-school method that many makers have abandoned as too costly. Not at all costly is the pencil sketch on paper, which Mauer prefers as a first take over computer renderings. 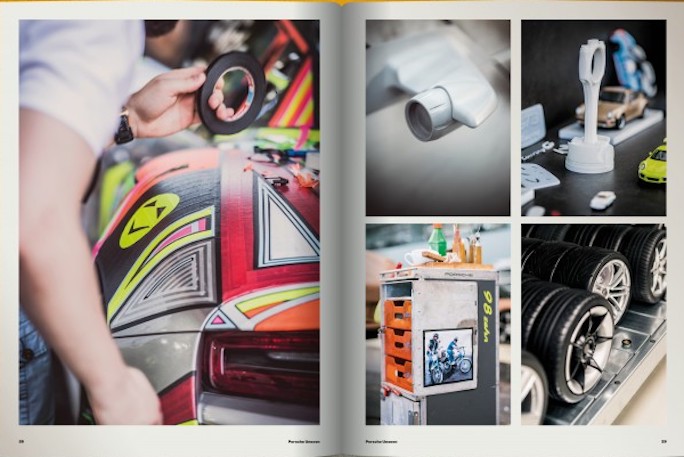 A look into one of the workshops. And speaking of flying cars . . . what is that on the top left of the recto page??

Once Upon a Time in Hollywood, A Novel »
« Hot Rod Milestones: America’s Coolest Coupes, Roadsters, and Racers