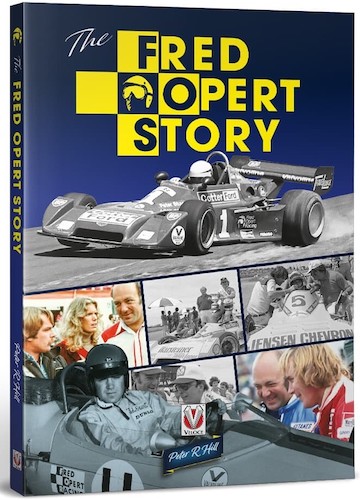 Fred Opert’s name will be familiar to anybody who followed single seater motor racing in the 1970s. But I suspect I am not the only one who would not choose Opert as my specialist subject in a quiz game. If I were unwise enough to do so, I’d manage the words “Keke Rosberg,” “Chevron,” “Formula Atlantic” and “Trois Rivieres.” Then I’d struggle. Or I would have done before reading this book, which tells the story of a likeable, charismatic man who enjoyed a good life, well-lived. At first sight I doubted whether such a short and compact book could do justice to Opert’s life, or indeed anyone else’s. Its modest 160 pages are compressed into a 6 x 8 inch volume, and at $25 Peter Hill’s book doesn’t seem much of a bargain. But, thanks to a print size that only just escapes the charge of being too small, I realized that there is such a wealth of information in this book that I ended up feeling anything but short-changed after reading it.

Fred Opert might have become a lawyer had it not been for a hefty speeding fine and five days in jail. It was 1963, and Fred got to thinking about what really mattered in life, and he decided that fast cars and motorsport mattered a whole lot more than life as an attorney. He didn’t waste time and, within a couple of years, Fred Opert Racing Enterprises was established in New Jersey; over the ensuing eighteen years he helped to kickstart the career of a cohort of drivers who went on to greater things, including the pinnacle of Formula One. Opert himself drove race cars too, enjoying some success even though one friend had termed him a “notorious terrible driver.” His alumni make up a who’s who of Seventies and Eighties talent, with drivers such as Alan Jones, Keke Rosberg, Patrick Tambay, Tim Schenken, Reine Wissell and Didier Pironi all having driven Opert cars. But in 1983 it was to end in tragedy, when Olivier Chandon de Brailles died in the most harrowing of circumstances while testing a Ralt Formula Atlantic car at Moroso Motorsports Park. As long-time Opert employee Linda Graham put it, “That was it. He was done. He was done with racing at that point.” As a business Opert was, indeed, all done with racing but he maintained a lifelong passion for the sport, and carried on business in the import and export of cars to and from Europe and the USA, often sailing very close to the wind when it came to the tiresome business of following the precise letter of the law. 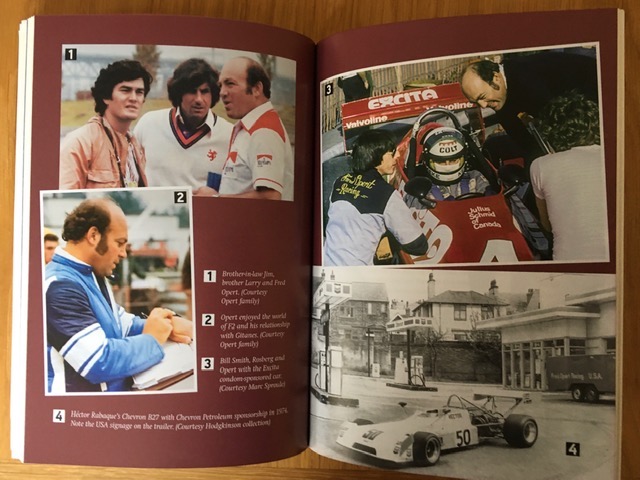 But what a rollercoaster ride Opert enjoyed in motorsport—from his early days as a ducking and diving wheeler dealer to his later, and ill-advised, foray into Formula One. Opert had a brief tenure as team manager for the ATS team whose owner, Günter Schmid, was notoriously difficult and unpleasant, even by the standards of the community former McLaren boss Ron Dennis so memorably termed “The Piranha Club.” Speaking of which, as I read the book I couldn’t help noticing some parallels between Fred Opert and Frank Williams, as well as Dennis. Opert exhibited many of the same traits as Williams in his road to success—the same enterprise, sleight of hand and effortless charm—and he also showed the same perfectionism as the latter. Linda Graham, then in charge of the team’s finances, commented on the cleanliness and order of the Opert race shop, remarking, “The guys wore white shop coats, and nobody could have dirt on their hands. The place was almost sterile.” 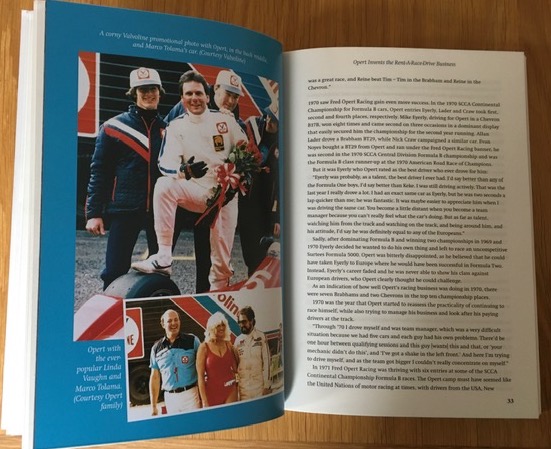 The author has relied on a wealth of personal anecdotes from Opert’s friends and contemporaries, giving the book an insight into Opert the man as well as wonderful testimony about the very different arena in which the sport then operated. In common with his drivers, Opert was constantly on the move—to circuits across the world, the old mill in Bolton which was home to Chevron and everywhere in between—and it seems that nobody had quite his facility for seeking out the cheapest deals on air tickets for race cars and crews. But not only had Opert perfected the art of the deal long before someone else became famous for boasting about this ability, Fred also perfected the art of being universally liked. Unlike that other guy—whatever happened to him? Lots of people in motorsport struggle to talk about much else besides the last race and the next one, and let’s not even mention their often execrable taste in music and the arts. But Fred Opert didn’t fit that template, as we learn how this most gregarious of men loved not only the theater and fine dining, but Bob Dylan and The Clash too. 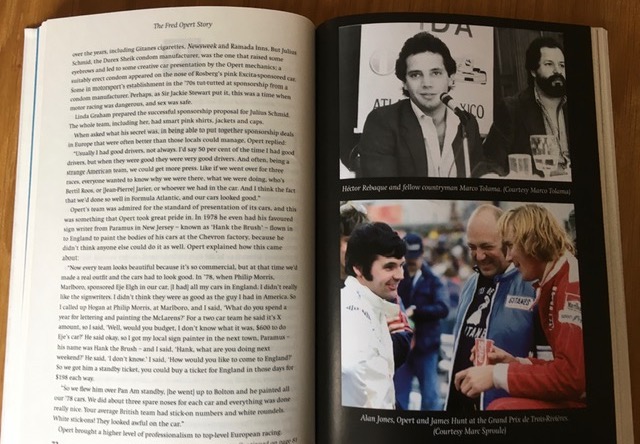 Opert’s personal life was punctuated by a short-lived marriage and a lifelong affinity with women who weren’t just attractive but smart too. We hear from his niece, Lauren, how Fred liked “his Studio 54 life of models and glamor . . . he was as equally impressed that Brooke Shields went to Princeton as the fact she was incredibly beautiful.” Pointedly, she also added that “he lived as a 25-year-old for multiple decades” and her account of the sexagenarian Fred flirting with hot twenty-something girls is as toe-curling as you might expect. But by far the most touching part of this book is the description of Fred’s relationship with the sons of two of his former drivers. Nico Rosberg’s father was, of course, 1982 world champion Keke, and Nikolai Koza was the son of “pain in the arse” Mikko Kozarowitzky. Fred being childless himself, the two lads became his surrogate sons, along with his nephew Derek Opert. How sad it was that Fred didn’t live quite long enough to see Nico win the world drivers’ championship in 2016, his last attendance at Grands Prix being at Hockenheim and the Hungaroring in that year .

Peter Hill is to be congratulated for this work. We may live in an era where anything outside the gilded cage of Formula One interests only the most fervent motorsports fan, but this book reminds us of where our sport came from. It tells the story of how, nearly fifty years ago, even an F1 driver was a travelling gipsy, earning a buck from wherever he could find a race. All he needed was a lovely guy like Fred Opert to make it all happen . . .