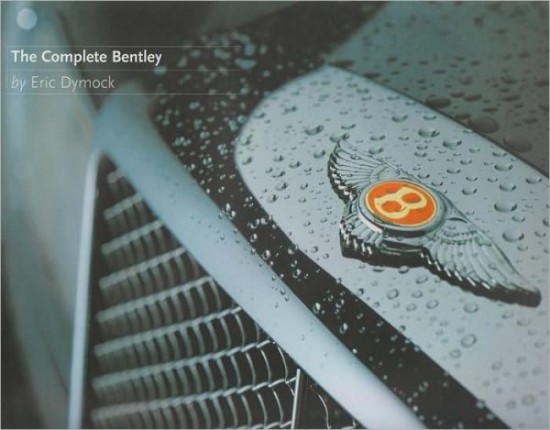 This book covers year by year and model by model—ending with the 2009 Flying Spur and Speed—the illustrious company’s commercial and competition history.

The following comments notwithstanding, the book is an entirely worthy effort, nicely presented on good paper and with a generous and thoughtful layout. But, with little effort it could have been better still. For instance, less than half the photos are captioned and none but a handful list chassis numbers. While it could be argued that those photos that accompany each model’s description are not in need of further commentary, a note on car data, coachwork, location, and people would have added useful detail, especially for readers new to the marque.

For the Bentley veteran this is not an insurmountable obstacle because few of the photos are new to the record and could be looked up elsewhere, but that very approach is in conflict with the author’s professed goal of wanting to provide a “definitive accurate one-volume one-make history.” In a few cases the text perpetuates bits of knowledge now known to be wrong (cf. misidentified people in the photo of chassis B27LE on p. 153). Or, the Blue Train Bentley entry mentions in one single sentence that the car shown (chassis HM2855) is now known to not be the correct one (it wasn’t built until months after the race but this bit of fact had been lost for decades!) but nevertheless devotes an entire paragraph and a full-page photo to describing it anyway—without any mention of what we now know to be the correct car, chassis BA2592.

Further, and again for the sake of the reader to whom all this is new, one would wish for better cross-referencing. Example: in the chronological section under “1922” there is no mention of Bentley’s one and only Indy 500 run, the firm’s first major—albeit unimpressive—race. That event is covered, in a later sidebar in “Bentley Models,” but the reader would not know this, especially since the Table of Contents, which, excluding the apparatus consists of all of two entries, gives no clue. The Index, however, is exemplary and does include an Indianapolis entry, but, again, a reader would not think to look there unless they already knew that this event occurred in the first place.

Many interesting sidebars (cf. one-offs for the Sultan of Brunei, concept cars); timeline of the Vickers/VW deal; a history of the V8 engine 1946–2008. Bibliography; index.

A signed limited edition in slipcase was published at £87.50.