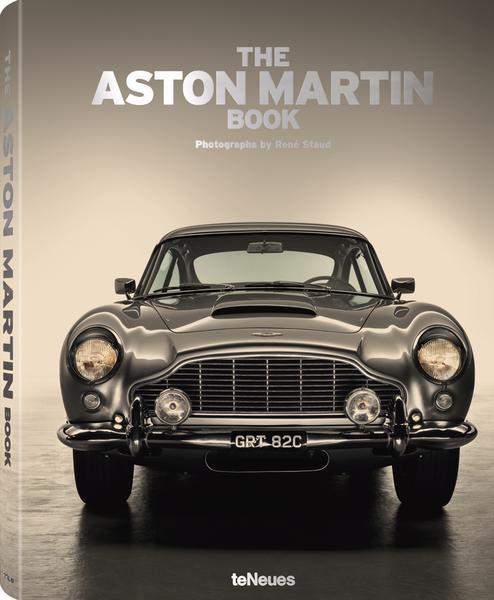 “No other carmaker has been driven to the ground more often. No other has resurrected itself from its plight each time. Is that why the logo bears the wings of the phoenix?”

(English, German, French, Russian, Chinese) Well, no, but it’s a clever thought. While, metaphorically, wings represent a “rising above” here they just reflect speed and freedom, a symbolism rather lacking in the original 1921 logo, a simple arrangement of the letters “A” and “M” inside a black double-line circle that changed to wings in 1927 which have since changed several times. (If you are a typesetter, designer, or insatiably curious: the lettering is based on the Optima font created by German typeface designer Hermann Zapf.)

The logo and a number of other design features on the cars are widely recognized if not iconic. And that, more than anything, is this book’s angle. If you have an Aston, you can’t very well not have this book. It will not tell you anything you don’t already know but it is a conversation piece, beautifully photographed, and boldly designed. 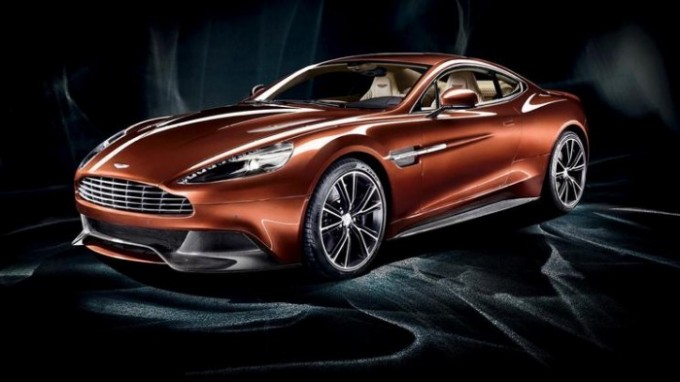 Books like this are difficult to review because the rich visual content does not lend itself to learned analysis, and the text, deceptively light, is not easy to comment on without making it sound as if one is making apologies. To call a book, any book, a “coffee table book” in front of our hardcore cerebral readership is the kiss of death—lightweight and usually oversize fluff, bling, watered-down pablum for people with no attention span. That is not this book. It looks that way, with a shiny bronze cover to boot, but it isn’t.

Think of this book as an objet in its own right, its contents a gallery show, its physical appearance only coincidentally, for convenience’s sake, resembling that what we know as a conventional book: printed pages bound between covers. Its purpose is to paint a picture, to create a mood. The sort of mood that makes auto designer Bruno Sacco say, “Whenever I mix a martini, I think of Aston Martin.” 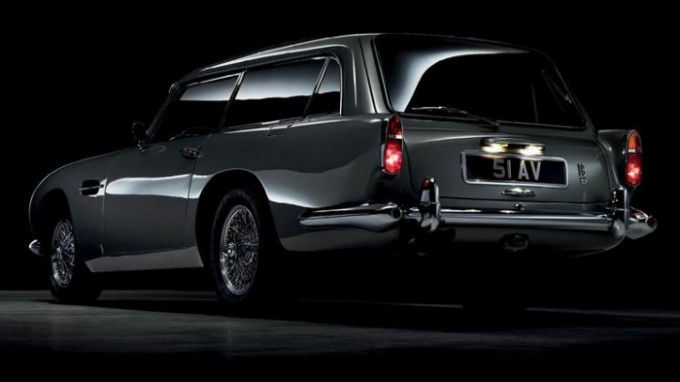 The book’s large, almost 12 x 15″ footprint is a generous canvas for German photographer René Staud. He specializes in automotive subjects and has a distinctive style and characteristic techniques, especially his studio work. To call his output “prolific” is an understatement. There’s really nothing useful to say about his photos in this short review except that they’re finger-lickin’ good. If you are a photographer, his finesse will bring you to your knees. If you’re not, you may not even “see” the genius, the technical competence, the eye for color and shape and the Aston Martin-ness of his subject.

Staud has had all sorts of cars in front of the lens but his interpretation of Aston Martins in a number of calendars and several books has brought him to the attention of the carmaker who, for instance, commissioned him to create an installation for their stand at the 2007 North American International Auto Show where the V8 Vantage Roadster was launched. And if you really want the ultimate Aston art book, Staud can relieve you of a cool €3,950 for an autographed limited-edition 144-page/72-photo opus of 99 copies bound in Aston leather and in a handmade black linen carrying bag. 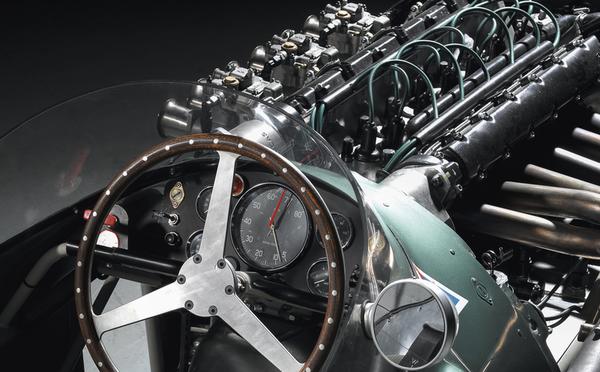 Now, the writing. If you recognize the name Paolo Tumminelli you know that this is a man who understands cars and design intimately. His sparse and emotive writing here is so not because he has nothing substantial to say but because he knows the essence of his subject so well that he can parse it down to the essential marrow. It is easier to create mood with images than with words, especially few words, so he takes a risk here. His professional credentials are impeccable: designer at Alfa Romeo’s “Centro Stile,” design director at Momo, head of strategic marketing at German porcelain/tableware maker Rosenthal, and founder of brand- and design consultancy Goodbrands GmbH and Goodbrands Institute for Automotive Culture. He publishes and lectures, and judges at the Renault Traffic Design Awards and the Red Dot Design Award. His automotive design column is published weekly in Handelsblatt, Germany’s premier economic and financial magazine.

Some years ago, Tumminelli (b. 1965) said in an interview: “Bad taste prevails because the automobile has no brand contributing to its design.” This is an eminently apt comment—although almost at no time applicable to Aston Martin—and for the reader a useful marker to keep in mind so as to appreciate what Tumminelli’s text is attempting to convey here. If you read his books Car Design Europe and Car Design America (same publisher as the Aston book) you’ll realize right away that he is absolutely capable of decisive, competent analysis of design and its place in the world.

So, do not let the seemingly bombastic approach this books takes fool you into dismissing it as vapid! 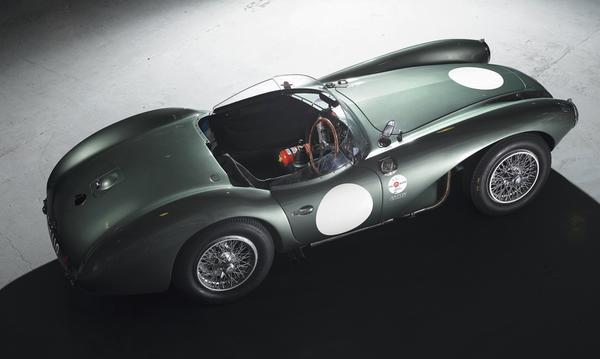 Six chapters covering, first, individual eras and then specific themes follow an Introduction. Each language is set in its own column, side by side and the photos are therefore uncaptioned. Each era begins with a few hundred words of general overview, selective but quite detailed. This is then followed by full-page or double-page photos by Staud. In the latter case, some image detail is lost in the gutter because the book has a flat spine, i.e. does not open fully. The pages have a satin varnish which minimizes fingerprints. Every now and then, a quote by a big-name commentator (cf. Giorgetto Giugiaro, the aforementioned Sacco) is interspersed. If you want to learn anything about the cars you’re shown you’ll have to have another Aston book to hand—the purpose of this book is to look pretty and opulent and put you into an Aston frame of mind.

Of all the brand values that make an Aston an Aston there is one even this book cannot convey: the obscenely marvelous sound. Hear an Aston under full sail and you’ll never be quite as happy in whatever it is you’re driving!