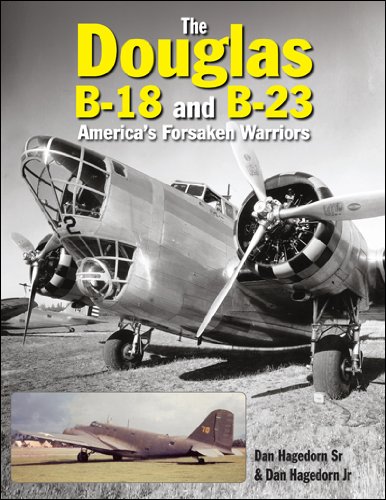 “Throughout the lengthy period of research leading up to publication of this book, with the exception of the complete enthusiasm shown by former B-18 crew members, the response shown by nearly everyone to the fundamental idea of a book devoted to the Douglas twin-engine bomber ranged from total lack of recognition, through bewilderment, to frequent incredulity.

‘Why on earth,’ came the most current refrain, ‘would anyone want to write, publish or read a book on the B-18?’”

If you’ve never heard of these two machines, you’re not alone. In fact, that’s the reason the authors have invested 20 years of work into a properly serious book to once and for all enter into the record their merits and accomplishments. What is so puzzling is that the dissing of the B-18 already started in its own time with, among other naysayers, none other than the Office of the Chief of the Air Corps knowingly submitting inaccurate data to the War Department in order to influence their decision-making. In fact, the subtitle is a riff on an anonymous 1966 critique titled “Douglas’ Reluctant Warriors.” 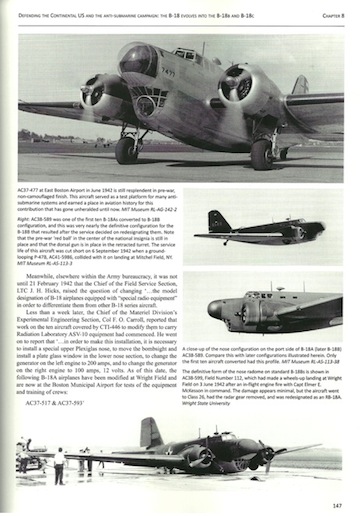 Only one previous book of note has tackled the subject before, William Wolf’s highly regarded 2007 The Douglas B-18 Bolo: The Ultimate Look, from Drawing Board to U-boat Hunter (ISBN 978-0764325816). He, it should be noted, praises the Hagedorns’ book for expanding on his material and adding many new photos to the record. If there is an oddity—in both books—it is that the B-23 Dragon, which really shared only a few parts with the B-18 and in no way is a “development” of it, is considered only in passing (here a mere 17 pages of 288). That aside, the Hagedorn book is in every regard a shining example for how to do a book of this kind in regards to research, organization, and presentation. Add to that a silly low price and it is no wonder that the first US allotment quickly sold out! (More are coming, no need to panic.) 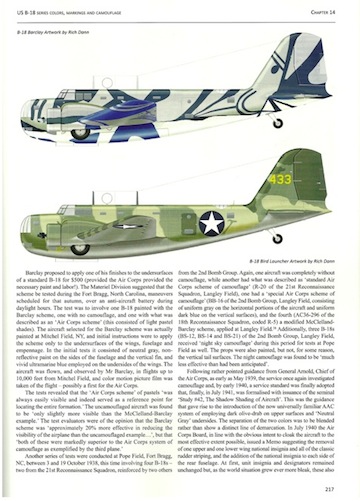 Naturally, the book addresses procurement and design, in the context of strategic requirements, but it is more than anything an operational history of military and later civilian operators. There is a lot of ground to cover because these airplanes saw service in almost every theater of war. While only a side issue, Hagedorn makes the point that had Jimmy Doolittle used B-23s as he originally intended he probably wouldn’t have lost any of his aircraft on the return from his raid on Tokyo (not a single of his B-25s made it).

There are quite a few color profiles (by Navy man and aviation artist Rich Dann) which will delight modelers who will also devour the technical drawings and 3-views (the latter B-18 only), but this sort of book is really not written with their needs in mind. Photographically the book is very strong but many are on the small side. Charts, maps, tables round out the picture. The Index is very well organized and subdivided into several categories.

Morgans for a Lifetime: In Prose and Poetry »
« Hot Rodding International #13, The Best in Hot Rodding from Around the World