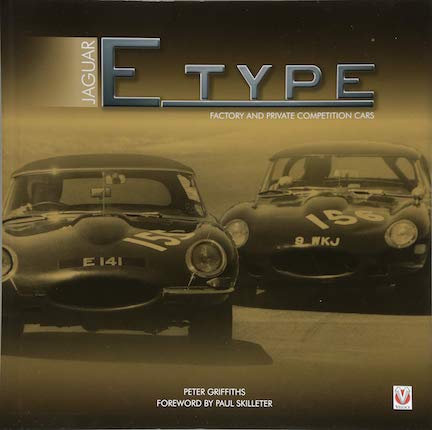 “The E-Type was a fabulous road car but was never sold as a racing car, neither did Jaguar itself enter it in any form of competition. However, for customers who wanted to race, in 1961 the Factory had supplied specially prepared cars with inbuilt modifications such as the ZP roadsters. Those with standard models could refer to Jaguar’s booklet ‘Tuning & preparation of E-type cars for competition use.’”

Many people think of E-Types as delicate if not frail. If they think of racing E-Types at all it is usually the famous Lightweights that dominate the literature. Those dozen cars (of 18 planned) are of course referenced here but condensed into just one of nine chapters that cast a much wider net and cover largely untrodden, at this level of magnification, ground.

As always it is prudent to begin a book at the beginning . . . there is a reason we always chide those books that do not contain a preface or introduction in which an author can lay out his methodology. In the case of this book it relays several important caveats about bits the author knows but intentionally chooses to withhold. There is no reason to doubt that he is in possession of such information: he’s been amassing research on these cars for four decades, knows many cars and many more drivers firsthand, has himself run racing E-Types, and been on the board of the Jaguar Drivers’ Club in the UK. As fellow Jaguar author Paul Skilleter notes in his Foreword, Griffiths’ knowledge of the subject is “encyclopedic.” (Nitpickers will grumble that he misspells the name of the club; a minor matter but books like this are all about nano detail!) He also lets on that a book of just this kind had been his brainchild but that “circumstances” prevented him from writing it and that he is happy Griffiths so ably took the baton. 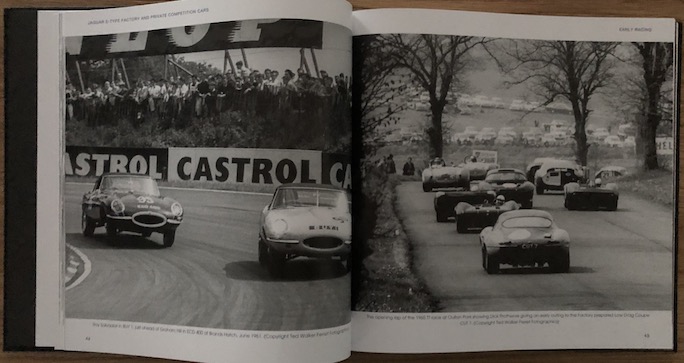 Another important qualifier Griffiths imparts early on is that this book is “more of a photographic record” because the number of cars with legitimate racing connections is so large they couldn’t fit into one single book if each was described in suitable detail. Over 400 are listed in this book, by UK registration number, in the form of a 60-page Appendix (here too: read the introductory remarks!), one of 8 which together make up half the book (below). Griffiths is a retired accountant so data wrangling probably comes easy to him. 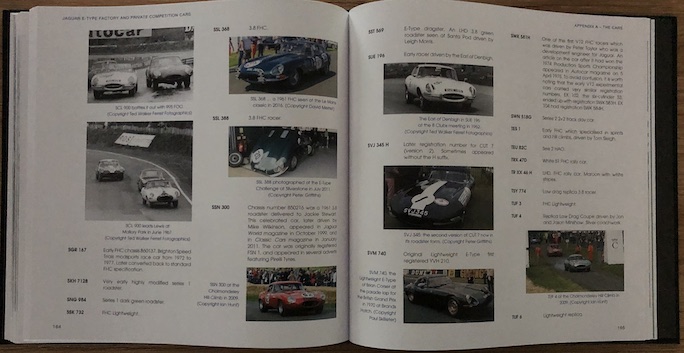 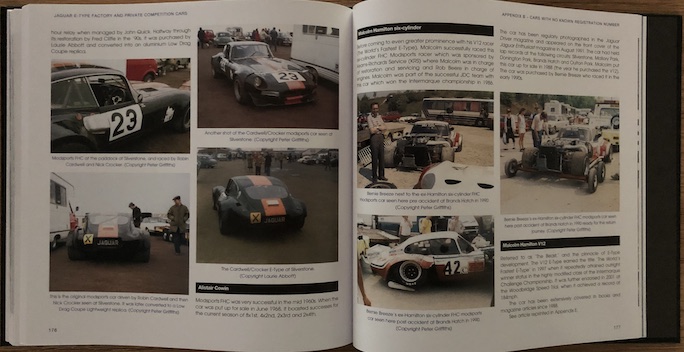 It should also be noted that the book mainly considers only UK cars in UK events, which also means it discusses parameters such as vehicle authentication and pertinent legal aspects in a UK context. Originality is in fact the topic with which the book begins—and friends of Lister Jaguars will probably dissect every word and implication here. 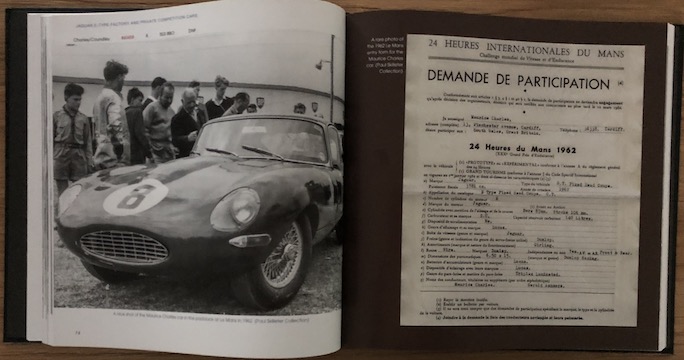 If you are one of those aforementioned people who think of E-Types as merely dainty boulevardiers or grand tourers, this book will give you nothing in the way of engineering background to sway opinion; it simply presupposes you will accept the evidence of the hundreds of race-prepped cars (out of some 70,000 built) that were campaigned competently, some to this very day (including rallying—a quite fantastic feat even to this XKE-owning reviewer!). 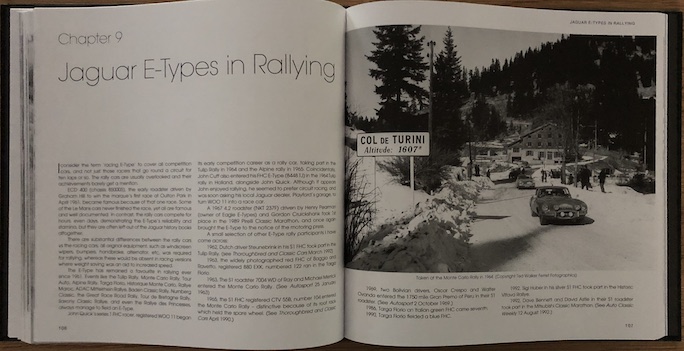 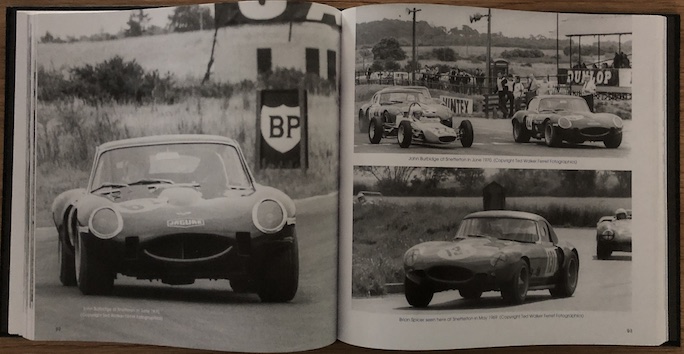 While the absence of narrative makes room for many photos—many of which surely new to the record—the newbie reader may well not realize that some topics are really rather more impactful than the scant text hints at, such as, say, the “Magnificent Seven” Project ZP cars from the opening quote. They are of course covered elsewhere in the literature, and Griffiths does provide a “Further Reading” section.

If your motorsports interest extend to the club level, this book has the added benefit of reminding you of people and places, and of course all the big names are here too because they either started at or returned to dabbling in lower-level racing.