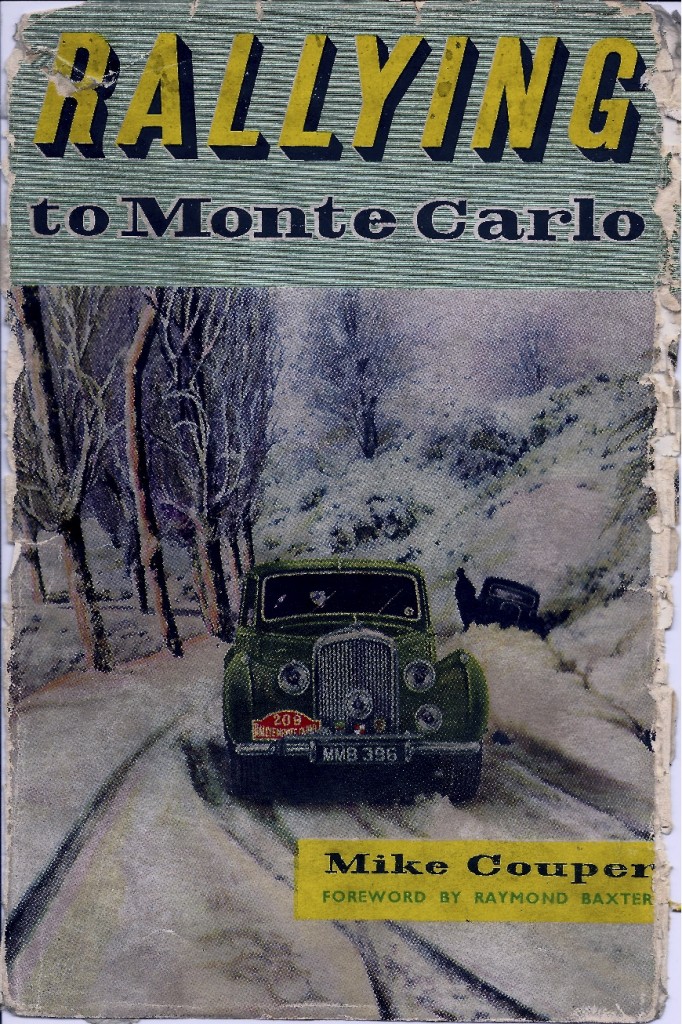 It took me a long time to write this review, and the reason for this is the crux of why I cannot give a wholehearted positive recommendation for this book. Although the book pulls the reader in quickly with details and often humorous and exciting anecdotes of rally preparation and racing as an independent in 1939 and as a factory-supported driver in Rolls-Royces and Bentleys 1949–1955, after 70 pages or so the book becomes monotonous and difficult to finish. Many of these tales offer armchair excitement, but there are only so many icy S-curves necessitating tire chains, near misses, mechanical problems with solutions, hastily eaten meals and cabin repartee that one can bear patiently. The inevitable lists of winners, although of interest historically, tend to blend together to discourage sustained attention.

Author Mike Couper had raced at Brooklands between 1929–1938 and in 1939 began his stint as a Monte Carlo rally driver. He was in the motor trade throughout his rallying years and before, starting in 1933 selling Bentley, Rolls-Royce, British Leyland and others (the firm still exists and many old rally mementos are on display in their showroom). In his Foreword ex-Spitfire pilot, longtime TV presenter and writer, and the BBC’s motoring correspondent from 1950 to 1966 Raymond Baxter (d. 2006) who did the Monte 12 times, describes Couper as “happily married,” a “gentleman” and someone “whom a London cabby automatically calls ‘sir.’”

Rallying certainly is not without value; it is a book that you want to have in your den or on the bedside table to dip into now and again. I found the period black-and-white photographs quite appealing, especially those in my Ian Allen edition that are hand-tinted. The photographs throughout the book are largely uncredited; the credits that are shown are from news services, manufactures, and the motoring press. It is assumed that most are from Couper’s personal collection. Many of these photographs seem quaint today in their suggestion of an earlier automotive era, reminding us that gentlemen would rally in coats and ties in cars that we now consider classics. The photographs of a Rolls-Royce Silver Wraith with its stately, formal Park Ward coachwork (in one photo, the car shows front fender damage against a snowy background) intimate an incongruity that would probably not be realized today. (For Rolls-Royce and Bentley aficionados, Martin Nutland in his book Bentley Mk VI [Veloce Press], goes into detail concerning Couper’s relationship with the Rolls-Royce company concerning the rallying of their cars.)

Posted Under: Automobiles, Out of Print, Racing, Rally | Author: Bill Wolf | No comments yet