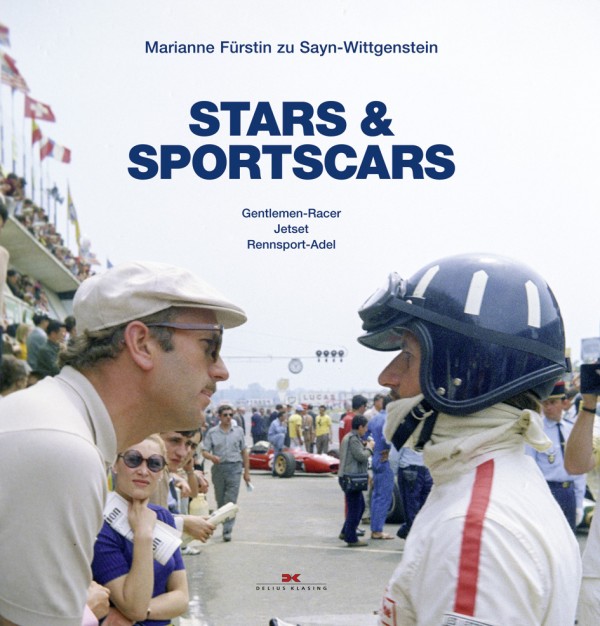 “. . . the images fascinated me. The elegant aunt, the exotic ambiance, the composition of images. I was enraptured—I wanted to become a photographer. I needed a camera.”

(German and English side by side) The author turned 95 the year this book was published, and the words above were uttered more than 85 years earlier. Whatever stirred in her soul the day the youngster gingerly turned the pages of her aunt’s leather-bound photo albums was not a passing fancy: “From that day on, I begged my parents each day for a camera—I needed to have a camera. This wish became the very centre of my being.”

It took a few years of begging, even for an Austrian Princess who grew up in a 700-year-old castle and counts Empress Maria Theresia among her forebears. Several hundred thousands of photos and at least 300 of her own photo albums later, all one can say is that she was right, photography is her avocation. “To this day,” she says, “every day, every hour and every event is photographed. Every moment is captured, collected and retained.” And of course she writes down the Who, What, When and Where without which the photos would just be a jumble. 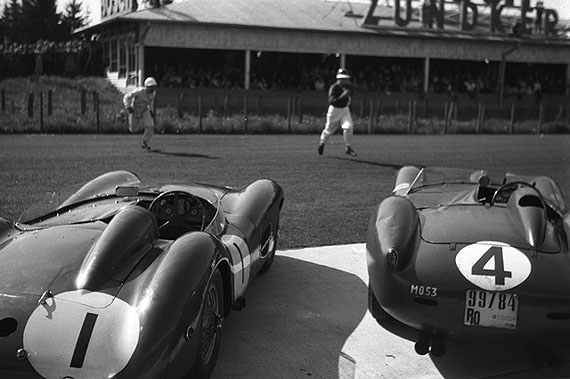 That avocation easily translated into a vocation when life, several decades later, forced her to take up a job with a paycheck—nobility has its perks but it doesn’t necessarily mean bottomless pockets (her first car was a 2-stroke Goliath three-wheeler delivery van). One of those perks is certainly a large circle of acquaintances and friends, ideally among peers and commoners alike. This is definitely true in her case and the ability to make friends, be they prime ministers or cab drivers, is singularly well developed in her. 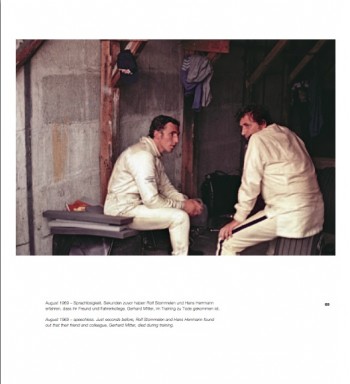 Another perk, and relevant to this book, is the proximity of her home to the Nürburgring with its limited overnight accommodations. From family friends to total strangers who would go on to become friends, many were happy to accept the Sayn-Wittgenstein’s hospitality. And it is this “fabric of life” flavor that imbues both what and how she photographs. What at first glance may come across as just another enthusiastic dabbler’s random snaps, or self-aggrandizing name-dropping, fails to take into account her specific biographic circumstances, in particular that sheer lust for life that anyone who suffered through the deprivations of war knows. So, yes, there are shots of aristos draped all over their Porsches and with skies strapped to their E-Types and vacationing in colorful locales—but there are also intensely intimate portraits 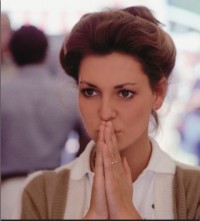 of drivers (Moss, Stewart, Hill, Rindt, Lauda to name a few of the internationally known), and their spouses, moments of tragedy and hilarity. All of them are only possible because Princess Marianne is who she is, and her values and qualities as a human being. And even if you want to take all that off the table, the fact remains that the photos are a record of their time and brimming with period detail. 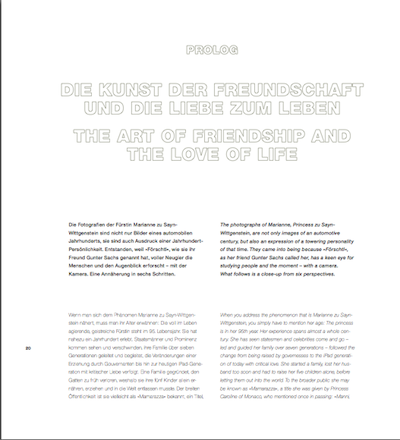 The focus is on the 1950s (with a small portion going up the 1970s) and the Nürburgring, Bern, Spa, the Monte, Le Mans and the Targa. German motoring journalist Jürgen Lewandowski provides commentary and the photos are all extensively captioned.

One of her sons, Peter, writes in the Epilog, “Rummaging through my mother’s photo albums is, again and again and to this very day, an important part of my memory intake.” He used to ride to and from the ‘Ring with many of his parents’ houseguests and found that part of the day no less fascinating than the trackside action. 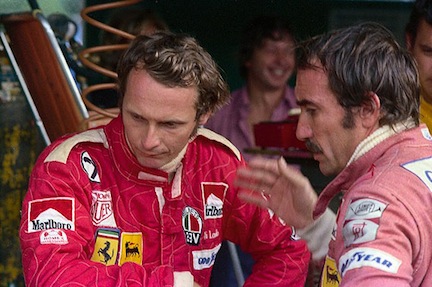 It also should be appreciated that growing up at a time when film (especially color) was expensive she learned to make every shot count, which more than anything means being selective before the shutter is pressed.