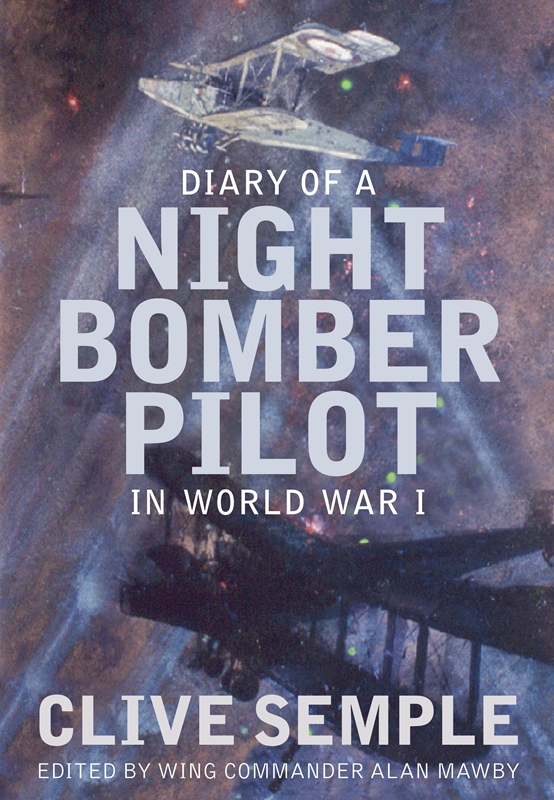 “By inserting into the narrative some explanations, news and contemporary history, I have tried to shine a brighter light on events which are only just beyond living memory and yet reveal a world immensely different from the one we know today. For my grandchildren the events described here are as distant as the Charge of the Light Brigade and Florence Nightingale were for me when I was their age.”

Aside from its obvious aviation theme this book ought to interest anyone curious about the world view of a young man in the early years of the last century, the overt and hidden assumptions about class that seem to be entrenched in British culture (even today), and the mindset of a country at war.

The author opens the book by remarking that the protagonist, his father Leslie (b. 1899), who had gone on to hold many important positions in military affairs (earning him a CBE), was forced into early retirement because he was loosing his memory. Even prior to forgetting things, he does not seem to have been the talkative sort so it is a good thing that he kept a diary during a particularly incisive period in his life, 1917–1919, when he became a flyer and went into combat.

The existence of the 350-page diary and other associated materials came as a complete surprise to the son, Clive, when he went through Leslie’s belongings upon his death in 1971. Preoccupied with the demands of his own career, Clive stored the material without giving it much thought for another few decades until he himself retired although at some point he had the diary typed up. He does have the good form to now say that this self-inflicted delay is “a pity” because by the time he realized that there was a story here, only one of his father’s contemporaries was still alive—and the oldest man in England! Almost nine decades have passed between Leslie writing the diary and Clive making a book out of it!

The strength of a diary is of course also its cardinal weakness: it is subjective, and it is selective. It might help if the title included the words “based upon” so as to avoid giving the impression the book is merely a transcript of actual diary entries. While this would have been plenty interesting, Clive instead paints a much fuller picture by augmenting Leslie’s views with those of other diarists and newspaper coverage, especially from the Daily Mail which along with The Times was considered the newspaper of record. Likewise, cartoons from Punch magazine, postcards and other pictorial records sourced from the Imperial War Museum flesh out the picture. For the aviation enthusiast the many diary excerpts by Cyril Box will be especially noteworthy because he was a contemporary Handley Page pilot on 207 Squadron but had come up on the Royal Flying Corps side and not the RNAS as Leslie.

A key contribution to the book is that of retired Wing Commander Alan Mawby, a coincidental acquaintance Clive made during his seven years of research. Though not a contemporary of Leslie’s, Mawby was the 207 Squadron Historian and thus uniquely able to add detail to the squadron and overall aviation history. This is especially relevant as 18-year-old Leslie, in writing about bigger affairs that have an effect on is life, often does not have enough knowledge or independent enough a viewpoint to put them into context (cf. the merger of the RFC and the RNAS).

Told chronologically, each chapter begins with an excerpt from the diary that is then related to relevant background. Many minor snippets are related that add a wealth of color, from the intensely private such as the waning relevance of religion in Leslie’s life or his hopes for dying a quicker death in an airplane crash than being gassed to death in the trenches to recruitment procedures—an oddly quick process if you had gone to the “right” schools and taken the right classes. He describes the oral interview as perfunctory but the medial examination as thorough: “. . . climbing a rope in the nude (tricky, try it), a test for colorblindness made by having to sort out rather worn out coloured beads.”

Learning to fly his flimsy Handley Page O/400 bomber is described in good detail (lots of crashes)—Clive calls it “hardly more sophisticated than a Wright Flyer of 1908”—and the reader will gain a renewed appreciation of the vagaries of early flight. The focus is on things like life on station, experiencing France in terms of wine/women/dancing, bombing runs (how to arm a bomb in flight), and night navigation (follow the portable lighthouses) as opposed to action reports or the like. Which is, as the review said at the beginning, why this book should satisfy a wide range of interests.

Clive is probably right when he says Leslie could have been court-martialed for the photos he took and that are here shown for the first time. And while he professes to not having intended to write an “academic” book, in terms of scholarly rigor it is just that. Appended are abbreviations, a comparison of ranks across different services, an RAF Examination Paper, and Chapter Notes. A thorough Bibliography and Index round out the book.

It would take Clive even more years to realize that one particular newspaper clipping of Leslie’s was of tremendous importance and would result in the re-discovery of a long-forgotten subject: the role of his squadron in establishing a London–Cairo airbridge. Thank goodness Clive didn’t wait 30 years to write that book!