A Photographic History of the Great Airlift 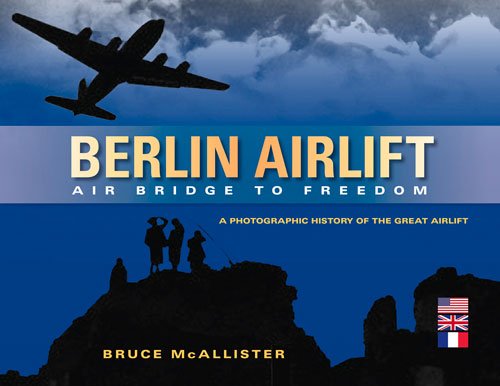 “‘We [the Soviets] are warning both you [the other three occupying powers] and the population of Berlin that we shall apply economic and administrative sanctions that will lead to the circulation in Berlin exclusively of the currency of the Soviet occupation zone.’’’

Currency reform doesn’t sound too dramatic, but it was the last straw. The fuse had already been lit, months earlier. In fact, there had already been an airlift then. It would come to be called the Little Lift because of what happened next.

Do you know the distance from the Earth to the Sun? It’s less than the number of miles flown to supply one city entirely by air in 1948/49. That was the Big Lift.

Air power, which had played such a dominant role in World War II and laid waste to Germany on an unimaginable scale, was right after the war used for good, also in Germany, and also on a scale not seen before: a 24/7 airlift lasting 15 months ferrying 2.3 million tons of cargo—as much as 9000 tons some days—on more than 270,000 flights into Berlin to break the Soviet blockade.

At the height of the Big Lift (which is also the title of a 1950 movie about this subject), a plane touched down every thirty seconds. Anyone with an interest in logistics, resource planning, aviation history, or the human condition in general will find something stirring in this book. 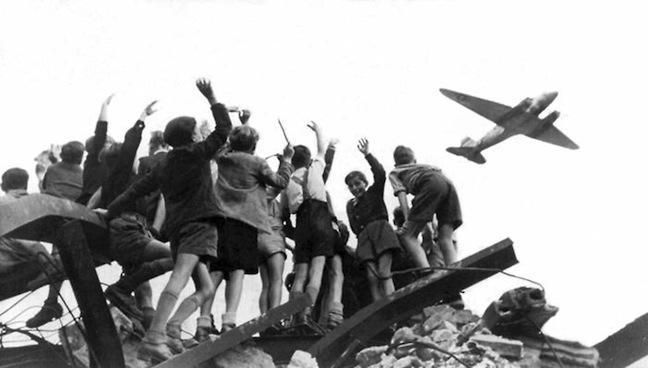 Naturally, there are tons of books on this subject; what distinguishes this one is that it consists almost entirely of extensively captioned period photos. Also, it is written by someone who served in Berlin as a U.S. Army artillery officer, ten years later, when the Cold War whose seeds are being sown in the airlift was in full swing, and who is also a writer/photographer/publisher and a pilot.

As a military man, McAllister has a clear sense of the absurdity of the tactical situation: 1.5 million Soviet military forces blocking all surface traffic from non-Soviet zones to Berlin, trapping the 23,000 western military personnel and some 2 million civilians in a city with 36 days’ worth of food and 45 days of coal. America mobilized its “Silverplate” nuclear-capable B-29s (although they didn’t carry nukes in this deployment).

This is the backdrop against which these photos tell their story. Other books, ones that focus on the written word, are better able to fully explore the vast complexities of the political situation, the thought processes, the risk/reward calculations, and the unflinching commitment to the execution of a risky plan even in the face of perilous cost, not least lives lost. The photos, though, do what photos do so well: they pack a punch, but you do need to let them sink in until you taste the coal dust in your own mouth, feel your hands and feet bleed from scavenging rubble to build an airport pretty much by hand so that you’re eligible for one extra food ration, and also to get into the head of the air crews who now risk their lives to feed the enemy they only recently bombed.

This is McAllister’s ninth aviation book, all photo-intensive, and again published by his own company, Roundup Press. Bookended by “Prelude” and “Aftermath,” each of the ten chapters explores a specific theme and introduces the reader to the people, machines, and procedures. The “Aircraft” chapter includes even the Sunderland flying boats that played only a seasonal role (rivers/lakes freeze). Obligatory car content: early “pretzel-window” VW Beetles, and a great aerial view of the AVUS race track that really shows how breathtakingly steep the curved banking is. On the lighter side: Clarence the camel, and Col. Gail Halvorsen who started the famous candy drops that prompted Berliners to coin the term “raisin bombers.” Another famous colloquialism that brings a tear to every Berliner’s eye, but it is not mentioned here, is “hunger rake,” the nickname for the three-pronged (one for each of the three air corridors, three Western Allies, three airports) “Monument for the Victims of the Airlift” towering near the entrance to Tempelhof, the airport in the American Sector.

The photos are as sobering as they are uplifting. It is probably no coincidence that the book came out in the silver anniversary year of the Berlin Airlift Veterans Association and the Berlin Airlift Historical Foundation in 2015.