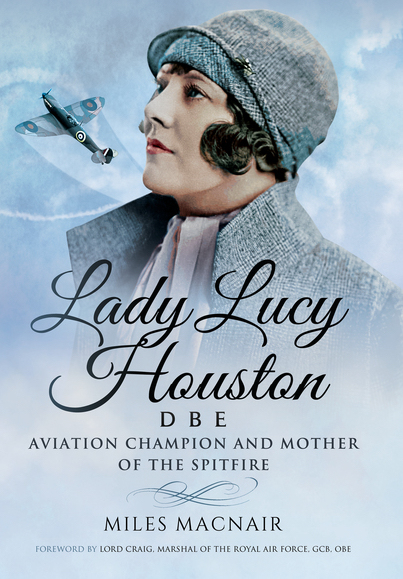 “Her beloved Empire was being dismembered and she knew that the world was on the brink of another cataclysmic war. From this moment she decided that she no longer wished to live. She took the fatal decision that she would stop eating.”

And to make sure this deliberate suicide would work she installed herself in her bed, with all the windows in her London mansion flung open to the bitter winter wind. The pretty young chorus girl that had become “one of the richest and most generous-hearted women in the country” died within days, on December 29, 1936, 80 years old.

Everything you’ve read so far points to an utterly unique story. Fascinating on the human level, important at the political level, far-reaching in its impact on society at large and the proverbial man in the street.

So how come almost no one outside a small circle of history and aviation geeks knows of her?

While her contemporaries, all of whom crossed paths if not swords with her, are being written about to this day, Lady Houston is relegated, at best, to a footnote. 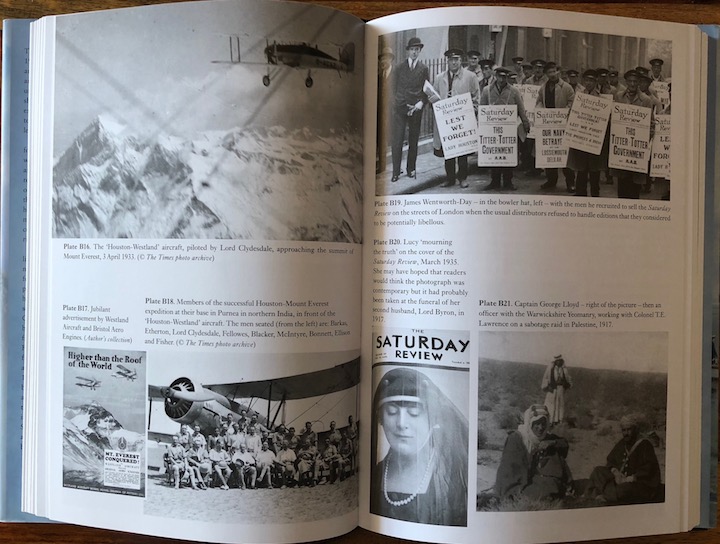 Author McNair has a flair for writing sweeping, engaging historical biographies. That he was a pilot in his younger days only helps to bolster his own appreciation for the many aviation aspects of the Houston story, and his professional experience in the world of money management surely gives him particular insights into the relative enormity of her wealth and the gifts, loans and endowments that sprang from it, but also the power and influence it represented and which she wielded with singular and often one-sided ruthlessness to advance the causes she felt it her patriotic duty to serve. Her estate, after taxes, would have come to £52 million in 2015 buying power, an enormous pile for the the day. 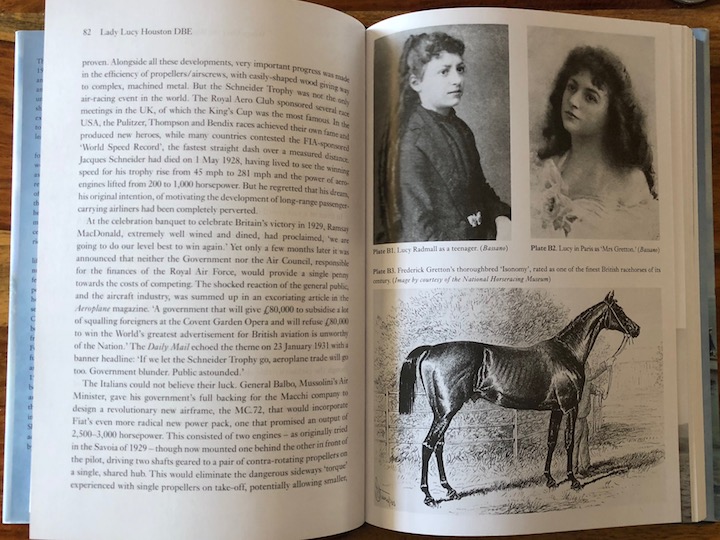 Her many obituaries called her “a picturesque figure” “as many-sided as Cleopatra,” and a “bundle of contradictions.” As proprietress of the conservative weekly Saturday Review she had her own bully pulpit and relentlessly rendered opinions, on anything from local elections to world politics to the shortcomings of her beloved King Edward VIII.

From her birth in 1857 into a moderately prosperous, happy childhood McNair takes us along through her four marriages and the ever-widening circles in which she traveled. Given the customary political activities in which the British upper classes feel obliged to engage, the story quickly spreads into areas in which any reader with even a faint awareness of the great events and names of her day will find many dots to connect. While some may find Lady Houston’s enchantment with the likes of Mussolini and Hitler, or, closer to home, Oswald Mosley (father of later F1 leader Max M.) distasteful and unbearably shortsighted (although much in vogue at the time), it must be remembered that such figures were not only widely seen as pragmatic answers to problems that needed drastic solutions—and never mind political correctness (the correlations to present conditions are stark)—but that as far back as Plato the idea of the Benign Dictator had been hailed as the most effective form of governance. From her beginnings as “Poppy” Radnall, dancing nymph to being Dame of the British Empire, Lady Houston acted very much a dictator herself, but, despite her eccentricities and conservative, Empire-influenced political leanings she was the sort of person who made the world an objectively better place. 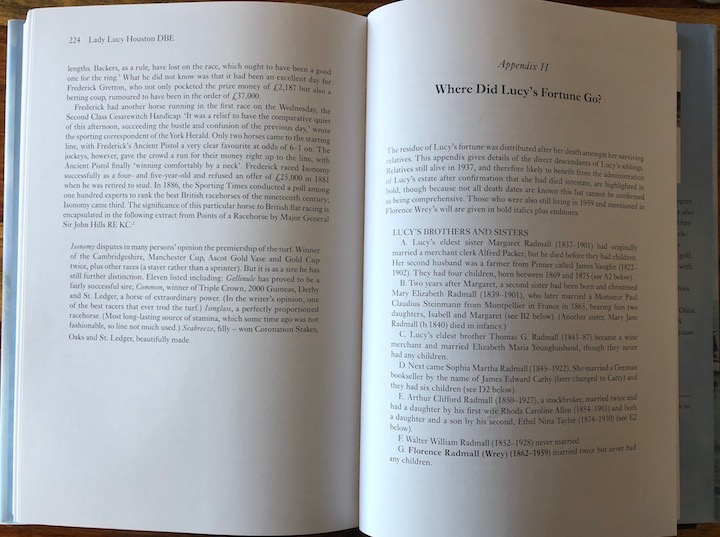 Among the transportation-specific topics are her sponsorship of the first-ever overflight of Mt. Everest and the support of Vickers/Supermarine’s development of the S6.B airframe that would win Britain the Schneider Trophy and laid the groundwork for what would become one the most critical tools in the Battle of Britain, the Spitfire fighter plane with the Rolls-Royce Merlin aero engine. When Prime Minister Winston Churchill, who was one of her heroes, spoke his immortal words of The Few, he had Lady Houston in mind too.

The book is suitably illustrated, with all illustrations listed at the beginning of the book. Several Appendices offer background on Houston’s racehorses, the settlement of her estate, dates of British politicians, and a most useful table outlining “The Relative Value of Money.” Chapter Notes, Bibliography and a good Index round out a gem of a book.

Aviation Champion and Mother of the Spitfire