From Bond to Bentley and Back, Rambles Through a Motoring Life 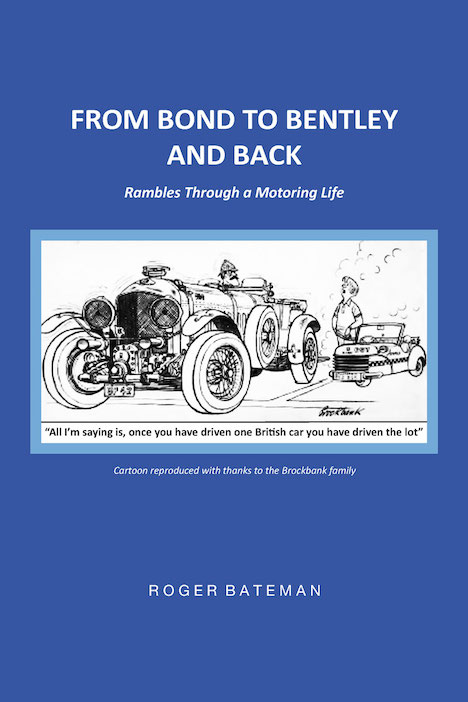 “As Kenneth Grahame nearly said – ‘There is nothing – absolutely nothing – half so much worth  doing as simply messing about in cars.’”

We British baby boomers have enjoyed the best of times. As if escaping National Service, living through a revolution in popular culture, and a war that stayed cold were not enough, we also could afford shamelessly to indulge in an internal combustion habit. Roger Bateman (b. 1949) has lived a life in and around cars, and he has written this book to tell us all about it. It is self-published, but in 2022 that’s no more a badge of shame than finding your next date on Tinder, and From Bond to Bentley and Back is designed and printed to a standard that matches many publishers of upmarket automobilia. The author’s name rang no bells with me but he has a delightful story and, with only a minor caveat or two, he tells it very well.

Bateman fell in love with cars as a child, devoted his entire career to them, and is now enjoying a happy retirement by continuing to mess around with old ones. He is a man who has often been in the right places at the right times and none have been more perfect than when he studied Motor Engineering at the College of Aeronautical and Automobile Engineering in Chelsea in 1965. The College was a stone’s throw from the epicenter of Swinging London, the Kings Road, the location that might share the era’s top billing with Haight Ashbury and Woodstock. At Chelsea, Bateman became friends for life with fellow student Tony Dron (who went on to enjoy success as a race driver and journalist) before embarking on a varied and colorful career of his own. This included spells at Hertz (“no . . . employee respected, or even cared for cars”), Volkswagen, Firestone, Peugeot, the Motor Industry Insurance Repair Research Centre (better known simply as Thatcham), Rondar Boats and NG kit cars, the National Motor Museum, and Fiennes Restoration. 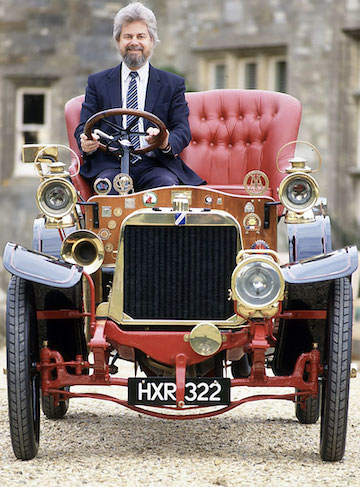 This book is not an autobiography per se, although the reader learns about the author’s archetypally middle-class childhood, and there are only fleeting references to the author’s sons and second wife and not a word about her predecessor. But if the book is souffle-light on family, it is dense in detail on the cars that have featured in the author’s life. The first car he remembers was “Uncle Walter’s Armstrong Siddeley Lancaster saloon” which was succeeded by a ‘“white and green Hillman Minx Series 1 with . . . [what] I now know was the Lockheed Manumatic gearbox.” Unusually, registration numbers are not given for these cars, but the author makes up for that omission in the remainder of the book with an extraordinarily detailed account of the cars he has known, driven, restored and/or curated, from Nick Mason’s Ferrari F40 to his own Arthur Mulliner-bodied Bentley 3½L. Bateman is a man who doesn’t skimp the detail, recounting how in his battle with the authorities to use the original registration number (equivalent to the US license plate) for his restored 1955 Bond Mk C, his letter to the Chief Executive was accompanied by no fewer than 17 appendices. Gosh.

I was born only three years after the author and I especially enjoyed his recollections of growing up as a young British car enthusiast in the 1960s. Films and TV shows set in that era convey a fictitiously glamorous past, as if every high street were peopled by flower power-liveried Mini-Coopers, snarling E-Type Jaguars, and bank robbers making good their escape in a Mk 2 Jaguar driven by a lovable rogue. But Bateman portrays the gritty reality of British roads in the not so Swinging Sixties, when even prewar cars weren’t uncommon sights, and quirky machinery like his two stroke, three-wheeler Bond Minicar Mark D were far commoner than Aston Martin DB5s, or even Lotus Cortinas. At college he began his lifelong love affair with the archetypal cheap old car, the Austin Seven, aided and abetted by Tony Dron and his own Seven, memorably called Tattybogle. 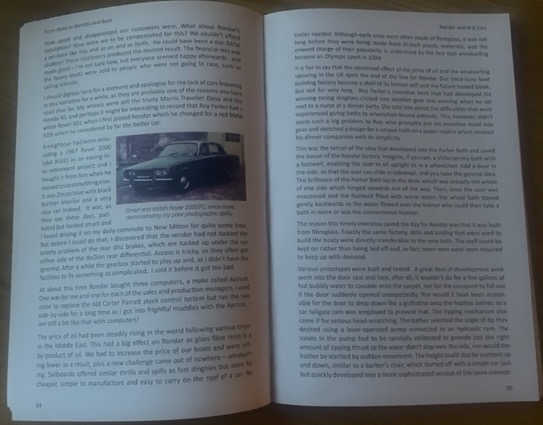 The book is written in a spare and engaging style, peppered with self-deprecation, and perhaps a little over-seasoned with humorous asides. There’s a hint of Pooter-ism in the author’s eagerness to share testimonials and compliments, but I found this trait made Bateman sound all the more endearing. The photographs are numerous, small and of almost universally terrible quality and actually all the better for being so. There is something very endearing about a fifty-year-old picture, badly composed and taken with a cheap and simple camera. Pictures like this convey their subject and evoke their era so much more authentically than the pin-sharp studio images of restored cars the classic magazines love to showcase. You know the sort of thing—the machines that had cost their young owners peanuts when Nixon was in the White House, when rust was not patina but a problem, but whose age and scarcity now make them candidates for beatification, or even (ugh) icon status.

The book’s longest chapter, by far, is about the author’s sixteen years at the National Motor Museum at Beaulieu. We read of celebrities (including a Stirling Moss encounter that will trigger raised eyebrows in some), cavalcades, autojumbles, and encounters with legendary cars such as the Fangio Mercedes W196 and Donald Campbell’s Bluebird CN7. Bateman rose through the hierarchy, destined for the post of Director he had coveted for so long until (to quote Bob Dylan) “One day the axe just fell”. This reader wanted to know a lot more about this unexpected departure than the fact that the author had “left feeling rejected and dejected.” But the reason is “another story for someone else to tell”—I really don’t want to wait!

The Beaulieu unpleasantness apart, Roger Bateman has obviously enjoyed a long and fulfilling life in, about and around cars ancient and modern. Now retired, he has retained a Tigger-ish enthusiasm for every car he has rescued and restored, from an Austin Seven Special and MG TC to the car that contributes the “And Back” of the book’s title, the Bond Mk C. The wheel took over nearly sixty years to come full circle—could the 16-year-old Bateman have ever imagined owning another Bond, and as a septuagenarian?

The author has a boyish charm, an enduring sense of joie de vivre, and it was fun to accompany him on his journey on three and four wheels.

From Bond to Bentley and Back, Rambles Through a Motoring Life
by Roger Bateman