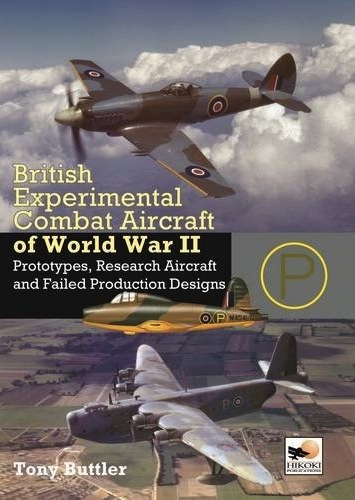 “Far less is known about the experimental and cancelled aircraft of the era. Had they reached service they could have become famous in their own right, but instead have been largely overlooked and forgotten.”

Already ole’ Plato wrote in his Republic (around 380 BC) that “Necessity is the mother of invention.” And for Homo sapiens, who can never play nice for long, war is one of the necessities. Applied to this book, it was the WWII era that brought about the quantum leap from biplane to jet power and inching ever closer to breaking the sound barrier. Fertile ground, then, for the often adventurous proposals that “led to frantic advances in aircraft design that are unequalled in aviation history.”

One can reasonably assume that anyone with passing familiarity with aircraft of the period will recognize most of the makers’ names in the Table of Contents but even the well-read enthusiast will probably find at least a few entirely obscure models/types here.

Simply knowing that this book is part of this publisher’s substantial series on experimental and prototype aircraft is enough of an assurance that it is worthy of your attention. Buttler, in fact, himself has penned the most recent one, X-Planes of Europe: Secret Research Aircraft from the Golden Age 1947–1974 (with Jean-Louis Delezenne). He and the publisher refer to it as a natural companion to this new one but it is that only insofar as methodology and presentation are concerned. It is an older book of Buttler’s, British Secret Projects: Fighters and Bombers 1935–1950 (2004, part of a trilogy), that is not only a better fit thematically but the new book specifically calibrates its level of magnification based on what the older book already covered (it’s still easy enough to find even if not at decent prices).

If you surmised from the cover image that the book focuses on fighters and bombers/utility aircraft, and mostly piston-engined, you’d be right, but there are a few exceptions. And while the subtitle is unambiguous enough, the word “combat” in the title is not. All multi-engine aircraft, especially flying boats, certainly had civilian possibilities and a good part of the book will thus be of interest to the non-military reader. Such distinctions are, of course, rather fluid anyway and Buttler does explain his methodology in the Introduction. There is no cause for quibbling with his choices but do read it lest you wonder why, say, the Napier-Heston Racer (which surely would have resulted in a fighter) or the Short Sunderland are included here. The guiding principle was that an aircraft had to “[have furthered] the general knowledge for such types” and that it had to have been issued a military serial number even if it remained unbuilt. To expand the scope somewhat Buttler offers a photographic appendix that shows a further 11 aircraft that may well have been in actual fleet service but feature noteworthy one-off modifications. Since this is a rather specialized subject we will do what we normally abhor and actually provide a list of the contents (which is sure to make at least the modelers salivate): 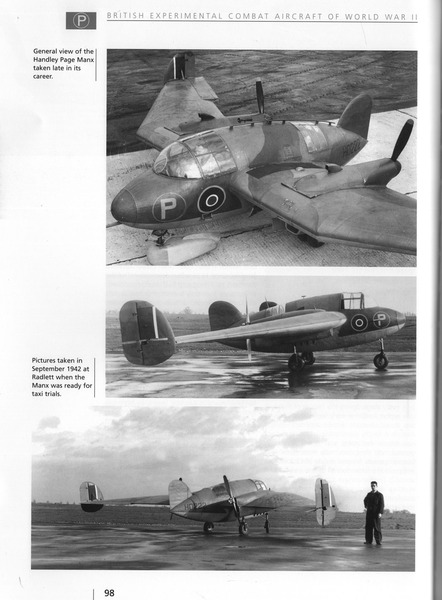 Even Buttler doesn’t consider the Appendix “sufficient” and only intends for it “to give a feel for the type of work that was going on.” The book, as he points out repeatedly, is meant to fill gaps in the record, not rehash that which is already well documented. The main entries are quite extensive, the level of detail largely determined by what has already been recorded elsewhere. All begin with a data table, some have 3-views (but without dimensions) or sectioned views, and the narrative addresses aspects of development, strategic requirements, flight impressions (if applicable) often in the form of quotes, and the circumstances why the particular aircraft did not advance to fleet service. You’ll want to acquaint yourself with the Glossary first! New to this book is a section called “Structure” that goes into construction details. 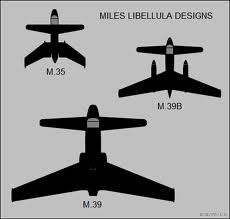 Photo selection is most satisfactory, as is reproduction quality. Since many of these aircraft have, if at all, only been described in widely scattered magazines before, many of the illustrations will be new to readers. There are also quite a number of photos of manufacturer’s models and mock-ups as well as privately built scale models (by Joe Cherry), and a handful of color profile drawings by Tim Brown.

Considering how much and for how long Buttler has written about prototypes of the postwar era, including US and Soviet ones, and how little he or anyone else has written about the WWII ones, it is surprising that he only now is getting around to visiting this subject, especially since he says that about a dozen of the 35 aircraft included here are among his most favorite.