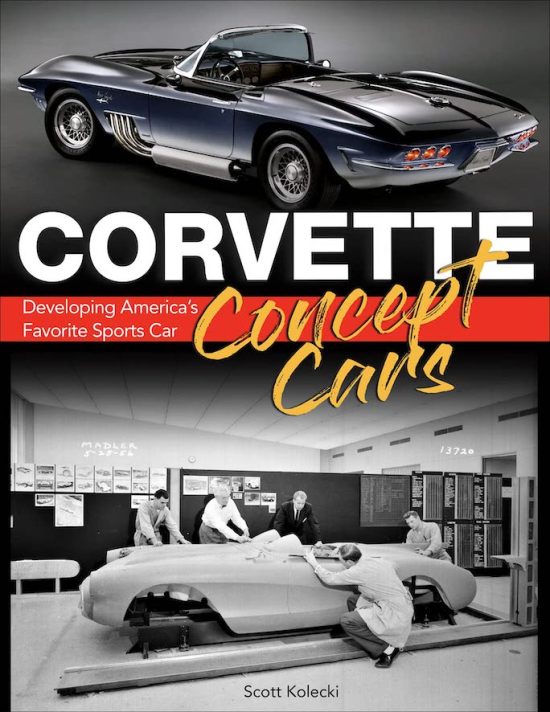 Wondering what fresh perspective this book might offer its readers given the number of books that have been written and published about Corvette, it was heartening to discover that, indeed, author Scott Kolecki has provided continuity and clarity to the seventy years of Corvette history in a single volume. He accomplished it by remaining focused and disciplined, relating the Corvette history from the perspective of its concept cars. 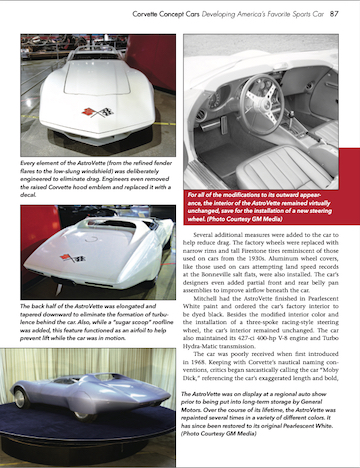 This generously illustrated book is lively reading that holds readers attention as Kolecki refrains from getting bogged down with endless recitations of facts/figures and specifications. Rather he structures the history chronologically. Importantly he also brings the story of each of these concepts—just over fifty in all—full circle indicating which are extant and which were destroyed and if extant, the current ownership and location as of the book’s 2022 publication. Included as well in the list of Corvette concept cars, from the first Project Opel up to the start of production in 2020 of the eighth-generation mid-engine cars, are prototypes, pilots, and ones conceived and built exclusively for auto show turntable display purposes.

The book is very much worthy of your consideration be you a newcomer who is curious to learn about Corvette or are already an enthusiast/collector. Even with that commendation it is necessary to also share that the book does have a flaw or two of which you should be aware. 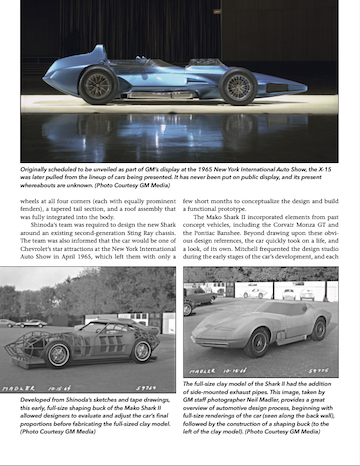 One is an ongoing puzzling oversight on the part of the publisher, CarTech. It includes this book in it Automotive History group of book listings yet seems to be challenged to adjust overall page layout in order to leave a page available for an index. How a book can be useful to historians—or even casual readers—without an index? Even if the total page count requires said index to be printed in mouse type, having a useable index is so important for a serious book that it is unfathomable to this commentator why including an index seems to present such a challenge. 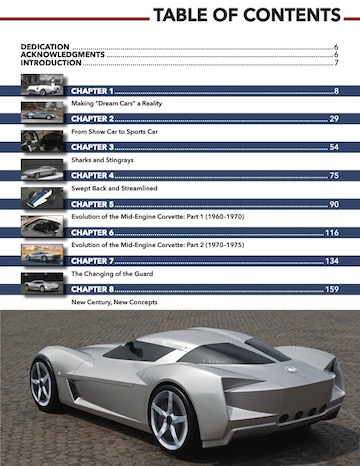 Then, as I read—and realizing that the Table of Contents, see below, doesn’t clearly indicate which concepts are presented in which chapter and absent (as already observed) an index—thinking that a simple list of them would have made a really useful appendix, your reviewer created such a reference document which I can foresee utilizing to re-locate passages and information in this book but also as a reference document for its own intrinsic usefulness. The following few lines are excerpted from my list as an example:

That leaves identifying what your commentator feels is the most inexcusable error. First, please understand that it doesn’t negate the intrinsic worth and worthwhileness of this book. Yet it cannot go unmentioned. Twenty pages from the end of the book—so page 156—GM’s president from 1987 to 1990 prior to being elevated to Chairman and COO 1990 to 1992 and before that, as a lifelong GM employee and a terrifically able engineer who figured in the development of many now historic cars, a man named Robert C. “Bob” Stempel, there is this:

“At GM’s 1989 executive conference in Traverse City, Michigan, it was decided by GM’s new [emphasis by your commentator: he had been in that role for two years already, and that’s not his name] president Jim Stemple . . .”

As mentioned, none of the book’s shortcomings lessen its contribution to the story of Corvette development for it is, overall, a well-written presentation sharing a different approach to Corvette’s seventy year history.

My Friday Drives: Discovering the Letbelah Car Museum »
« 100 Dream Cars: The Best of “My Ride”