The Rolls-Royce Story & The Bentley Story 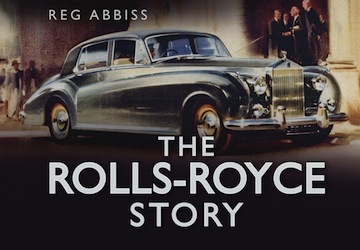 Presenting concise histories of a 100-year-old company is not easy to do but these two small books do, at least for the reader new to the subject. Books like these don’t attempt to be the last but the first word, giving readers just enough to decide if this is something they want to get deeper into. These “starter books” make ideal gifts, especially but certainly not only for young readers. 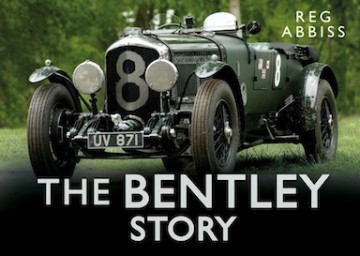 The author is not only a journalist by trade but he was for 16 years the spokesman for Rolls-Royce Motor Cars in North America. He was then and is still proud of having been associated with two of the most storied marques in autmobildom. Being a company’s public face means one thing first and foremost: make the subject exciting, relatable, worth the audience’s time. Abbiss can do that with one hand tied behind his back but his well-deserved reputation as a raconteur rather than a scholar sometimes results in favoring a good story over a totally accurate one. This sounds worse than it is! It is really only the experts’ experts who will spot the sort of micro detail that is either inaccurate (a chassis number here, a coachbuilder attribution there) or has conflicting versions. An example of the latter is the famous Blue Train Bentley, a specific car that in the hands of a specific owner once accomplished a grand feat. It really did happen, but it is known since 2002 that it happened in a different Bentley. The story is still a good story and really not affected by what car was involved. It is, in fact, such a good story that even Bentley Motors keeps telling it, never mind the facts!

So, long story short, make a mental note of the above but don’t let it get in the way of unfettered enjoyment of engaging writing, polished prose, and dry humor. Looked at in the right frame of reference, both the text and the photos really do give a good, sweeping, and intelligent introduction to the topic. To liven things up, every few pages a “Did you know?” blurb expounds factoids such as the fineness of the pumice required to polish glass or that pin-tumbler locks used by the ancient Egyptians inspired those in the Silver Shadow. Considering the sorts of people who bought these often fantastically expensive and eccentric cars it is no wonder that there are many human-interest stories here.

This publisher has a whole series of these little 7.5 x 5″ landscape-format hardcover books, ranging from trains and tanks to ships and spacecraft.