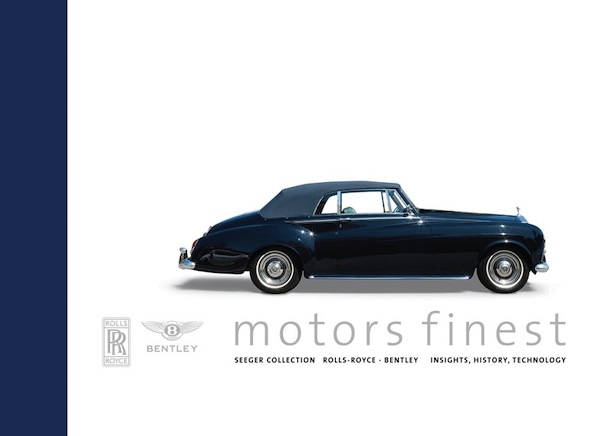 Norbert Seeger is an attorney and financial adviser in Liechtenstein. That his advice is “worth” something is amply demonstrated by the fact that he has the means to build himself a fine collection of automobiles, along with a 7-story multi-purpose now under construction that aside from showcasing his cars on two floors will cater to various commercial automotive activities including storage and restoration.

He has 18 Rolls-Royces and 9 Bentleys and, rare among collectors, believes he is “done.” His collection is complete—so complete that he commissioned this book about it. A fine collection it is, as much for what it contains as what it doesn’t because it is curated with uncommon focus and intent. Seeger knows exactly what he wants and why. This is all the more remarkable considering that he only started developing an interest in these two marques after a chance encounter of a Rolls-Royce Silver Cloud in the early 1990s. 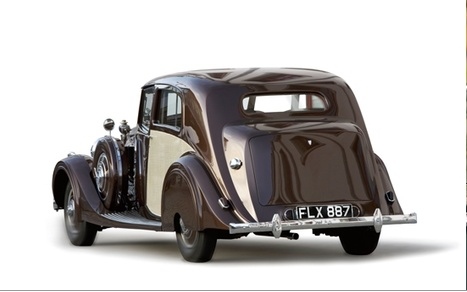 Another reason for limiting himself to 27 cars is that Seeger subscribes to the notion that the word mobile in automobile means cars need to be kept moving—and there’s only so many cars he can look after that are ready to take to the road at the push of a button or turn of a key.

Covering all eras and most models, his collection includes one-off rarities and standard factory-bodied cars with unusual features or ownership histories. If you frequent serious concours, chances are you’ve seen a car from the Seeger Collection. If you know your Rolls-Royces you’ll know that over the decades there were six different models named Phantom; Seeger has one of each, a distinction he shares with The Nethercutt Collection, plus he goes one better in that he has a 2008 Phantom Series I which is what BMW calls the modern-day model they brought out after becoming owners of Rolls-Royce Motor Cars. 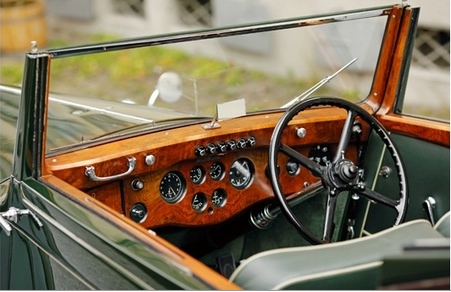 Seeger is of course a member of the various worldwide marque clubs and his book is aimed specifically at such enthusiasts. It is that audience in particular that will relate to many of his notions about excellence and quality and cost/value because company cofounder Henry Royce preached and practiced them all his life:

Whether you’re a car collector or just want to be a decent human being, these are worthy tenets to live by! Seeger professes to being motivated, inspired, guided by these ideas in his professional life and also, repeatedly in this book, applies them to his collection and, by extension, the book itself. But in the latter, by any objective measure, it is wanting. 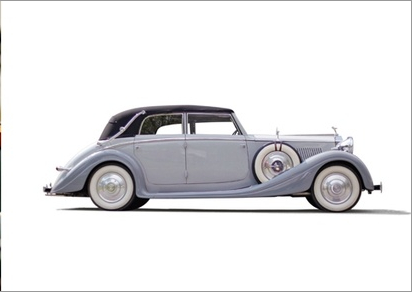 One must, on the one hand, applaud a self-financed cost-no-object book that seeks to be an homage to a fine car crafted by a fine company. Seeger hired fine people to do the job, a writer who’s owned his own Rolls-Royces and was an activist in a Swiss Rolls-Royce club, a founding editor even of their magazine as well as Technical Advisor to the Bentley Drivers Club Switzerland. Peter Müller has spent years on this book, and accompanied Seeger, who describes him as a “true expert,” to concours and archives. Seeger also hired translators (Ger -> ENG), people with whom he’s worked before in his legal practice; they too are R-R/B owners and say they read the manuscript 15 times. What all this means—should mean—is that everyone is totally committed to and capable of creating a product worthy of all the Roycean ideas enumerated above. In various enclosures accompanying the book they certainly all profess to this opus being supremely rewarding and meaningful and gratifying, and as exhausting as it is exhaustive.

On the other hand . . . in adopting Royce’s goal of achieving “perfection” as his own, as Seeger does repeadetly, then there really is no excuse for typos and other irregularities, however minor, to stand. Nor can a reviewer allow them to stand unchallenged . . . Henry Royce was known to box the ears of anyone who was sloppy, hasty, careless. If he saw this book he would not be well pleased.

Well, seeing it is actually very satisfying. It’s the reading that’s not. It is true, that only R-R/B geeks will spot the mistakes—but that’s the very audience this book was written for! There is no point in wasting space here to analyze them; the errors have been made known to the writer (and “under”writer). 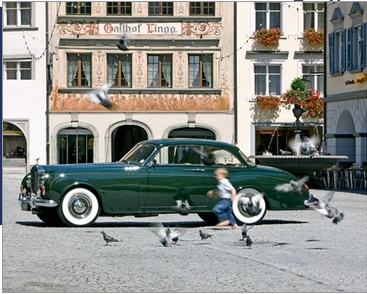 But the photos . . . now here is something to praise! They are the landscape-format book’s primary distinction and you’d never know they’re taken by four different people, all pros, who worked independently of each other. They have captured the cars in truly well-conceived settings and rendered them in distinctive compositions. Each car is accompanied by several all-new photos including detailed close-ups. All are extensively captioned but not individually credited. Specs (and awards won) for each car are listed at the back of the book. The Foreword is Bernd Pischetsrieder who, having represented the BMW faction during the 1988 negotiations with VW (a firm he would join a few years later!), “pleads guilty to having played a major role in the separation of these two valuable makes.”