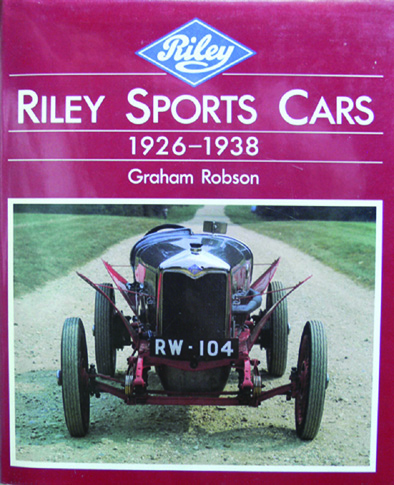 The various companies that eventually became the respected Riley (Coventry) Ltd. moved from a ribbon-weaving enterprise, in decline since the child labor laws of the 19th Century were enforced more and more, through the purchasing of a bicycle manufacturing firm, to two-, three- and four-wheeled petroleum-powered devices by 1898 as the five talented sons of company founder William Riley (1851–1944) developed their skills.

Not only did all five boys go into the family business, they each had a knack for a particular aspect of it and by the end of WW I had ascended to directorships of their private company, with their father as Chairman of the Board. The elder Riley remained particularly conservative, advocating cessation of car manufacturing in favor of making only the wheels that son Percy had developed in 1907 (but failed to fully patent, leading to various legal complications) and by 1912 could be found on the products of 183 manufacturers on both sides of the Atlantic. His advice was not heeded and the cost of bringing relatively expensive cars to a depressed market finally caused the collapse of the firm in 1938.

There is ample evidence that by the 1920s the British car buying public gradually realized that an enclosed saloon was much more suited to their often inclement weather. Riley, having practically invented the modern high performance saloon, the immortal Riley 9 Monaco, found itself in a good position to cater to this market. The Monaco saloon became the basis for the company’s new success, being light and agile with its fabric coachwork on Weymann principles, but it inevitably put on weight, and the 6-cylinder engines with which Percy supplemented the range of available models were very heavy indeed. Rileys’ products were built in-house, or to their design, to a much greater degree than most of their contemporaries, and Air Commodore F.R. Banks in his memoirs I Kept No Diary (Airlife, London 1978) mentioned them as a company in common with few others (including Rolls-Royce, Alvis, Lanchester) where engineers held sway, rather than sales teams. Inevitably, Rileys’ competitors caught up and the small maker struggled.

It’s a good story, of good cars and good people—but too little has been written about Riley. The first proper book, apart from publicity books produced by Riley (Coventry) Ltd. until the 1930s, was S.V. Haddleton’s Riley Maintenance Manual 1930–1956 (G.T. Foulis, London 1956), which was written in response to his son’s having questions about his recently acquired Riley Adelphi, and produced on the family dining room table. The copyright has passed to Sidney Haddleton’s son, and it’s still in print. This was followed by two editions of A.T. Birmingham’s Riley – the production and competition history of the pre-1939 Riley motor cars (Foulis 1965 and 1974). David Styles wrote (and published) As Old as the Industry, Riley 1898–1969 (1982) and followed this by The Sporting Rileys – the Forgotten Champions (Dalton Watson, London 1988) and Riley – Beyond the Blue Diamond (Evenword, Loughborough 1998). A member of the Riley family, Richard Riley, wrote Race to the Top (Mercian Manuals, Birmingham 2003) which has some are new (to this reviewer) information and photographs.

And then there is Graham Robson’s book. A prolific writer with over 100, mostly motoring, books to his name and decades of activity in various aspects of the motor industry, one would think that his skill set is just the ticket to advance the subject. It’s a pretty book, handsome even, on art paper of excellent quality, with good illustrations, some which new to your reviewer, and a center portion of 16 color pages. So far, so good . . .

He has tackled a complex topic, but from the wrong point of view. It is no good to merely lament that Riley built so few sports cars without first examining the social circumstances of Britain in the 1920s or how Riley fit into the overall automotive landscape. Robson was presumably chosen by his publisher because of his writing history. Obviously there are other able writers and one, in fact offered to supervise a second, error-free edition, but was never called upon. There is no evidence that Robson has even ridden in a Riley; he confesses to not being able to fit into the driver’s seat of a Sprite, so has had to rely upon sources contemporary and present-day. His liberal, make that excessive, use of exclamation marks gives the impression he is writing an adventure story, and whoever wrote the photo captions got them wrong about half the time. Rather than applying his own mind, Robson has simply reprinted other people’s remarks about Riley, some adverse or uninformed (one example: brakes).

The book is long out of print and copies usually fetch quite a lot more than the original price; would anyone like this reviewer’s peevishly annotated copy?