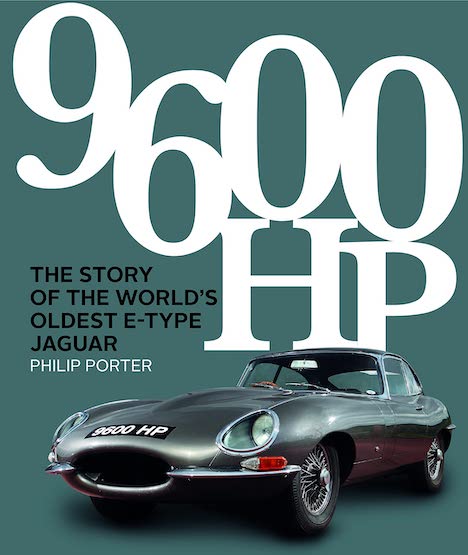 “The world is about to throw off the after-effects of the war, the dull uniformity of the 1950s. Fashions such as mini-skirts and outrageously long hair are about to satisfy the clamour for individuality and self-expression. It will be the era when the young break free, shock their parents and challenge the Establishment. This new sports car will shock, it will break conventions, it will make the pulse quicken, it will exude sensuality. With unintentional but perfect timing, it will be a seminal ingredient of the era popularly christened ‘The Swinging Sixties.’”

There are some hardened souls who are not moved to poetry by “the sleek, long, low projectile” that is the E-Type, or who hear in its stirring engine sound only so much noise (often described as ripping silk—true that, just hitch a ride in one!). No matter which side of such subjective matters you come down on, the cold hard historic fact is that the Jaguar company had begun to lose the luster of its glorious past. Everything was riding on a new halo car. 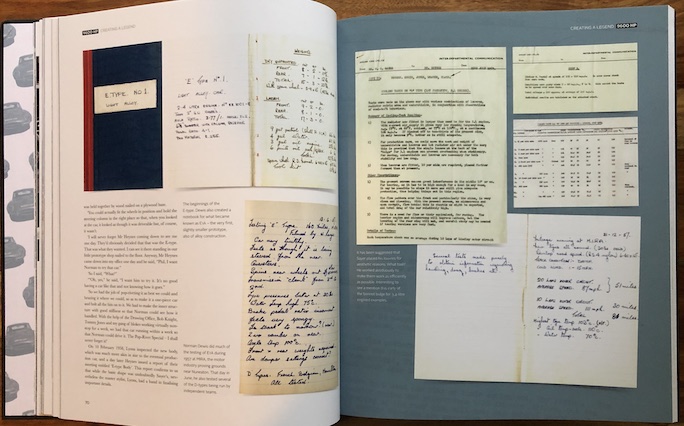 And the E-Type hit it out of the park at the 1961 launch in Geneva. Consider, for instance, that some months later at the Earls Court motor show even someone as famous as race driver Jim Clark “hadn’t a hope in Hell” of jumping the queue—he even offered to buy the show car straight off the stand, probably at a premium, but was told that fellow racer Innes Ireland who had put in his order months before had beaten him to it. 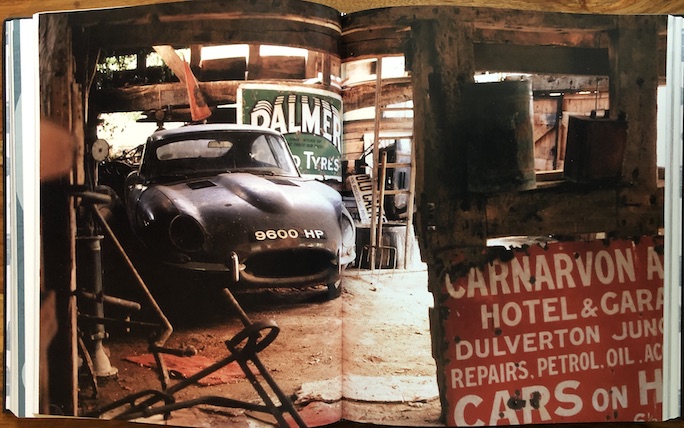 The press car at the launch in Geneva had the registration number 9600 HP (from the former Prototype No. 7). It was driven there from Coventry in a mad nonstop last-hour dash, arriving with 20 minutes to spare. That alone is an epic story, but it is only one of many which is why it deserves an entire book. That it is written by its longtime owner and all-round marque expert Philip Porter means that no one could have done a more thorough job. Porter’s place in the Jaguar world is quite without equal, from club founder to concours judge to starting a publishing house with a core focus on Jaguar topics. He is, in other words, uncommonly well connected and has assembled over the course of 35 years a massive archive. This book is the better for it. 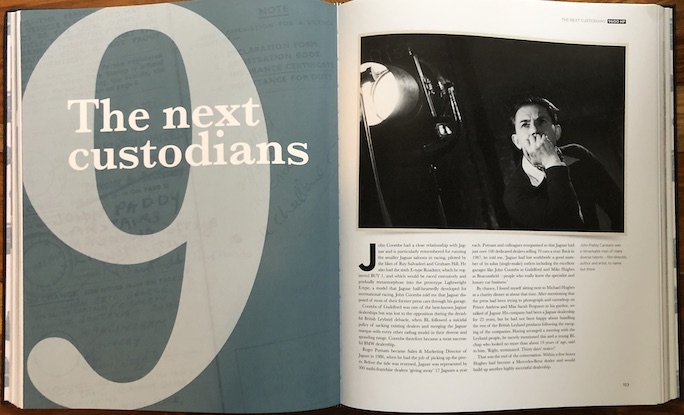 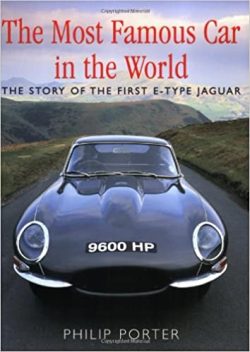 Readers with a long memory may well recall that there already was a book about 9600 HP, and that it too was by Porter. It was based on a series of 1999/2000 magazine articles by him, at the conclusion of a “fanatical” restoration. The book’s publisher, Orion, forced upon him the bombastic title The Most Famous Car in the World, and Porter was only able to sneak a word of dissension into the Introduction. In this new book, he devotes a good third of the Intro to distancing himself from that “tacky boast . . . that did me a lot of harm.”

The new book is some 70 pages longer, thanks to revised/updated as well as altogether new material. Among the latter are never before published drawings and photographs from the late Jaguar aerodynamicist (he hated being called a stylist) Malcolm Sayer who had also done the C and D-Types and the XJ13 racecar, even developed ideas that foreshadowed the XJS, XJ220, and F-Type. All these riches come at a cost, and, no, for once we do not mean price (the book is absurdly cheap)—its the 320 pages of 6-point type that will take their toll! One is tempted to remind Porter of a criticism he himself levels at the early E-Types: if Jaguar had only spent £100 more (i.e. less than 5% on a £2100 car) for better-quality parts, customers would have willingly paid it—an E-Type was faster than a Mercedes 300SL or Ferrari 250GT but cost less than half!—but also nipped in the bud “the beginnings of an attitude [of not listening to customers/dealers] that would later bring Jaguar to its knees.” 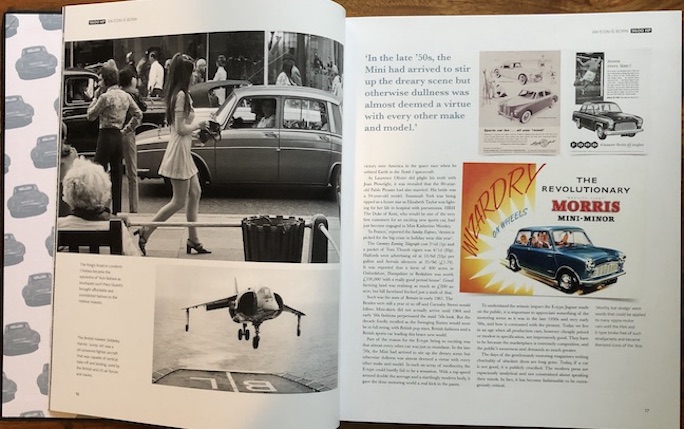 The Swinging Sixties in full swing.

To fully lay out this arc of events, Porter picks up the thread in the 1920s when Billy Lyons and William Walmsley figure they ought to go into business. A quick romp through the subsequent decades in which Jaguar cars establish themselves as competent and in some ways dominant competition machines takes us to 1959/60. Not only are various cars of the era discussed but also Life As We Know It, from politics to fashion to economics and even the psyche of drivers and their expectations of types of cars.

As the focus shifts to the E-Type, more and more quotes from contemporary sources and interviews/conversations between Porter and key people in its development are woven into the story. As 9600 HP enters the picture, the book becomes a master class in how people who own important cars, and perchance go to the trouble of writing about them, should do it so as to paint for posterity a full picture. It is too common, and too regrettable, that often such books skip over matters such as the reasons the writer desired this particular car, how/when/where it was acquired, restoration details etc. etc. This book covers everything. 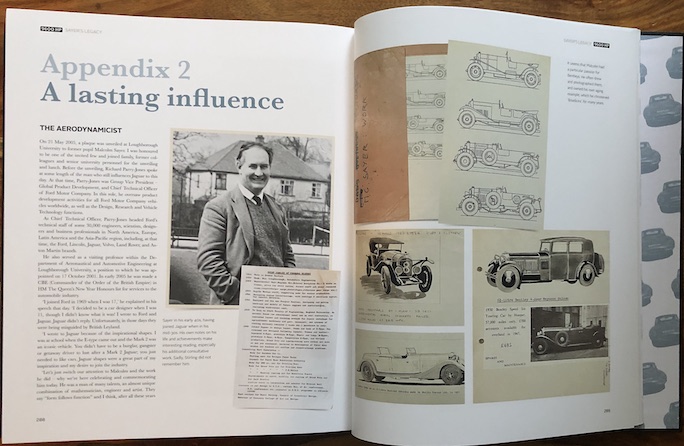 Three Appendices of some 35 pages introduce Sayer-specific text (see above) and artifacts into the record, from school records to scrapbooks to cartoons by him; and there is a fine Index! 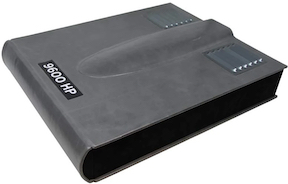 If ordered from the publisher the book will be signed by the author. As is typical for Porter Press, two premium versions are offered. The Collector’s Edition at £450 (ISBN 978-1-913089-40-5) runs to 96 copies in grey leather and silver-edged pages, slipcased, and signed by Porter and Ian Callum. But the really unique version is the £2,000 Unique Edition (ISBN 978-1-913089-44-3, left) that in addition to the foregoing contains an actual piece of 9600 HP from when it underwent restoration! And, the clamshell box has the iconic “bonnet bulge” 3D-printed on the front and also metallic hood vents.

In the Intro Porter wrote “Hopefully this book is no dry technical paper but rather a romance, a celebration and a detective story.” It is just that, and also simply a very good read. Don’t miss it.

A parting thought (about the standard edition): for a publisher to offer this much book for so little money only shows that it can be done . . . which makes everyone who doesn’t look bad.