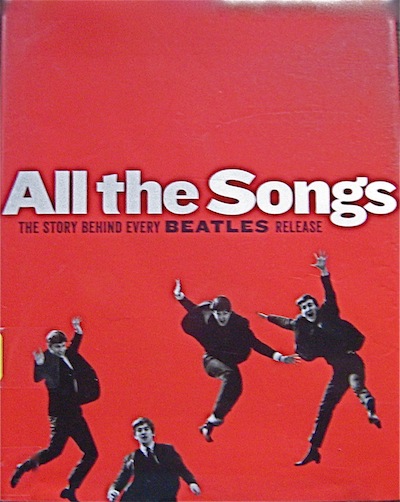 When a work of art balances its content and its form, when these two factors define and enhance one another, critical approbation is assured. This magic just does not happen in All of the Songs; the book is wanting in both.

As far as content, along with introductory essays for each of the albums, there are two- to four-page presentations for each of the officially released Beatles songs given in order of release date. Material from bootlegs, live recordings, and the Decca sessions is excluded. These entries outline the songs’ origins, note the actual composer (officially, Beatles songs are attributed to Lennon/McCartney, but in many cases only John or Paul is the primary or sole writer; cover songs are also listed), catalog recording details, both anecdotal and technical, and offer items of trivia for “Beatle Fanatics.” Many of these last bits describe minor glitches or leaked sounds that can be heard—assuming good audio equipment and an attentive ear—in the final product, a squeaky drum pedal, for instance, or a background exhortation. It is evident that Guesdon possesses both the right equipment and an excellent ear; at times he challenges Mark Lewisohn, perhaps the Beatles authority today. The details of song gestation are often fascinating, but many are thrice-told tales, and, because of the bibliography of only 33 entries, it is apparent that Guesdon and Margotin mostly rely on a limited number of sources, with Lewisohn, Hunter Davies, Barry Miles and The Beatles Anthology predominating. 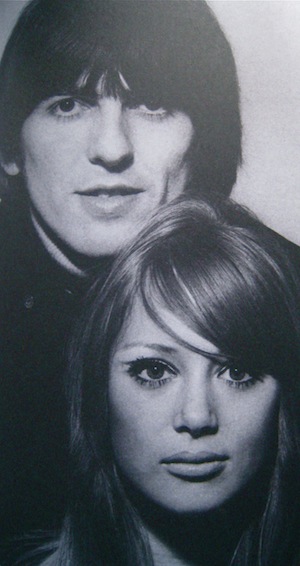 They made full use of these, however, comparing source notes, using a question mark to show conflicting accounts or insufficient evidence for a given fact or attribution; but even so, a complete bibliography of Mop Tops material would cover hundreds, if not thousands of pages. Where is Lennon Remembers—Jann Wenner’s in-depth interview? Where is Bob Spitz, David Quantick, or Lester Bangs? Despite such shortcomings, the information is noteworthy and there are some surprises. The organization of the book is its strong point; having a quick, go-to source for each song makes for a valuable reference.

The art of the book, its presentation, is also unsatisfactory. The dust jacket, red with the leaping Hard Days Night Beatles, shows competence, but considering the wealth of material from which to choose and because of available design programs that provide unlimited graphic possibilities, it could have been better, much better.  Inside the book, the graphics are lackluster and too many of the accompanying photographs are muddy and not necessarily well chosen. Were there problems procuring copyright permission? Was the art director not up to snuff? Whatever the reasons, All of The Songs should have been much more attractive than it is.

As said, the book is an excellent, well-organized resource, and certainly should be on the shelf of every public library. Whether or not it should be in your library depends on how much of a Beatles Fanatic you may be.

Maserati 250F »
« Lockheed A-12, The CIA’s Blackbird and Other Variants