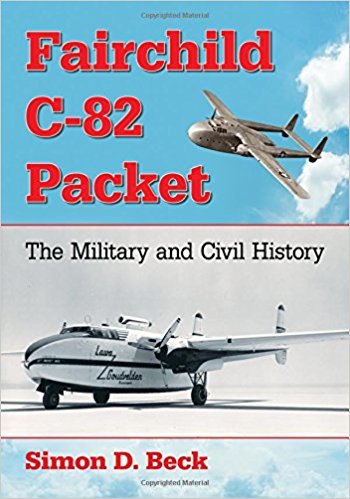 “Some may say the Fairchild C-82 Packet had a fairly obscure service history, but as can be seen from the pages of this book, no doubt it was sometimes a very colorful one, and one that left a lasting impression on cargo aircraft design that endures to this day.”

“The Flight of the______.” If you can fill in the blank, you know this lovely aircraft. From the movies. Although . . . only the original version of the movie, in 1965, used the Packet that this book covers; the 2004 remake used a remake of the C-82, the C-119 Flying Boxcar but both types share the same basic architecture of a railway-style boxcar fuselage and twin-boom tail.

The reason to start the review with this bit of movie trivia is that it was the author of this very book who in 2005 definitively identified the aircraft used in the first film. He considers this among his greatest accomplishments, which 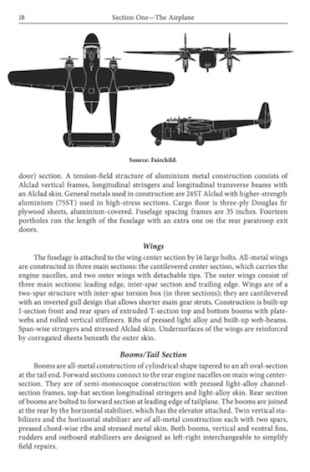 sounds like an odd claim to fame to only those people who don’t know how difficult such a thing is! And it is that movie that spawned an almost life-long interest in this particular aircraft (he even runs a remarkably in-depth website dedicated to the C-82), and, really, all things aviation. If his name sounds familiar it’s probably because of a fabulous guidebook he wrote in 2016 that combines his interests in aircraft and movies, The Aircraft-Spotter’s Film and Television Companion.

A decade of research has gone into the C-82 book and it is as singularly useful and practical as the aircraft it’s about. Not much had been written about the C-82 so Beck well and truly is king of this particular hill. The book also represents the first published account of the C-82 largest civilian operator, Steward-Davis Inc. who, after 1955, became the sole type certificate holder when Fairchild no longer supported the aircraft (especially noteworthy in regards to the Jet Pack auxiliary power unit that was meant to fix the C-82’s Achilles heel, outright dangerous single-engine performance). 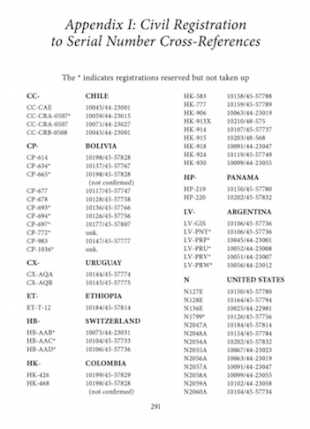 Designed originally as a bulk cargo and paratroop transport during World War II the Packet offered outstanding capacity and the first practical roll-on/roll-off end-loading and also air-drop capability. Naturally this utility kept the C-82 in civilian and commercial service after the war, for decades but in limited applications, and all of this—all of it—is covered here. In that regard it helps that the Packet was built in only relatively small numbers and so every one of the 224 airframes (compare to 1185 for the C-119) is detailed here, from design parameters and technical specs to operational histories. Multiple appendices offer lists of serial numbers/registrations, losses, operators and survivors, and a reproduction of a pilot’s checklist. Smartly, a list of abbreviations has been put at the front of the book (skip it at your peril!), and at the back, hooray, hooray, there’s an Index (and a Bibliography).

Those readers to whom books like this are not just entertainment but tools will love a section entitled “Block Number Mystery.” The full C-82 sequence has never been published (nor, strictly speaking, did it ever exist in a permanent, methodical form) and the list and explanation published here represent an interesting bit of forensic work.

A car connection: readers who follow US sports car racing in the 1950s and ‘60s may recall seeing C-82s in period photos of Sebring Raceway. Data about those airframes surfaced just as this book went to press and is appended here. 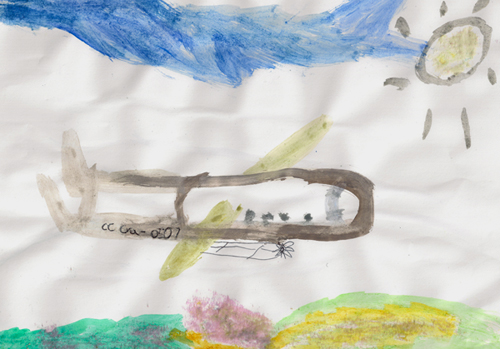 Entirely random observation: Beck was eight when he got hooked on the C-82; this drawing was made by his daughter—when she was eight! [©2004 http://www.c82packet.com, used by permisssion]

The Beauty of Time: The Watches of A. Lange & Söhne »
« Dogfight: The Supermarine Spitfire and the Messerschmitt Bf109