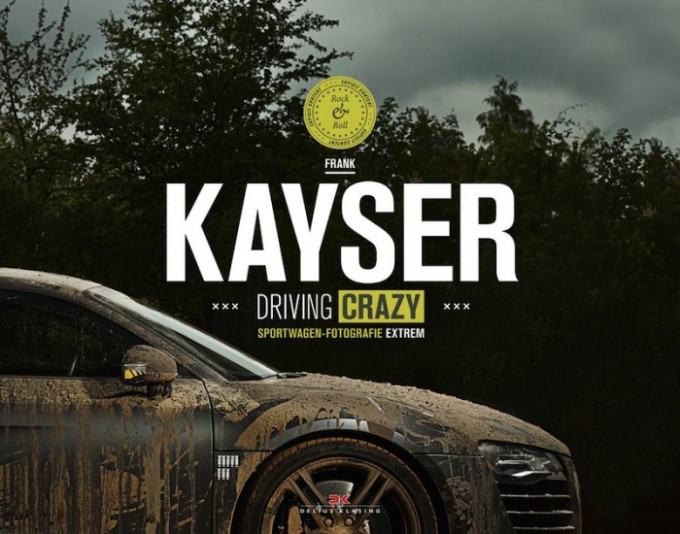 “In an ideal scenario, a car becomes an icon, which you can feel something like love towards. It is one of the greatest moments of happiness for a car designer when a photographer is able to expose a car’s soul and visualize a design’s philosophy beyond the art of engineering.”

(German, English) You’ve heard of photos that look so realistic that it seems you could reach out and touch what they show. If you reach out and touch this book cover, you’ll feel something unexpected: the dirt on the car is actually gritty! This is thanks to a rubberized texture—just one of the many “extreme” features the subtitle alludes to.

If the quote above didn’t sufficiently stir you it may be because you’ve lived under a rock for the last ten years and think plaudits from a mere VW man are mere noise from the sidelines. Hah. Audi, Bentley, Lamborghini, Porsche, Bugatti and Ducati are part of VW Group, and de Silva ranks among the very important product designers of our age.

But, back to that cover. What’s a confection like that doing all muddied-up in the first place? And why are there, warplane-style, eight bombs painted on the fender? The book explains—nothing. (The Audi is Kayser’s.) Because explaining is not what it’s about. What it is about is that quote above. In fact, if all you’re interested in is yet another glitzy siren call for sexy cars with sexy people in sexy locations, this book will leave you singularly cold and the hole it will leave in your wallet singularly hard to justify. But if you have an affinity for photography, and storytelling by means of photos, and for design, and more importantly the meaning of design, then this book will be enormously entertaining. 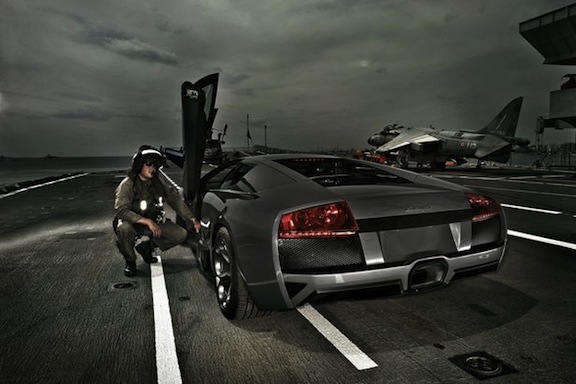 Self-taught German photographer Kayser (b. 1967) specializes in automotive and people-centric subjects, dressing his sets with the flair he used to bring to his fashion photography (and may one day to the movies he wants to direct). That Kayser in German means Emperor naturally lends itself to all sorts of word play but he himself could certainly not be bothered to willingly wear the Emperor of Photographers hat. To say he has a signature style is limiting because 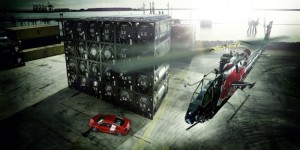 it implies repetitiveness which is anathema to his intent but there is no point in laboring over describing it; you have to see it. How he stages shots and manipulates the moving parts—light, shadow, contrast, tone, and actual moving parts like cars—is certainly uniquely recognizable, edgy and aggressive. He trots the globe, shooting for any image-conscious big-name, big-time client in the automotive and pro-sports worlds you can think of and in 2011 he even was the ofﬁcial photographer of the 24 Hours of Le Mans. You’ve seen his work 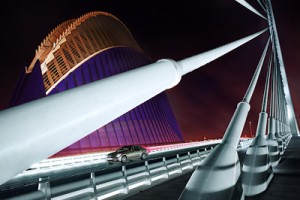 even if you didn’t know who the lensman was. One of the four interviews that constitute the only narrative text in this book is with Ioannis Karanasios, the Art Director who designed this book who says of Kayser: “He takes dark and, dirty photos. He stages exceptional drama as only very few can. . . . The Kayser look is rough and raw. It’s less of a look and more Kayser’s attitude.” Just so. 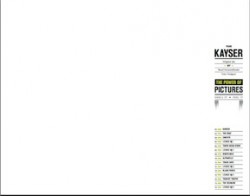 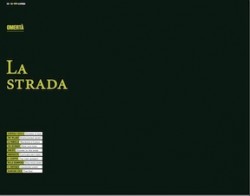 In addition to de Silva’s opening remarks there’s an interview with Lutz Sündermann who art directed a shoot on an active aircraft carrier for the award-wining Lamborghini Magazine (first photo, above) and then the book publisher’s Head of Corporate Publishing, journalist Edwin Baaske, offers his insights into what makes Kayser, well, the Kayser: “Anyone who gives it their all will be well acquainted with the thunder that strikes you in an almost Faustian way when you sacrifice almost everything for one single moment of perfection.” Just so.

The oversize, landscape-format book (14 x 11”) showcases multiple views of individual cars—some across the entire spread— and sporting events like Laguna Seca or the Tourist Trophy, the latter obviously not about cars, nor, for that matter, motorbikes, but people. In the absence of any sort of commentary or guidance, whatever “stories” Kayser saw in his mind’s eye as he took the photos won’t be the same as the reader’s. In other words, audience participation required.

The book is supremely well produced. For once you can fondle the photos without fear of fingerprints because they are printed on matte paper. The back cover is emblazoned with the words “Kayser. The Power of Pictures. Smell It * Feel It.” Just so. 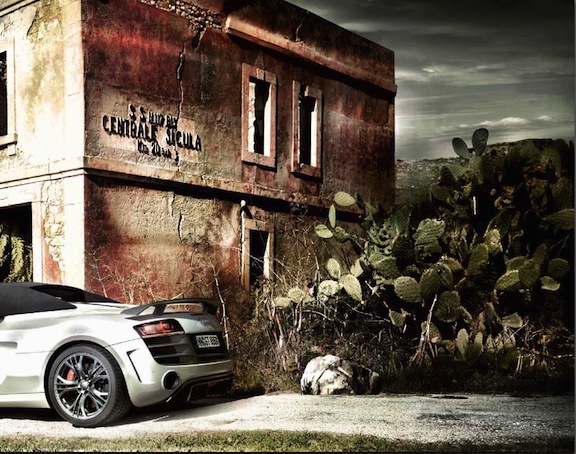 The 2013 release of the book was accompanied by a show at the Automuseum Prototyp in Hamburg, Germany and it won a special prize the same year at the 2013 ADAC Motorwelt Autobuch competition.