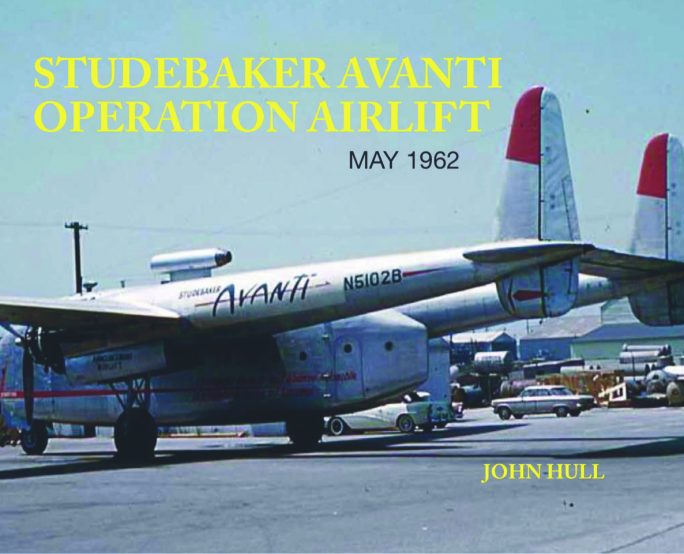 The best way to describe this book is it is a “photo history” for only a half-dozen of its 91 pages have editorial content. The preponderance of pages are filled with period photos and reproductions of company documents and newspaper articles. All relate to Studebaker’s news-making and historic May 1962 Operation Airlift tour that heralded the coming of Avanti.

The images illustrate and document a series of events that may be unfamiliar to some.

The day after an Avanti made a first-ever public appearance anywhere—it happened to be at the New York Auto Show—it and another prototype were loaded into the bay of a cargo plane and flown around the country with portable bleachers, turntables, and all the paraphernalia needed to put on introductory presentations to area dealers, press, and invited guests coordinated to arrive via ground transport. Following the presentation, all was re-loaded and onto the next destination—in all over twenty cities during the month of May 1962. It was a first-ever introduction of this kind and required masterful logistical planning and execution.

In addition to photos, some of which have been published before but others not, author Hull has sourced the cargo plane’s logbook. Those pages related to these Avanti-carrying flights are reproduced. Hull has also included two pages that trace the entire history of the actual aircraft used, a leased Fairchild Republic C-82A (the same type of aircraft that starred in the movie Flight of the Phoenix), from its date of delivery in 1947 to the USAF and its subsequent decades of civilian service, right up to its location today. Six years into civilian service the then owner had the cloth flight control surfaces converted to metal. The following year, just prior to the aircraft being leased by Studebaker for the Operation Airlift Avanti introduction, its Pratt & Whitney R-2800s were updated and the Jet-Pak, that is clearly visible atop the fuselage in this image from the book’s title page, was added.

In retrospect (given what is now known regarding the health challenges Studebaker president Sherwood Egbert was in the earliest stages of learning about and dealing with), three of those previously mentioned company correspondence documents seem particularly poignant. Two are letters written by a zone manager to, respectively, Sherwood Egbert’s brother Willard in Seattle and his father Harry in Yakima inviting each to the Seattle, Washington presentation. The third letter is to Sherwood from his marketing vice-president Lewis Minkel, who had been part of and a presenter on the introductory tour. Minkel’s letter is dated 25 May 1962 and shared the news with Sherwood that his brother and sister-in-law did attend but that Minkel understood father Harry was at that time visiting with his son. Minkel also commented in the same letter that one of Sherwood’s sons had been at the presentation in Los Angeles.

Your reviewer is privileged to know a one-time Studebaker dealer who attended one of those presentations. Steve LeFevre is today retired and living in Southern California. He recalls that day he attended the Avanti introduction, then as owner of LeFevre Motors located in Brookings, South Dakota. 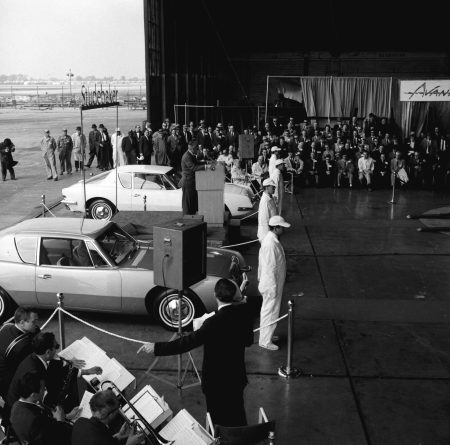 LeFevre has observed that, “Very few of us are still around who had front row seats to the birth, life, and death of the Studebaker Avanti.” He went on remembering, “There was a special passion and spirit that went with this super-styled and high-speed automobile. The atmosphere was electric the day we watched the C-82 aircraft land. The back of the plane opened up and first one Avanti emerged down the rear ramp, then another. Then, seated in bleacher seats on specially made cushions each bearing an Avanti emblem we enjoyed this introduction. It was a thrill that both myself and my at the time five-year-old son Shawn would never forget! Immediately there was a feeling of ‘I have to own one of these futuristic machines.’ The hype was on as the story of the styling and engineering was presented to us.” 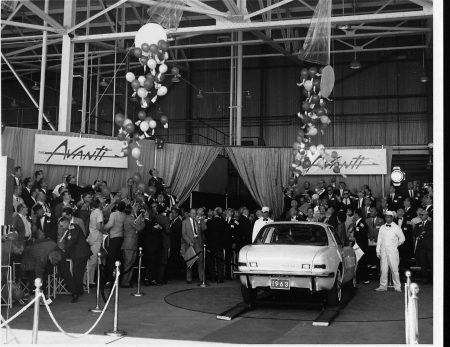 You are invited to obtain your own copy of the memory-filled Operation Airlift and see scenes like the two images we show here and that people like Steve and Shawn LeFevre experienced. Plus you’ll get to see and read the other historic Studebaker Corporation documents for yourself.