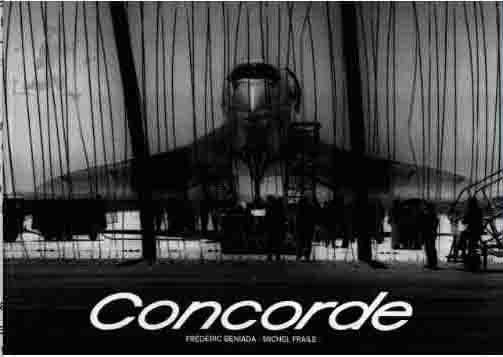 “Concorde has been underestimated. In time we will understand what a step forward it was.” So said cellist and conductor Mstislav Rostropovich who always flew Concorde with his cello in an adjacent seat and was one of the 60 passengers on its last transatlantic flight from Paris to its resting place at the National Air and Space Museum at Dulles airport in Virginia. All through its life, Concorde was polarizing: build cost, noise, punching holes in the ozone layer, operating cost and in the end even disposal cost. Over its 27-year life, the 16 Concordes (of 22 total) in airline service flew 14,000 flights and hauled 4 million passengers. One 747 Jumbo Jet does that in a few months. Still, in terms of technology and human aspiration, Concorde has no civilian equal. 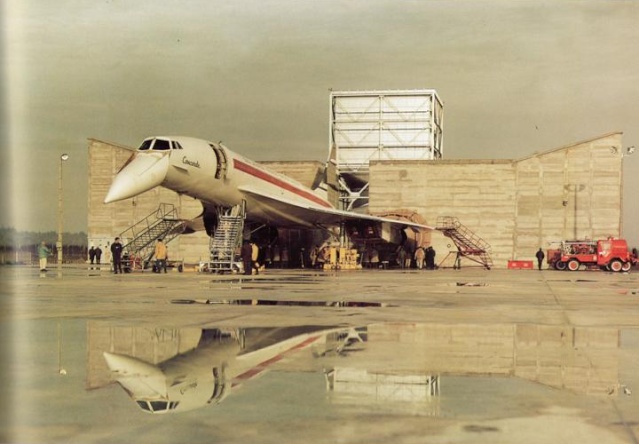 This is the English version of a French book first published by Hachette a year earlier. It is a tribute to the plane and the people who built and crewed it, not an all-inclusive nuts and bolts history. The photos are the heart of the story—open, the book is over 30″ wide! And they are, intentionally, chosen for their emotional impact. Just take a look at the cover photo: pretty bird hangs head behind cage. (Well, it’s really only a stop-barrier at the end of the runway and the nose is down because that’s the only way the pilots can see where they’re going. Still, shooting it that way is meant to evoke a particular reaction.) The Foreword, too, by the French Space Agency official Jacques Arnould strikes a pensive, philosophical tone, linking this grand experiment to the cautionary tale of Daedalus and Icarus.

Beginning with an overview of supersonic flight (Chuck Yeager broke the sound barrier in 1947) and delta wing theory the book covers military (Griffon and Mirage, V bombers,) and civilian (Comet, Caravelle, 707) milestones as well as the economic and political situation that led to the French/British concord (hence the name!) agreement to develop a supersonic jetliner. The first designs date to 1956 and the photos make a grand statement: Concorde looks futuristic even now in the 21st Century. Imagine seeing its otherworldly sleek shape in a 1960s hangar surrounded by bulbous early postwar trucks and people in leather aprons.

The key aspects of design, testing and first flights are described and mention is made of the Russian Konkordski, the short-lived TU-144, and the industrial espionage behind that project. The American Boeing SST project is dispensed with in two sentences. It is commendable that the authors draw attention to an aspect all too often unknown to the public, that of Concorde’s use as a science platform, both on dedicated science-only missions to observe celestial events and also the everyday use of particle detectors over 10 years to measure gamma radiation in the stratosphere.

Further chapters describe life on board—from uniforms to cabin service, dishes, and menus—and a typical flight from preflight checks to touchdown. In the former we find one photographic misstep: a very well-known photo of passengers seated in the cabin is shown, full-page, but is here flopped (impossible to mistake, p. 114) and it is not disclosed that this was a staged photo using BAC employees sitting in a mock-up of the fuselage. While use of this photo flopped doesn’t weaken the story arc it is pretty bold of the authors to think that people wouldn’t notice! Speaking of the cabin, what none of the photos here shows well is just how narrow it really is (only about 8 ft).

Minimal mention is made of the one and only crash of a Concorde, in 2000, probably because the plane’s business case had come to an end already anyway. The current whereabouts of 17 planes are listed. 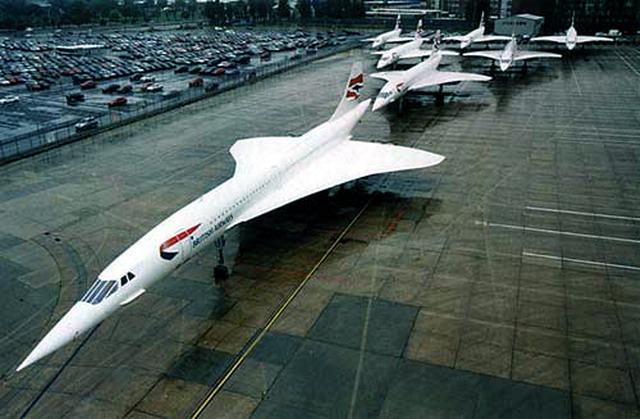 Given the book’s format the photos are obviously large, several stretching over both pages of a spread. They tell a complete story and in an intense way. A photo of a Concorde during cold soak, forlorn on the tarmac somewhere in Alaska in a blinding snow and surrounded by sled dogs, does more than merely freeze a moment in time, it makes you gasp at the incongruity. Or a close-up of a shock absorber, or the Braniff hostesses in their spacesuit-inspired uniforms. It celebrates engineering, man putting his forming hand on the world around him, imagination, vision. Naturally, there is a plethora of take-off, landing, in-flight, and maintenance shots. Even some of these are evocative in the extreme: a Concorde on a barge on the Thames in front of the Houses of Parliament, in formation with the Red Arrows, the fly-past of four Concordes marking 10 years of commercial operations, the Pepsi plane in Dubai.

The photos are sourced from many official and even private photographers. Especially noteworthy is the work of Jean Dieuzaide (1921–2003), an acclaimed exponent of highly graphic images (he did the cover). The book ends with Concordes on posters and postage stamps, in movies and on pinball machines, and a table of key dates. The high-quality paper is kept in check by sturdy cover boards to prevent bending. Both authors are aviation enthusiasts. Beniada is a news journalist and pilot, Fraile acted as photo editor. They did a similarly sumptuous book about the Boeing 747.

There are not enough superlatives to describe this book. You will spend hours studying the photos—$60 is an absurdly cheap price of admission!