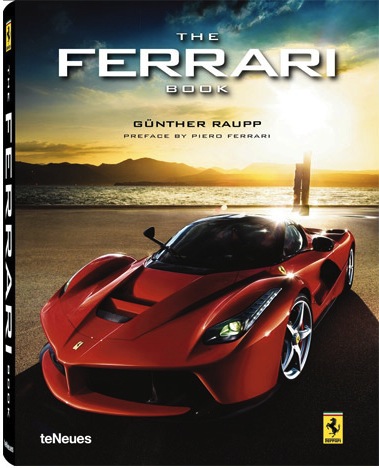 (English, German, Chinese, French, Italian) If you are a visual person you will marvel at the photographic riches on offer here—and you’ll also have the good sense to take the book in bite-sized pieces lest the visual onslaught dulls the senses. In this Christmas season it is not far-fetched to make an analogy to a Christmas calendar: open one door each day. Of course then it’d take almost three months to partake of the 80-odd cars here, and who can resist that long?!

If you are a Ferrari connoisseur you surely recognize the photographer’s name and may even know that he’s been Ferrari’s appointed/anointed photographer for now 30 consecutive years. Such is his standing in the community that auction catalogs use the fact that a particular lot has been featured in a Raupp Ferrari calendar as a bonus point.

In 2008, Raupp published his first book of calendar photos and this new book is pretty much the same flavor—except more, and in every way. Obviously there are five more years to include now but it’s even taller by ½ inch than the first one. At 11.25″ wide and 14 and 14.5″ tall (29 x 37 cm), neither one will play nice with other books on your bookshelf and they’ll require their own space. 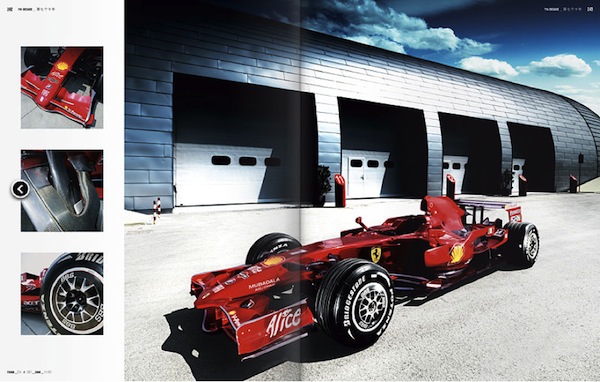 Even in this supersized format they can’t touch the 27 x 19″ (70 x 50 cm) calendar size, plus the fullness of the images’ effect is—and there is no other way to say it—marred by the book having a flat spine which prevents it from opening fully and laying flat. Not only does this swallow some detail, it “interrupts” the flow of the image. In most books, if they have crossover images at all, this is an inconsequential issue but here it really does weaken the effect. (The first book [same publisher], incidentally, did have a rounded spine and avoided this problem.) 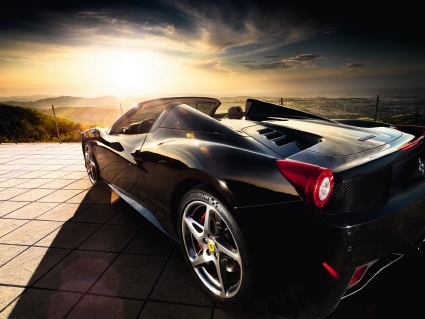 Speaking of Raupp’s calendars: if you’ve been collecting them faithfully you’ll have seen most of the images in this book already—but you’d have spent a minor fortune. Much of what we wrote in our review of the first book about the quality and originality and impact of Raupp’s approach to shooting cars applies here.

Ferrari’s Vice Chairman Piero Lardi Ferrari (Enzo’s second and only living son) once again wrote the Foreword and once again lauds Raupp’s knack for not just taking generically pretty pictures but capturing the secret sauce that makes a Ferrari a Ferrari: an understanding of the form-follows-function tension that makes Ferraris not just generically pretty cars but sophisticated technology packaged a specific way. “How can a viewer, with nothing to go on but the silence of a page with a photograph, imagine the sound an engine makes? Thanks to special camera angles and the skillful use of light, over and over again Raupp successfully conveys the exact essence that makes a Ferrari what it is: pure emotion.” If you think these are just empty words or hyperbole, go photograph a Ferrari yourself—if your photos look even a little bit like Raupp’s maybe its time to quit your day job! 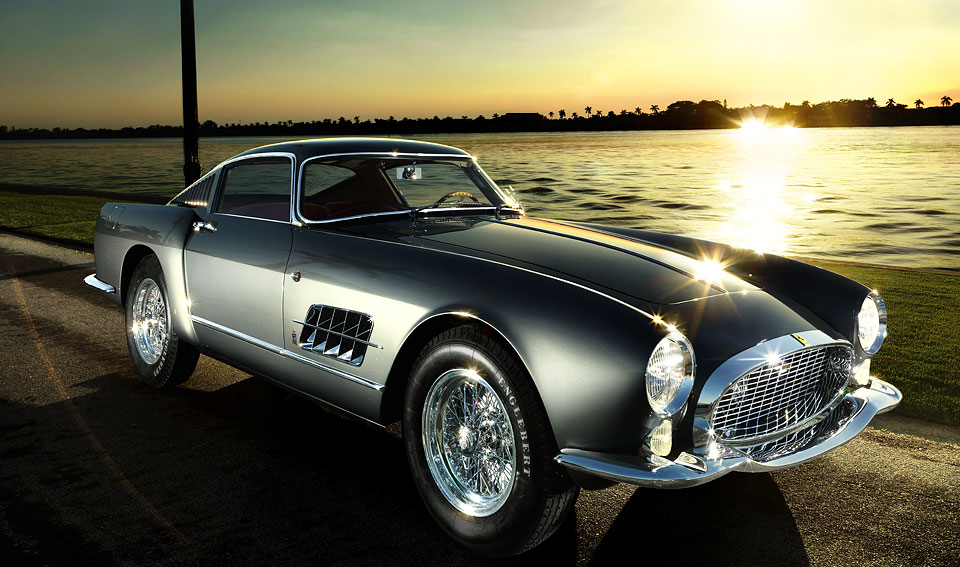 The posterized effect gives these photos an airbrushed signature look. From tire texture to tree foliage to chrome glare, everything has an over-amped intensity, a certain shrill brightness that doesn’t exist in actual reality (hence the earlier remark to take these photos in small doses). Consider this book a master class in storytelling by way of photo. There are limits to being able to control the environment when you shoot a car in the open but you’ll see innumerable examples here of either very clever planning or very good luck—and the quick-thinking ability to capitalize on it: a race car standing still, against a sharply defined background of wire mesh—but a flock of birds in the air is all blurry. This is no random accident.

Of course, the totality of the visual effect (highlights, light bounces etc.) would not be possible without post-shoot computer manipulation, but that too is part of the art and the craft. New to this edition is the Chinese text, surely indicative of that country’s great appetite for luxury and prestige cars.

The book begins with an Introduction by motoring journalist Werner Schruf (who, as Raupp too, owned a Dino for many years. Raupp still owns his, since 1984, and the book includes the famous photo of the odo on his 246 GTS about to click to 100,000 km.) Don’t skip the foreign-language sections of this intro because they all contain different archival photos—all b/w, even the modern ones—and they are captioned in all five languages. Divided into seven decades, each is introduced with a short paragraph of pertinent history. Each featured car, from the 1948 166 SC to the 2013 LaFerrari that Raupp considers the most spectacular vehicle he has ever photographed, is shown in a number of photos large and small. There are no explanatory captions, merely car data (type, chassis no., year made, which calendar it was first shown in). The captions are always on the bottom right, and always overprint the photo in either white or black—meaning they’re not always clearly legible against the often finely textured and/or dark background of road surface etc.

A few pages at the end document exhibitions of Raupp’s work. Imagine a 40ft photo of one of his gleaming, screaming cars! Duck and cover! A short bio precedes a visual Index of thumbnail photos accompanied by car specs.

This publisher’s name is synonymous with the most opulent of opulent books; paper and printing are class-leading. (There is no dustjacket which, considering the size and weight of the book, is just as well.)

If all this is not splendiferous enough, there’s a limited signed Collector´s Edition of 100 copies in a clamshell box including one of two numbered photoprints. A cool $2500 before December 31st or $2800 afterwards.