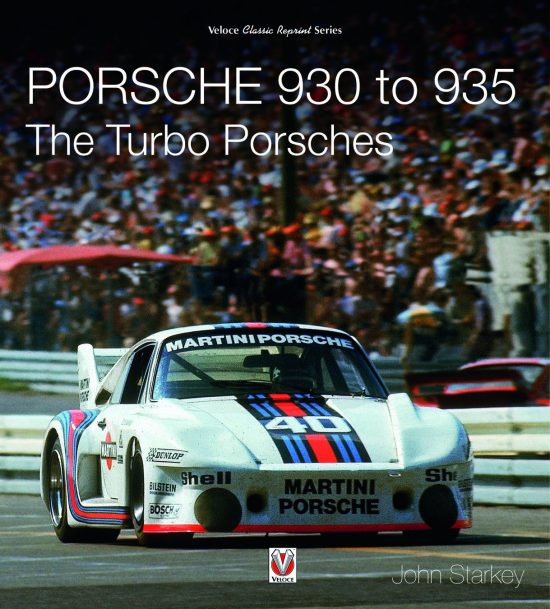 “The CIS [forerunner to the FIA] reconsidered their future rule changes. They announced that as of 1972, their policy would be to encourage race cars directly developed from road cars, an attitude that perfectly suited Porsche as they were, even then, starting to build the 2.7-liter RS Carrera.”

When this book first came out in 1998 it was probably the first in the otherwise voluminous body of Porsche literature to address the 911-derived Turbo models, particularly from the racing side which was the author’s forte since he was then a quite active racer himself and in fact owned and campaigned one of these models. The book clearly resonated with readers because it sold out quickly and was reprinted only two years later and that edition too sold out quickly. Both of these are still easily found today albeit at quite alarming prices. Since then, several other books have tackled the subject and one in particular, Ryan Snodgrass’ Turbo 3.0, Porsche’s First Turbocharged Supercar, has raised the bar to a well nigh unsurpassable height. If you have a Turbo Porsche then you will have the $395 to get that book, and you’ll never want for more because it covers every angle of both the roadgoing and the racing models and in a top-notch presentation.

It is only in comparison to that book, and also Gabriel’s Porsche 911 Turbo– Aircooled Years 1975–1998, that this third and enlarged edition (2018) of the Starkey book comes off as the poor relation—which sounds unkind but isn’t meant that way. Indeed, Starkey focusing on the racing context, from car handling to race action to drivers, is helped immeasurably by his background as a racer (running various Porsches and other marques) and nowadays a broker of racing cars. His connections have yielded many a name to interview and the book is brimming with quotes and other first-hand commentary. 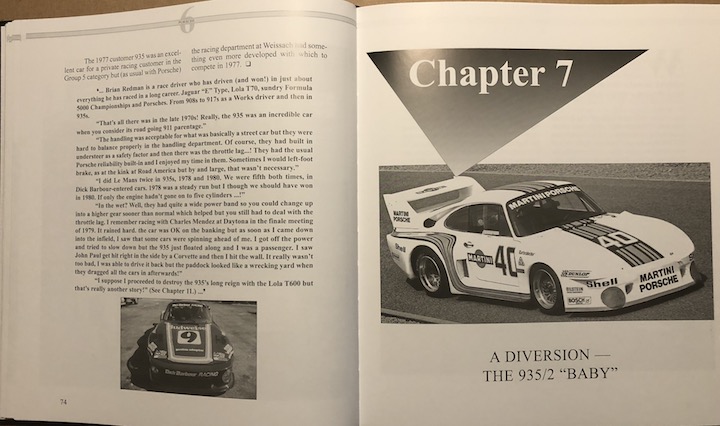 The text has remained basically the same, certainly the organization of the narrative has, but there will be the odd micro detail snuck in here and there. The front matter has carried over unchanged which is not ideal since the last edition ended with the Gen 5 iteration in 2000 and much has happened since; only a footnote to Starkey’s Introduction is specific to the new book and it singles out the key improvement this time around: the chassis histories are “dramatically expanded.” They make up a good half of the book, as they had before; there are about 60 additional pages in total. 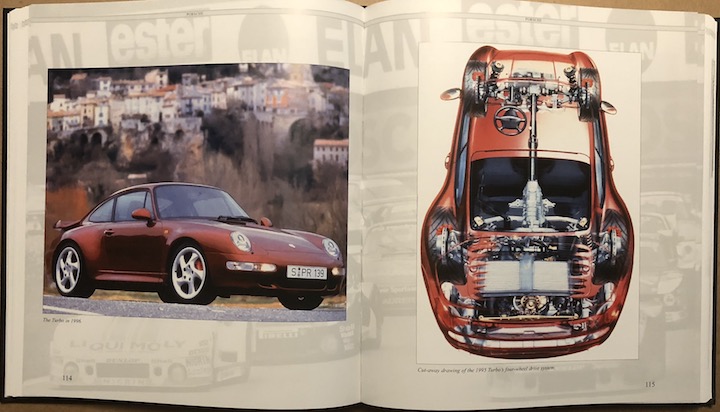 The book begins with a nice exposition of the purpose of turbocharging, offering an easy-to-follow explanation of the physics behind the one thing that everyone has at least heard of about but probably not fully understood: the problem of turbo lag, and its antidote, the role of the wastegate. Chapter 1 is an all too quick quick romp through early aero applications and then diesel trucks and brings us to applications in first racing and then consumer cars. From Chapter 2 on things proceed at a more measured and thus detailed pace, more or less in chronological order and principally divided by model. 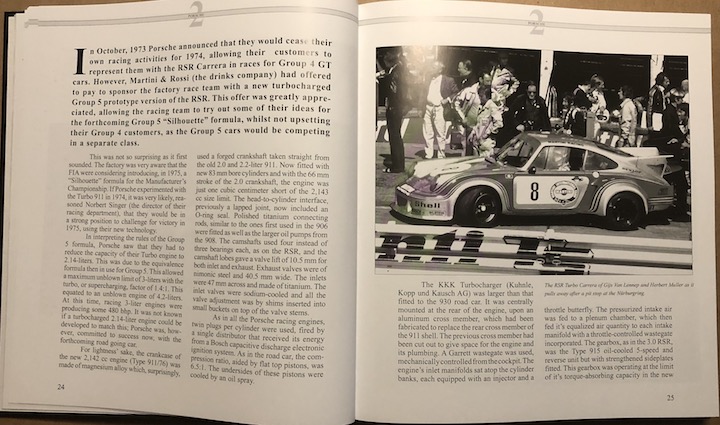 Pro racing at the time of the Turbos was uncommonly complex both in terms of technical or competition regulations as well as the economics. Customer-campaigned cars abound and this only adds to the quantity of modifications or special equipment (eg. Baby, Moby Dick). Not surprisingly, Starkey’s holds that these non-factory efforts contributed immeasurably to the firm’s R&D knowledge. One of the Appendices, for instance, deals with just the multitude of engines used. Readers new to the subject will probably struggle with the density with which this material and the heaps of technical data and concepts is woven into the narrative and will resort to looking things up in other books and then returning to this one. On that score it is a positive that this particular book in the “Classic Reprint” series is a hardcover which is not normally this publisher’s method. Veloce books, it must be said, have always been and still are oddly uninspired in their use of typography and design etc. Even the bulk of the photos is still b/w but there is one 16-page color section. 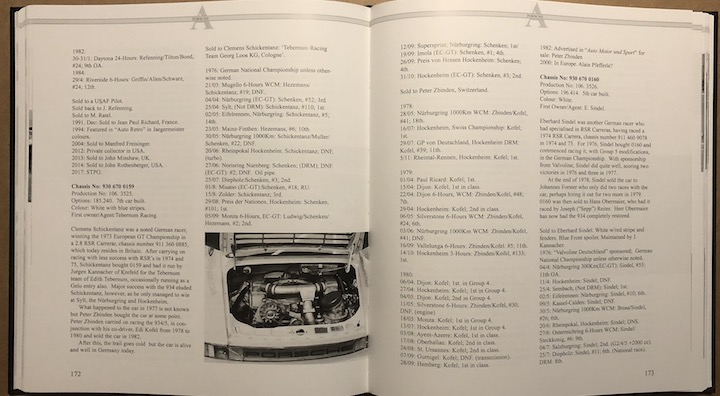 So, a perfectly fine and useful book, especially in regards to the racing bits, but one that has competition.