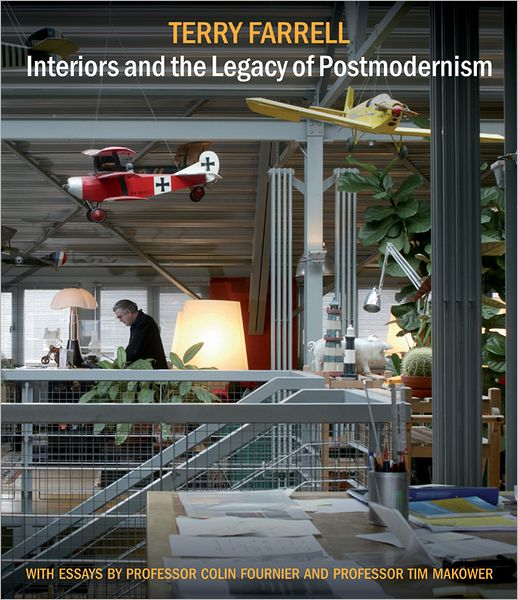 “Postmodernism was all-encompassing, not a style but an era, and as a phenomenon it was about holistic connectivity, the broadening of all viewpoints.”

Between Sir Terry Farrell’s first built project, the Blackwall Tunnel ventilation buildings, and his newest finished work, the 100-floor KK100 tower in Shenzhen (China) evoking a waterfall, lie 50 years of toil and trouble, trial and error, doubt and conviction. Though half a century apart, each of these structures is in its own way distinctly different from its neighbors—and not because Farrell (b. 1938) early on grabbed hold of a signature style that he then repeated a hundred times over.

If your only experience with an architect is remodeling a garage into a bedroom or vice versa you may not appreciate that the architect for whom the world is his palette cannot escape thinking Big Thoughts, about man, and the universe, and the relationships among them. Architecture affects, literally shapes, man’s place in the world—in the obvious, three-dimensional, physical world but also in the metaphysical, social, and cultural sphere. A canvas can be painted over, a cake baked anew—for a brick and mortar building, let alone a city center, there is, realistically, no do-over. Much, then, weighs on the architect’s mind.

If you haven’t experienced Farrell’s buildings, or don’t even know them, let this book take you to them. Or, rather, into them, for this book deals with interiors. Nineteen projects from three decades and presented here in three main categories (private homes, galleries/museums, and workplaces) illustrate Farrell’s interpretation of the Postmodern style of which he himself is a pioneer and leading exponent. To generalize, Postmodernism explored the role of style in the world. This is a simple sentence but not a simple matter.

Much like Postmodernism itself, this book can be enjoyed, or rather approached or interacted with, on different levels. On the surface it can simply be a picture book, much like any of the shelter, city, or architectural magazines. It can also be seen as a guided tour of Terry Farrell & Partners’ portfolio. Or, probably most in line with the author’s intentions, the book can be seen as a manifesto of the aforementioned Big Ideas. In that vein Farrell himself points out that the two Forewords written by his University College London colleagues are of such intellectual caliber as to raise the discussion to entirely new levels. He ranks the first one, by Colin Fournier, as “a definitive landmark in the contemporary discussion of Postmodernism” and the other, by Tim Makower, a “learned, timely and insightful view of narrative and city-making.” 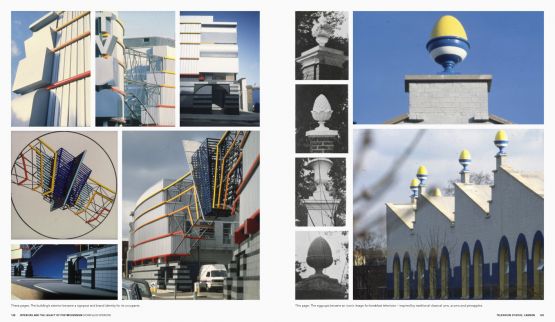 General-interest readers will probably be unaccustomed to the type of discourse and frame of reference that are the daily bread of high-level architects. Just take the title of Farrell’s Introduction as an example: “Interiors as Small Cities.” This is derived from an idea by Leon Battista Alberti, the 14th century Italian author, artist, architect, poet, priest, linguist, philosopher, cryptographer—the proverbial Renaissance man in other words. Take a moment to look around the interior you’re in right now and ask yourself if or how it functions like a city. These few words embody complex concepts and consequences. To use Farrell’s words, “This book deals with not only continuums of scale but also those of time, of changing past uses, particularities of context and their history, and how nothing is ever really “finished.” Nor is anything ever really “simple,” eh? If this sort of mental aerobics stimulates you, this book will give you a taxing workout.

From the abstract to the concrete: each of the three sections is introduced by Farrell explaining in what way building and planning theory is evident in specific structures or developments of his. This is followed by detailed, multi-page photographic treatments of certain interiors, each preceded by a 1-page narrative. Photo captions are sparse. 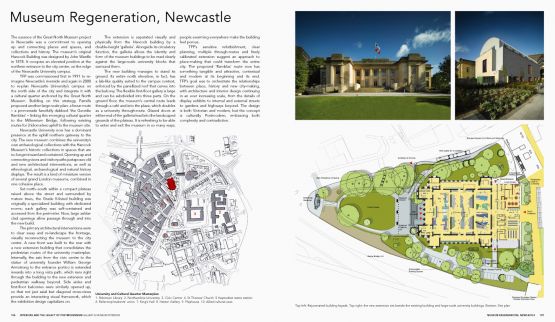 Although Farrell & Partners has done an enormous amount of work in China and the Far East in general (the subject of a new book, Continuum: Farrells 2001–2011 Work of The Hong Kong & London Offices; same publisher), only one of the 19 interiors shown is not in the UK. This happens to be the UK Government Complex in Hong Kong, which begs the question—not discussed here (it should be!)—if Postmodernism has cultural connotations that don’t travel well, especially in regard to private structures.

The many photos are augmented by technical and illustrative drawings and plans. The cover illustration will serve as an example of a weakness with the photos. It shows the main living space of TFP’s studio/workshop (the former home of Palmer Aero Works—note the airplane models—that once made Concorde parts). Now, after studying these photos for a while you will be able to construct a mental floor plan—and then you will notice that some of the shots show the same vistas, from slightly different vantage points, but that the colors are vastly different (compare pp. 61 to 63; look at furnishings, walls, lighting etc.). Clearly the photos were taken by different people at different times (compare décor etc.) but these discrepancies do affect the visual cohesiveness. In this regard the Picture Credit section is entirely unsatisfactory inasmuch as it is organized alphabetically by photographer (easy on the indexer) instead of sequentially by page (easy on the reader).

The release of the book coincided with a September 2011 show at London’s great temple of art and design, the Victoria and Albert Museum. It was the first time the subject had been revisited in 20 years and the show was, well, polarizing—very much like its subject. Farrell will help you navigate the minefield, at least as far as architecture is concerned.