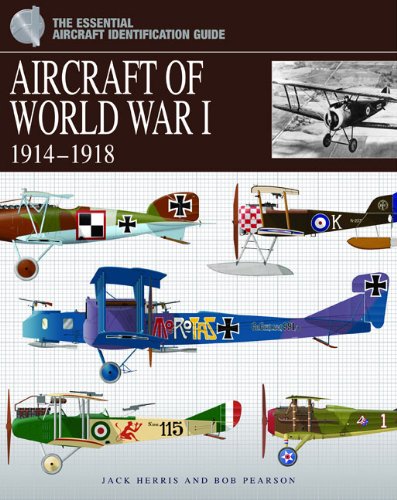 “In many ways the Fokker Triplane is a paradox. It came at a time when the Albatros, Roland and Pfalz fighters were inferior to their Allied opponents, so was welcomed by the German pilots. It was initially beset with some structural failures, but the problems were soon rectified and, despite being slow, the Fokker Triplane became the aircraft of choice of German aces.”

Open this small book to pretty much any page and you’ll find such statements, succinct and to the point.

Part of this publisher’s The Essential Aircraft Identification Guide series this is a handy book, especially at the introductory level. Books that are small—in size and hence, ideally, as here, in price—are the hardest to get right because every word has to count and everything they declare worthy of inclusion has to be justifiable. On that score the reader is in exceedingly competent hands because both authors are known quantities in the WWI aviation world. In fact, Herris, a former Navy aviator, has since gone on to start his own publishing house that in its few years of existence has built an extraordinarily strong catalog of titles. 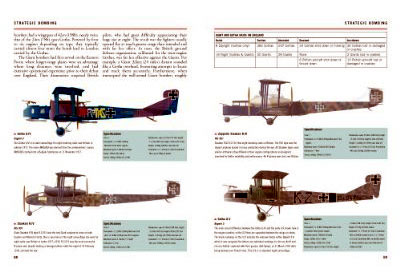 The book contains no Preface or other guidance from the authors so we can only assume that their intentions were to offer an overview-type of book. Inevitably, this means that what it offers in scope it lacks in depth. This is in no way a deficiency but the reader needs to understand this lest expectations are unmet—50,000 words can stretch only so far. 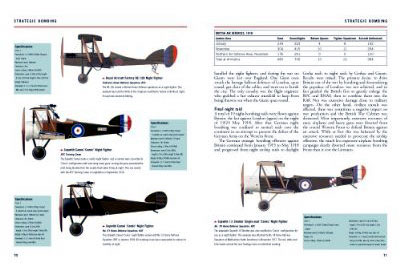 Aside from the reliable text the book is in particular distinguished by Pearson’s many color profiles (no 3-views) that facilitate a quick visual sampling of anything from dirigibles to bombers. Obviously the drawings are not at the same scale (but each aircraft has a table of specs including dimensions) and, being small, depict only basic detail (rivet counters: look elsewhere) but do show control surfaces, external stores, aerials etc. Quite a bit of attention is given to markings and paint, a staple for these authors.

If there is an objectively problematic choice, although not one for which there is a simple remedy, especially in such a condensed book, it is the organization of the book, i.e. the order in which topics follow each other. Primarily divided into eight broad subjects (development of airpower and uses for aircraft, theaters of operation) there is neither strict linearity in regards to the development of flying apparatus, chronology of events, or even division by country. But here the very brevity of the book is an advantage because anyone with an attention span and willing to exercise the old noggin will be able to construct a mental picture. 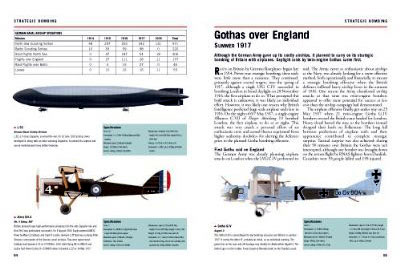 Surprisingly, the authors chose to include diagrams delineating orders of battle as well as assorted tables showing, say, tons of bombs dropped per month, growth of naval aviation in different countries, or population and tons of steel by combatant. While on the hand this seems a luxury it clearly helps the reader gain a better Big Picture. There’s even a proper Index. Remarkably, what few typos there are have mostly to do with incorrect plurals in foreign languages.

Not least, if you can bring yourself to part with it, this book makes a solid gift, one you won’t have to be embarrassed giving, won’t lead anyone astray, and is an excellent stepping stone into a complex and interesting subject that has been neglected for very long.