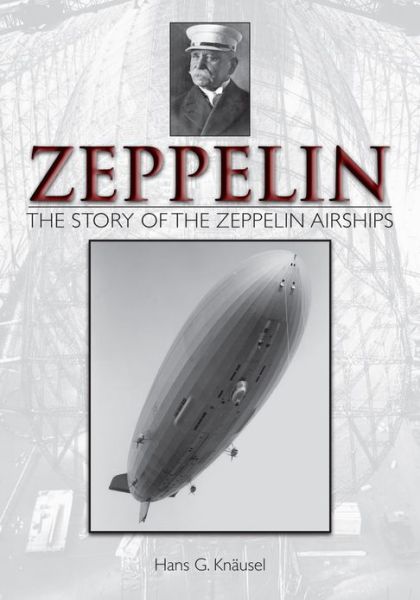 “In the past it has seldom been pointed out that, while the Zeppelin airship company produced tremendous, in some case brilliant technical solutions and provided many stimuli, the concept had so many inherent weaknesses that—with or without non-flammable helium—it was doomed to fail, not least because of economic reasons, and was ultimately a ‘dead end.’”

This is not only an excellent stand-alone survey of airship history (not all airships are Zeppelins, no matter how generic the term has become!) but it is a book of books: it is a guide to and critique of the existing literature on the subject. A line is drawn right in the Introduction: “It is interesting that, with its vast scope, the specialized Zeppelin literature has no particularly sophisticated element. The trivial dominates by a wide margin.”

If it is hard (and it is!) to recruit a published author to write a book review of another’s work—for fear of ruffling feathers, not to speak of inviting “treatment in kind”—imagine how much harder it is to get a published author and expert in his field to render, in print no less, critical opinions of fellow scribes. Knäusel has the sort of standing that allows him to call a spade a spade. Savor, as an example, this remark about the highly rated Henry Cord Meyer: “. . . [he] puts in their place all those authors who uncritically glorify the count, his colleagues and his work—which is the majority of them.” No mincing words here! In fact, anyone faced with the task of having to be scrupulously objective and detached, in other words critical in the proper meaning of the word, should take Knäusel’s book as a primer!

Hubris is one thing, competence another. The reader not yet familiar with the author’s credentials should realize that he has published extensively on the subject and co-authored the “Lighter than Air” material (of which this present book is a revised and expanded version) in the 31-volume reference work Deutsche Luftfahrt published by the Deutsches Museum and a number of scientific bodies. Long story short: if you want to sort the wheat from the chaff, this is the tool you need. If you already have a Zeppelin/airship library you’ll probably be doing some culling after having read Knäusel’s book. If this is your first foray into the subject, good for you, you’re starting in the right place! Now, Knäusel does not waste ink on citing chapter and verse of what is wrong in the existing literature, he strings the story together by citing, often extensively, what is in his assessment correct. The Endnotes consist largely of references to source material, and the reader would use that and the Bibliography to ascertain what the proper canon of airship literature should contain.

Stories of pioneering, untried technology are always moving, no pun intended. Changing minds is a formidable task at the best of times but Count Zeppelin’s Don Quixote-like story of preserving his vision and conviction in the face of enormous ridicule, resistance, obstacles and real, catastrophic setbacks once the program did get underway is a particularly exasperating one. For 25 years he nurtured an idea he had first scribbled into his diary in 1874 before he alighted in a ship that bore his name. The pendulum swung from having his own sovereign call him “the stupidest of all south-Germans” only to be lauded by the same Kaiser Wilhelm a few months later as “one of the greatest Germans of the century” and become a veritable cult figure. As an aside, what happened in those few months is an early example of crowd funding where, in 1908, the public on its own accord raised millions to keep a company afloat that had fired up its imagination even after one of the airships, number 4, had gone up spectacularly in flames. You don’t have to be a technologist or even an aviation enthusiast to find the human dimension of this story fascinating—and relevant to life in general.

The dream of the airship and its realization is what this book explores and also its failure. A biography of Zeppelin’s family circumstances and upbringing segues into a survey of the state of technology in general and the aircraft industry in particular. Later in the book some attention is devoted to such projects in other countries. The political forces behind aviation are addressed—a particularly relevant factor in German history—and highlights of airship development are discussed before the book hones in on the 119 Zeppelins built (of 131 on the drawing board, in 27 variants), their development and technology, and their role in war and peace. The Graf Zeppelin and Hindenburg are examined in detail, befitting their role in history.

The writing is engaging but brisk—this is quite a small book for such a large subject. The translation too is fluid and competent. But a book in which every word counts is severely hampered when even a single one is missing. An example is the word “not” (p. 15, li 19) that the translator forgot and its absence changes, obviously, the meaning of the text. Attentive readers will compensate for such snafus. There are other glitches in the English version, all minor. One thing that is most correct, however, is the spelling of German/European proper names.

Photographs are plentiful, augmented by a number of technical drawings, and everything is properly captioned and well reproduced. From building an airship to life on board to docking at the landing mast, everything is explained. A few closing pages are devoted to modern-day airship projects. Very useful is a Size and Performance Comparison of all Zeppelins. The apparatus is commendable in every way, even the Table of Contents is distinguished by uncommon specificity.

A superb book that will instill a proper sense of respect in the reader, for the subject as much as the book itself.