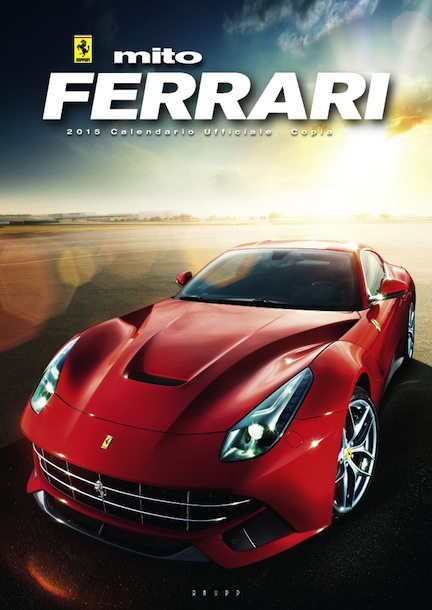 The King is dead! Long live the King! The king of Ferrari calendars, that is.

The last time we reviewed this calendar was 2012. On the one hand, this highly collectable limited-edition marvel is such a fixture that folks who know it really don’t need a reminder that it is “that time of the year” again.

On the other hand, there are always new readers (maybe “viewers” is more apropos for a calendar) who ought to be brought into the fold—and for them there’s this word of advice: run, don’t walk, and order one right away. Only 5000 are made (this number has stayed stable for a few years as has the price) and smart collectors have learned long ago to reserve their copy early because by the time this superlative example of the photographer’s art goes into general circulation many copies are already presold. At the time of this writing, 75% of the 2015 edition are already lying under someone else’s Christmas tree! (You don’t even have to wrap it, it comes in its own supercool red Ferrari-branded box! Good thing too because it is 27˝ x 19˝ [70 x 50 cm] large and a pain to gift wrap!) 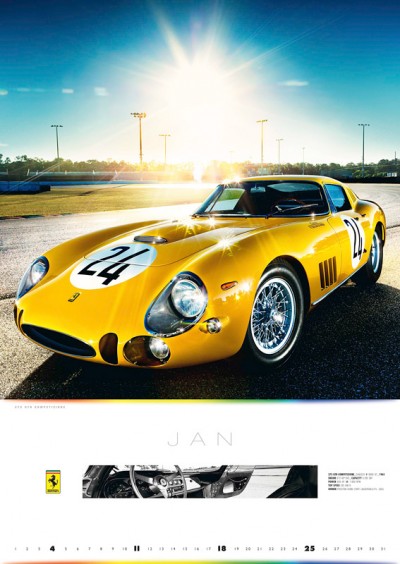 This is now the 31st consecutive year that German photographer Günther Raupp has produced this calendar which has become so much a part of the automaker’s public face that it is an officially licensed, endorsed, promoted Ferrari product. (It doesn’t hurt that Raupp is a Ferrari owner himself, and, no, it’s not your hard-earned consumer dollar that put Raupp high on the hog—he bought that Dino 246 GTS way back in the antedeluvian 1980s and in fact it is that car that got him started with the calendar in the first place.)

In and of itself this three-decade-spanning calendar work has no equal. Incidentally, the September 2014 car is the 400th individual Ferrari he shot for a calendar. If you are in the habit of attending concours, chances are you’ve seen him and his wife shooting Ferraris. Mind you, those are not the photos that go into the calendar. The ones used here have a carefully chosen ambience that is as much a part of the composition as the cars themselves. Read the 2012 review to better understand his modus operandi and also the artistry that makes his work so different—or simply study the photos we include here.

The January car is actually one of the last ones he shot during 2014 (in Florida) and the only reason to point this out is to say that Raupp clearly has a reason for orchestrating the visual impact a specific way. Also, if you do know earlier calendars you cannot fail to see that this year the photos have a different look and feel—almost impossible to describe but noticeable and certainly Raupp makes an effort to achieve just that. 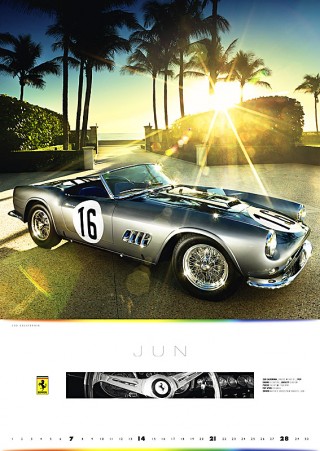 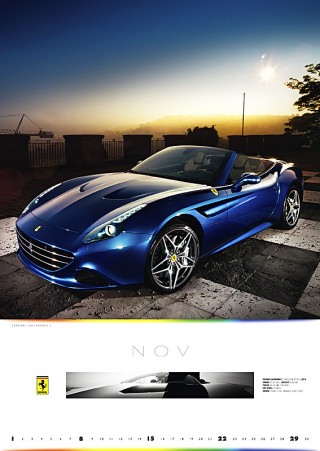 Old/new, road/track, everyone will find something appealing here. And even if Ferraris leave you unimpressed, the way Raupp manipulates his images post-shoot will be of interest to anyone who works with visuals. If they were paintings you’d call them “photorealistic” . . . except that these are photos but with an over-amped, airbrushed, chiseled look that gives lines and shapes and contrasts an extra punch that photos that are “just” photos simply don’t have.

Austrians and Swiss are in luck this year because these countries now have their own distributors (in addition to the US, UK, France, Italy Japan, and South Africa). An exclusive, autographed Collectors’ Edition numbered 1–99 is available as well ($135 | £89,90 | €119), as are individual fine art prints at an even bigger size.

Surely you’ve bought a calendar before—and surely you’ve seen it get discounted once the year has actually started. Won’t happen here; if anything, the opposite is true. Get yours while you can. 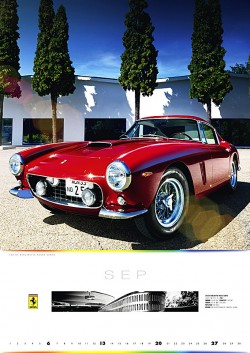 Porsche 928 »
« The Medium is the Massage, An Inventory of Effects