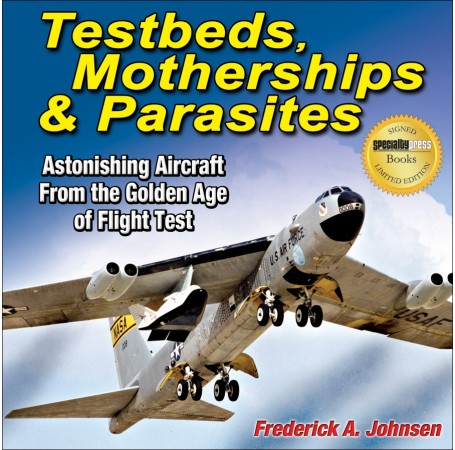 Come again? You need a boom to kill the boom. You’ll probably be reading this sentence twice before its meaning dawns. The sonic boom associated with supersonic flight can be minimized by bolting a boom—a telescopic rod—to the nose of an aircraft. In this case a 14 ft boom on an F-15 that can be extended in flight to a fairly enormous 24 ft. It weighs almost 500 pounds and seems an entirely improbable appendage. And it was, which is why this idea, although actually tested in flight, did not mature into a viable solution. 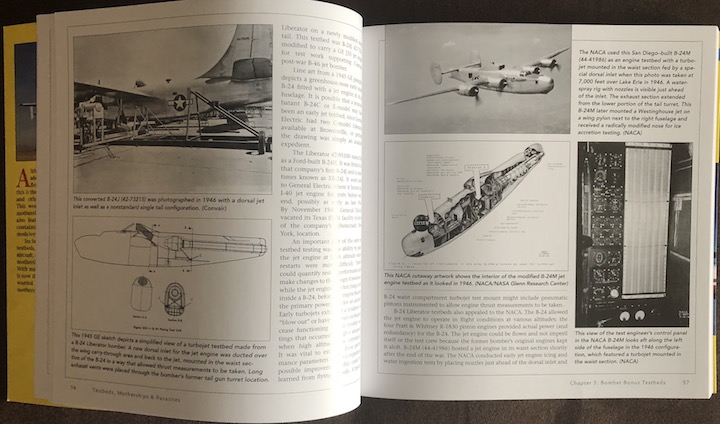 From liquefying tire rubber to ramjets to articulated wings to launching space vehicles from another aircraft, all these ideas need to be tested first. In this book you’ll meet Betty, Goblin, Andy Gump and the Wingless Wonder, to name only a few. You’ll see things you’ve surely never seen in life and probably not even in books: a B-17 with a giant propeller on the nose, another one with turbojet mounted under the nose, a 727 passenger jet with exposed contra-rotating fan blades, a Jumbo Jet refueling a Backbird, a tiltwing on a floatplane. All but one apparatus in this fascinating book actually flew, and the author was for many years right at the hub of activity, as Director of the Air Force Flight Test Center Museum and as Public Affairs Director for the NASA Dryden Flight Research Center, both at Edwards Air Force Base. 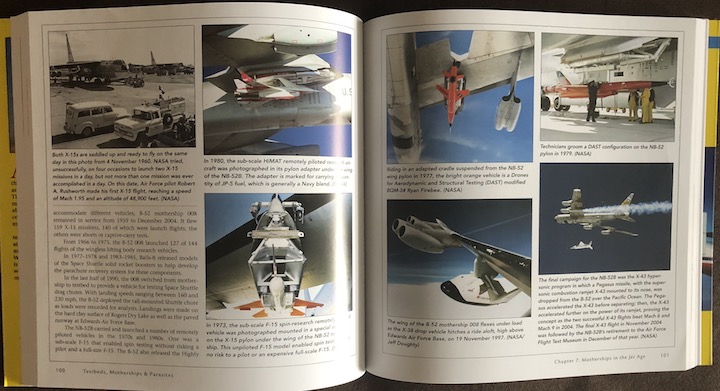 Early aviation was nothing but flight testing and Johnsen picks up the thread with gliders dropped from balloons in 1905 and follows it to Space Ship One and beyond. With degrees in history and journalism, not to mention practical wind tunnel experience he is well equipped examine the topic from many angles and with engaging prose. 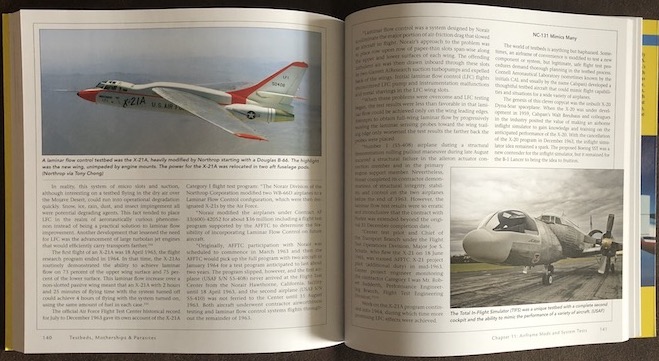 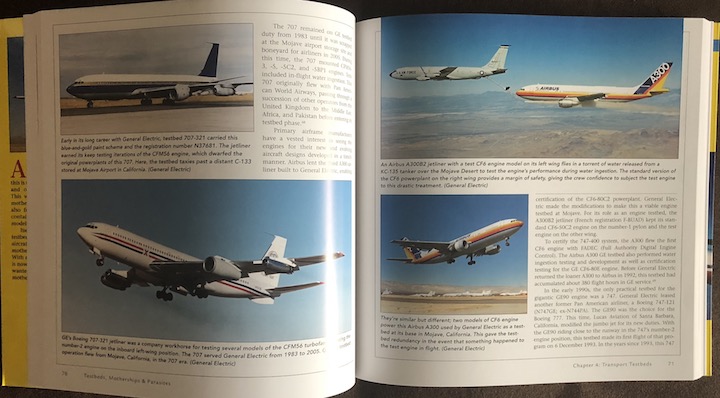 The book concentrates on US and Canadian machinery, with occasional references to other countries. Many readers will have at least a passing awareness of the famous hypersonic rocket-powered X-15 that made some of its pilots astronauts (exceeding 50 miles of altitude); Johnsen excerpts several unedited pages from a 1969 report by one of the project engineers and this gives an excellent first-hand account of technical parameters. Inevitably, the book is bristling with acronyms and abbreviations but a Glossary (Appendix 3) takes care of that. Elsewhere there’s a list of testbed aircraft and their purpose organized by aircraft type (which, admittedly, is not going to be easy for the newbie to parse), a Selected Reading list, Endnotes, and an Index which is certainly useful but no exhaustive. 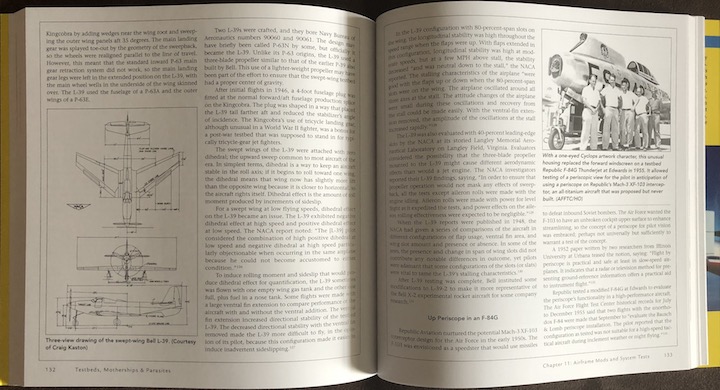 This book so obviously fills a niche and therefore is sure to be picked up often—which means a few dollars more for a sturdy hardcover would have been well spent!