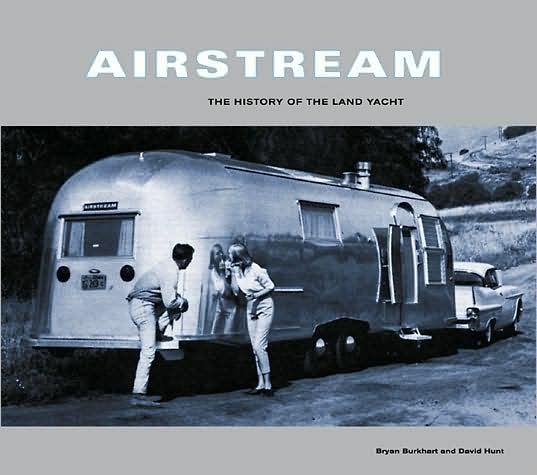 There is no shortage even today of multi-continent driving events. Every year some 80 rallies tear up the countryside. As far back as the 1930s, but especially between the 1950s to the ‘70s, Airstreamers have crisscrossed the world by the dozen, by the hundreds even. The Airstream Trailer aka The Silver Twinkie has been pretty much everywhere, from Giza’s pyramids to Pisa’s Leaning Tower to Moscow’s Red Square.

The Wally Byam Caravanners Club International (WBCCI) numbers some 20,000 members. This book is the first attempt to gather in writing the largely oral Airstream history. Brimming with photos from the Airstream archives it captures the imagination. From Wally Byam’s 1934 article in Popular Mechanics how to build your own trailer to today’s Airstream renaissance, it is as much a profile of the company and tribute to its founder as it is a social history of a lifestyle. The early trips like the first 7-month, 15,000-mile African Caravan of 1959 or the 34,000-mile Around the World Caravan of 1964–65 were epic in terms of distances covered as well as logistical and diplomatic hurdles overcome.

Author Burkhart is himself the owner—and user—of a restored 1962 Flying Cloud. That, and being a designer, enable him to cover his topic with palpable enthusiasm and undeniable competence.

Part travelogue part cultural history and biography of Airstream founder Wally Byam, the book is well made, splendidly illustrated, nicely designed by the author himself, and inspirational in the best sense of the word.

Posted Under: Automobiles, US | Author: Charly Baumann | No comments yet