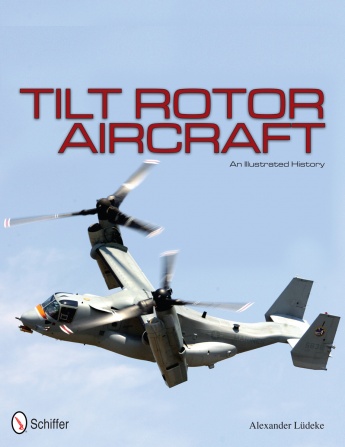 “The idea is old and seems very simple: Why do we not set up the rotor so that its mast can be tipped from the vertical to the horizontal? In this way the rotor would produce lift when taking off and landing, while wings took over this task in conventional flight and the rotor then provided forward thrust.”

Simple it may seem but it isn’t. To illustrate the enormity of the technical challenges pertaining to this hybrid mode of transport, the author points out that in the first 50 years of the century we went from the Wright Brothers all the way to supersonic flight but in the same length of time during the second half—an era marked by far more rapid advances in know-how—tiltrotors advanced at such a slow pace that most people forgot their timeline. After first flights in 1954 (the one-off Transcendental Model 1-G) it wasn’t until 2005 that a viable tiltrotor (the V-22 Osprey to which some 50 pages are devoted here) was approved for series production, several difficult years after it had been rolled out to much fanfare only to be almost cancelled a few times.

Lüdeke (b. 1968), a German writer on military topics (a lot on tanks) and translator since leaving university in 2000, dials the clock back all the way to 1845 to explore the origins of not only tiltrotors but tiltwings which were the obvious point of departure for this line of inquiry. He brings the book into the present by including drones and outlines future developments to the extent they were known when the book was first published in 2009 (which means it is missing what is the next-gen and most radical development yet, the Bell V-280 Valor that could be in the skies by 2030). 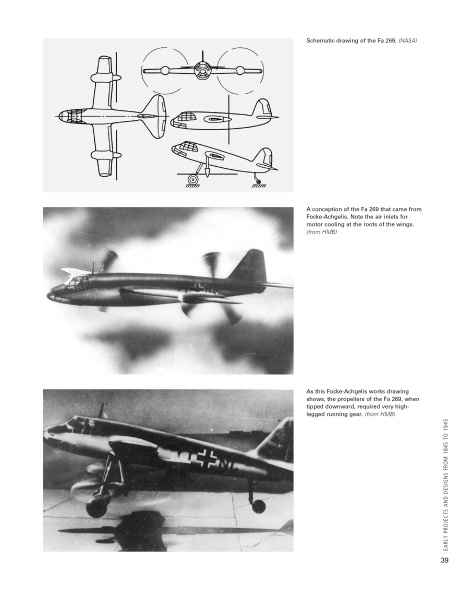 Being “An Illustrated History” meant that when this book first came out in its native German (Kipprotorflugzeuge, ISBN 978-3613030893) the multitude of illustrations made it desirable, if not exactly accessible, to foreign readers. Thankfully there is now a proper translation into English (not by the author, for what its worth).

Covering more than 110 types the book concentrates on post-1945 US military projects, non-US military projects, and civil projects and prototypes. Photos, artist’s impressions, or technical drawings, and a small data panel are offered for most. Model builders will find them tantalizing but short on detail, but that is not the purpose of this book! (There are, however, several display or wind tunnel models depicted.)

An introductory chapter lays out the aerodynamic and operational principles of these machines of which seemingly incompatible performance goals are expected (lift capacity, speed, range, hover, short or vertical take-off etc.); no special knowledge is required of the reader. The writing is clear, engaging, and a wholly successful point of entry to a really rather difficult topic. Even the automotive crowd will find something to relate to: an aerial car patented in 1861 that required a balloon to ascend! No Index.