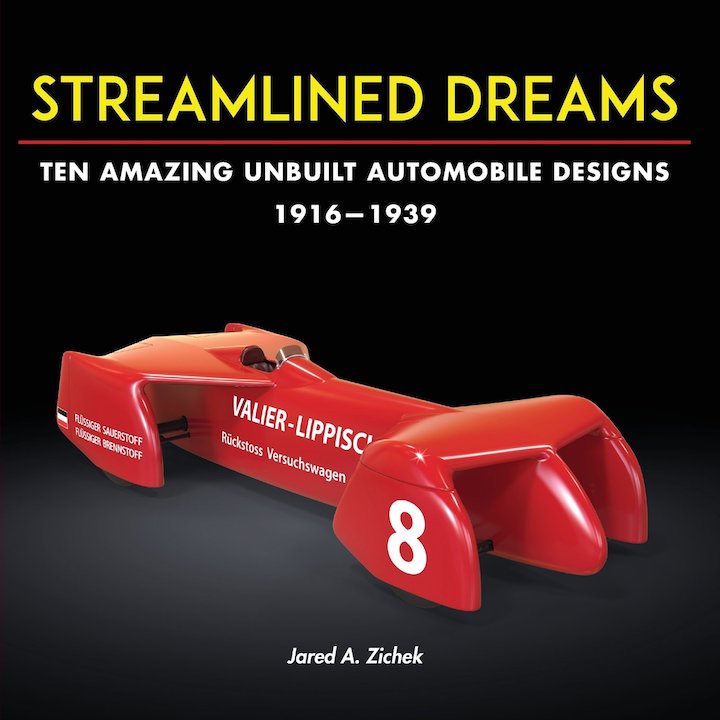 “Perhaps the book will inspire a wealthy automobile collector to commission a 1:1 recreation of one of these remarkable machines; I can certainly think of worse ways to spend your money.”

The “dream” cars in this book aren’t the kind one usually thinks of in that category. These are ones that remained figments of the imagination.

Anyone inclined to dismiss the author of this book as a fanciful speculator/dreamer should first take a look at the last page; it lists ten other properly serious books by him. That his specialty is aerospace history (he once worked in marketing at Northrop Grumman)—specifically unbuilt US project and prototype aircraft, helicopters, and missiles, with an emphasis on naval subjects—only helps his approach to the subject of unbuilt automotive projects. Not everyone can extrapolate a fully formed whole from a bunch of incomplete data points. And since that leaves room for “interpretation,” you’ll want a properly engineering-minded fellow who has a sense for how things could work at the helm. 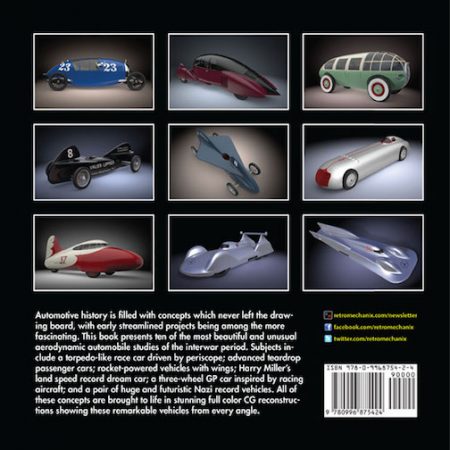 And while he’s a self-declared “compulsive bibliophile,” he struggles, as do we here, to keep his own work (magazines/books, a website) affordable—which is a roundabout way of saying that this little book may look like just a little book cranked out on the home computer, but it really has substance.

The idea for the book is simple enough: look for/at blueprints and patent applications, find novel stuff and then . . .. Well, exactly what then? Patent drawings toe a fine line between disclosing just enough detail to substantiate the patent claim and not giving away the whole game. Dimensional data, performance specs, construction details, materials etc. are provided to just the degree necessary to accomplish this, which is why it takes someone with an understanding of engineering concepts, technical possibilities and, in this case, aerodynamics to connect the dots, put meat on the bone, and make informed guesses. 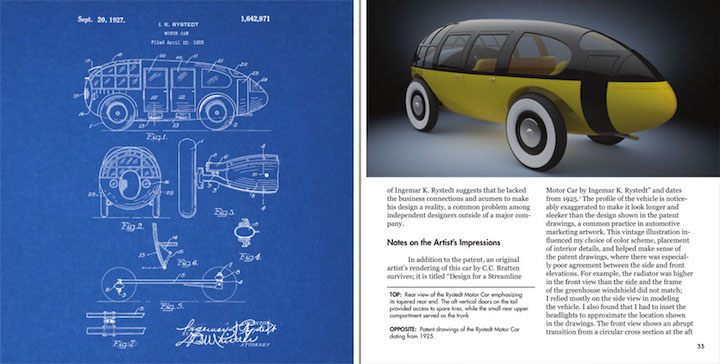 The common denominator in the 10 cars presented here is that they are pre-WWII, explore aerodynamics, and are European and American. And that they are even more unusual than the usual unusual fare. Each vehicle is discussed on several pages, introducing the inventor/designer, describing the machine’s purpose, highlighting known or assumed construction details and operational parameters, and explaining to the reader where the artist had to get creative.

In some case more than in others it is readily (seemingly) apparent why these vehicles didn’t progress beyond the drawing board. A car—a race car no less (below)—with no means to achieve for- or rearward visibility except by . . . periscope; contraptions that violate every creature comfort in the name of engineering for engineering’s sake; unworkable aerodynamics / cooling / steering / ingress / whatever. 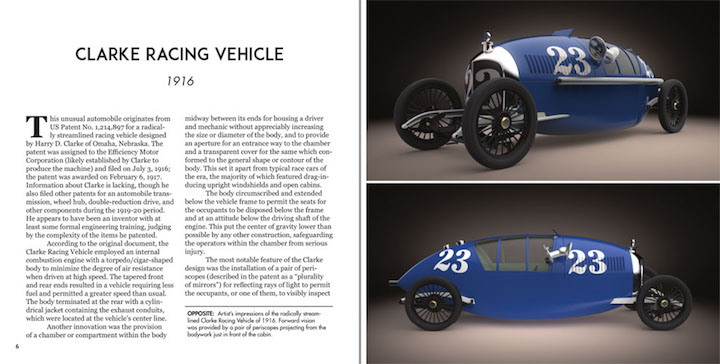 Zichek also offers 3-views which state basic dimensions based on his analysis of knowable parameters (with two exceptions in which actual original dimensions had been preserved) and are contrasted with the silhouette of a 6 ft-tall figure for scale. We actually had the urge to recheck the math, because in some cases it just didn’t “look” quite proportional, but the numbers came out correct. A closing spread shows side views of all 10 cars to the same scale.

The book will offer much stimulation and perhaps enhance an appreciation of the limits of living in a finite universe whose natural laws prevent some dreams from becoming reality. 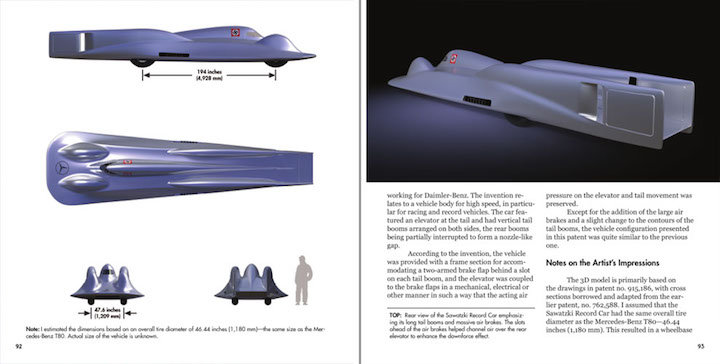 Lane Motor Museum: A Hobby Gone Wild »
« Driven: The Men Who Made Formula One