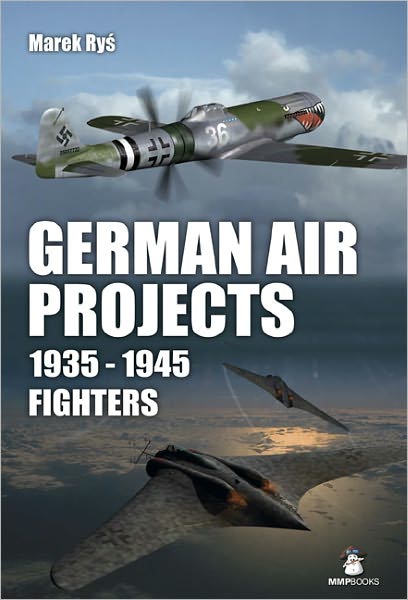 “In my opinion the importance of German aircraft projects is not their apparent excellence, but the fact that each of them has some elements that prove the enormous imagination and creativity of their designers.”

The word “project” here refers to apparatus that never went beyond the project stage, i.e. remained unbuilt. As Ryś is quick to remind the reader, Germany is not the only country to have engaged in advanced studies but German WW II-era projects seem to monopolize, at least these days, the imaginations of writers (or marketers). He is also quick to point out that too often an undue “halo” effect is ascribed to German inventiveness, so much so that it interferes with an objective reading of history. His book/s intend to realign reality and interpretation, and while Ryś is clearly cognizant of the merits of the projects he discusses here he also says that “some will [even] raise doubts as to the mental state of their designers!”

So as not to repeat ourselves we direct the reader to our review of the last book in this series of four to understand their scope and approach and will here only say that these books are supremely useful to the aviation historian and, being published by Mushroom Model Publications, to the modeler.

The 2013 review of vol. 4 said some of the earlier volumes, published as long as a decade earlier, were getting hard to find. No sooner had the ink on that sentence dried that the present volume came out—and it turns out to be a re-issue of vols. 1 (ISBN 839163275X) and 2 (ISBN 8389450070) now combined, revised/expanded, hard-bound, and at a larger size! A positive development on all fronts! 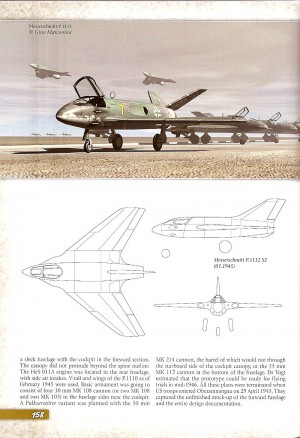 This book presents projects by the firms Arado, Bachem, Blohm & Voss, BMW, Daimler Benz, Dornier, Fieseler, Focke-Wulf, Gotha, Heinkel, Henschel, Horten, Junkers, Lippisch, and Messerschmitt. A 1-page closing “chapter” mentions a handful of very small makers, with Ryś commenting wryly, “It is hard to tell what their efficiency would be, but the very fact that these raised interest at the RLM demonstrates the state of the Luftwaffe at the end of the war.” Desperate times, in other words.

While some of the machinery here looks deceptively “normal” and clearly related to fleet aircraft, there is some real science fiction stuff on display as well. Drawings, both technical (three-views, profiles) and illustrative (full-color action scenes mostly new for this book by half a dozen different illustrators), take the place of photos. The text is packed with detail and specs and rewards unwavering attention with important insights. Basic dimensions and performance projections are given for each project in the form of tables.