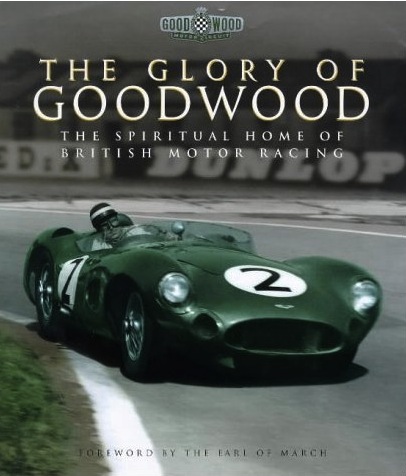 This is the “official story” of the Battle of Britain aerodrome that became a premier racing venue and played a crucial role in reviving British postwar motor sports. It is a multi-dimensional account that embeds the racing activity into the larger context of society, politics, and colorful personalities. The connections among people are simply remarkable. For instance, Freddie, the Duke of Richmond who started it all, once cycled with his older brother Charles to see Henry Royce (as in Rolls-Royce) in nearby West Wittering about engineering apprenticeships. Later, defying his parents, Freddie would abandon Oxford in 1923 in favor of a lowly mechanic’s job at Bentley’s Cricklewood service department where his skills as mechanic and driver would prompt W.O. Bentley to offer him a Le Mans ride in 1930.

The superb text is illustrated with equally superb photos, some not seen before. Historic shots from Freddie’s scrapbook of him working on Benjafield’s Bentley 3L Brooklands racer; Prince Bira’s ERA burning rubber; old posters, cartoons, memorabilia; quotes from and interviews with anybody who is anybody in racing; Ray Hanna’s Spitfire buzzing the crowds—the book has everything. It concludes with a list of all race results from 1948–66 and 1998. No Index.

A good many of the people who were involved in the first event in 1948 participated in the revival 50 years later—and quite a few of them had in the meantime turned from young whippersnapper to racing legend. Their accounts in this book represent a unique historic perspective. Under its first host, Goodwood had become famous for a particular atmosphere all its own. Grandson Charles, the current Earl of March, is rightly credited with reviving not only the event itself but also that special congenial flavor.

After Charles first reinstated the Festival of Speed, and in 1998 the Goodwood Revival, the venue quickly grew—for all the right reasons—from insider’s tip to top-drawer mainstream attraction. Unless carefully managed Goodwood may become a victim of its own success. Already the infrastructure is struggling to accommodate the throngs of visitors each July. (Attendance is, in fact, capped these days at 150,000.) If you want to see it for yourself, do it soon, before many of the things this book so lovingly describes are curtailed.

This is one of those books that illustrates how fantastically well a finished product can turn out if all the right ingredients come together. Research, writing, photos, design, typesetting—everything (except the proofreading) is top notch.