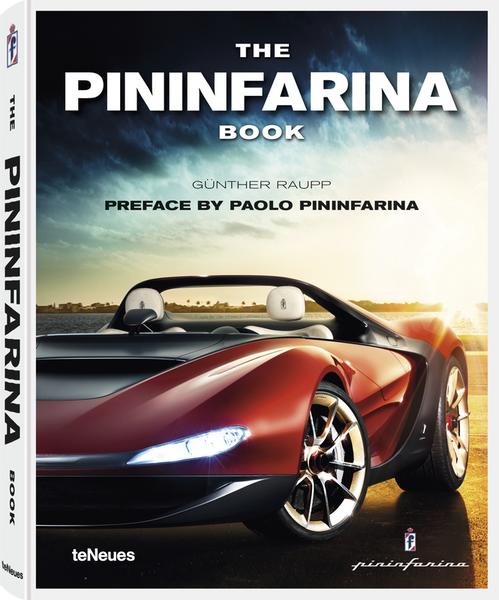 “I see my roots and my self-image as a designer in Leonardo da Vinci, the artist and engineer of the Italian Renaissance. Beauty with a captivating function. The roof of a convertible not only needs to look beguilingly good; it mustn’t whistle at 300 km/k, either.”

But picture this: you throw your Pininfarina-designed ski boots into the P duffel bag and settle into your P helicopter. Flying over the P Juventus soccer stadium you glance at your P watch while fidgeting with your P key chain. Touching down you splash on some P perfume before retrieving your P bicycle, for which you sign with your P pen, and ride it to your P highrise where in the lobby you grab a Coke out of the P dispenser on the way up to your penthouse where you’re finally able to settle down to a meal in your P kitchen. 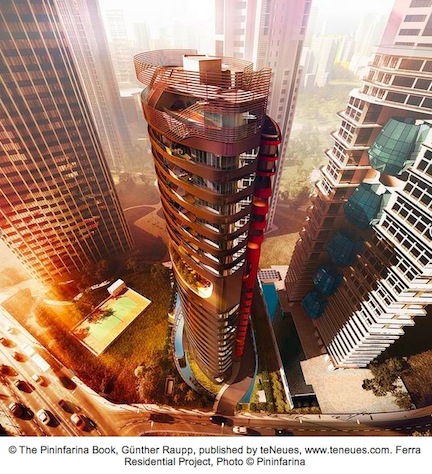 This is the Life Well Lived. The Italian life. The Piedmontese life. The Pininfarina life.

If this isn’t too shrill for you, this is a book worth examining. Anniversaries have a habit of spawning books. Pininfarina was founded in 1930, a nice round number, which makes this the 85th anniversary book, a nice round number. There was a 70th anniversary book (you can do your own math this time) by Antoine Prunet and that was a book we praised for the author’s “independent, sometimes even critical, point of view. In other words, a history about the company, not by the company.” 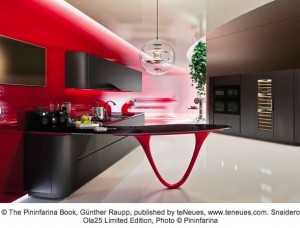 This new book isn’t by the company either, but it also isn’t a balanced, nuanced, soup to nuts history. Texturally, it does paint a rich picture, using the sort of rich pictures that distinguish all this publisher’s books, but whatever deep analysis it tries to offer is relegated to a few morsels. Surely not for lack of trying, though. The brain trust behind it is formidable. On the academic end, Professor Rolf Sachsse who was/is a photographer and a child of photographer parents and apprenticed as a photographer and wrote his thesis on “Photography As a Means For Interpreting Architecture” is a much a practitioner as a theorist in the visual arts. On the automotive end, journalist Klaus Rosshuber who penned the text for Raupp’s Ferrari: 25 Years of Calendar Images can cite chapter and verse of the Ferrari/Pininfarina canon. No, it’s the fact that 304 pages, even oversize pages (11 2/5 x 14 1/2 in.), can contain only so much when four different languages (English, German, Italian, Chinese) have to be accommodated. 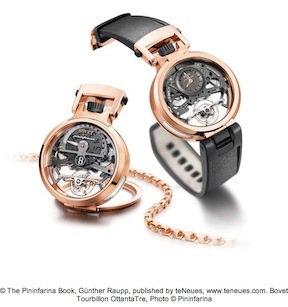 The introductory quote above is where things become contrived even where there is a core truth. Current company chief Paolo P. says in his Preface, “A Pininfarina product must always be innovative and must aim to achieve a high standard of elegance. Its essentiality must be the synthesis of function and form with the result of a strong aesthetic personality. When a product contains the right amount of innovation and, at the same time, respects its roots, it can enter the world of what is considered classic and then strive for iconicity and near-eternity.” Amen to that—but, his argument, seconded by the authors, is that Pininfarina is both beholden to and capable of meeting such goals simply because they are Piedmontese (North Italian) whose illustrious forebears—da Vinci, Vassari, Palladino et al—seemingly inspire every sausage- and every furniture-maker in their footsteps. If true, and certainly this spot of Italy has a rich arts/crafts tradition, it would explain nothing about high accomplishment elsewhere. It is, then, a specious point, like the question posed to Paolo (p. 129): “Even if you paint a Ferrari white or blue and remove every single brand logo—people recognize it as a Ferrari. Why?” If you were to collect a dollar for every time this experiment will fail in the real world, you’ll recoup the money for this book in no time. (Paolo’s answer, incidentally, skirts the issue.) 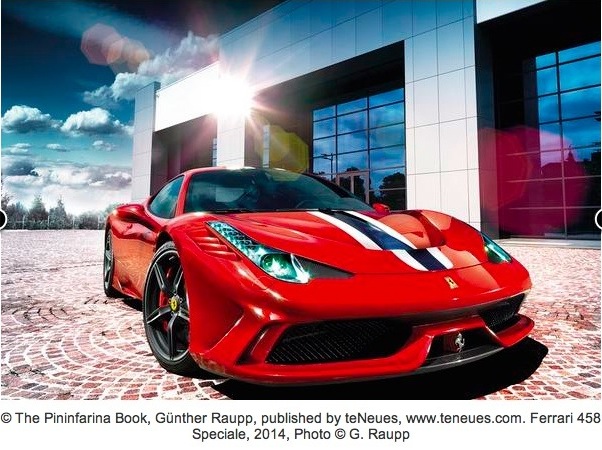 The reason Raupp’s name is on the book is of course that he is indelibly linked to Ferrari visuals. For three decades now he’s shot Ferrari’s official calendars and developed a highly stylized manner (above) of teasing out the cars’ qualities and philosophy. But his photos here consume only the ca. 40 pages that constitute the “Ferrari by Pininfarina” section, a few concept cars, and the cover. A host of other images come from various company archives and other photo sources such as stock houses and colleagues. 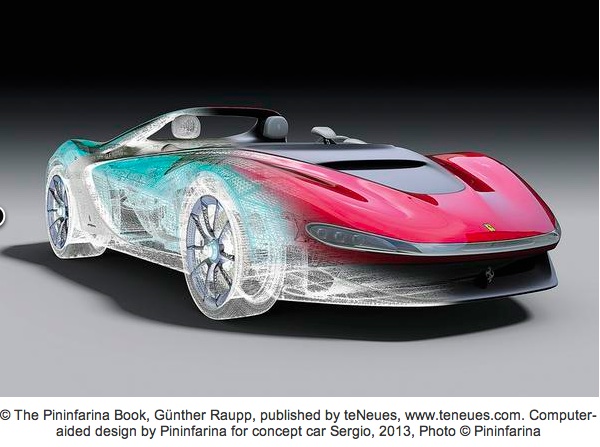 Pininfarina has 1000 automotive and 500 “other” projects under its corporate belts (the non-transport projects are done by a separate entity, Pininfarina Extra founded in 1986). It is not the purpose of this book to show, consider, or appraise them all but to line up those that best represent the “Italian character” that elsewhere is manifest in architecture, fine art, fashion etc., all of which are referenced here. If this is too esoteric (cf. “From Leonardo to CAD”) skip ahead to the fourth chapter, “Design Makes History,” to meet the man that started it all, Battista Farina. But, see above, 600 words can say only so much about the reasons for starting his own firm and breaking with his brother. Photographically, however, the story is quite strong with lots of period imagery including coachwork drawings and photos from promotional material. 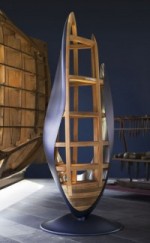 So, this is a lovely, lavish eye candy book; to belabor the point one last time about there being too few words consider the case of Chivas 18 (p. 220 ff). Four pages, four photos of which three are extreme close-ups that would make even people who did know what this is about wonder what they’re looking at. One cryptic photo caption. (Photo right © Pininfarina) A bottle of 18-year-old Chivas Regal ultra-premium Scotch, with or without the three different versions of Pininfarina packaging, may just help attain that mellow state of mind this book is best enjoyed in.