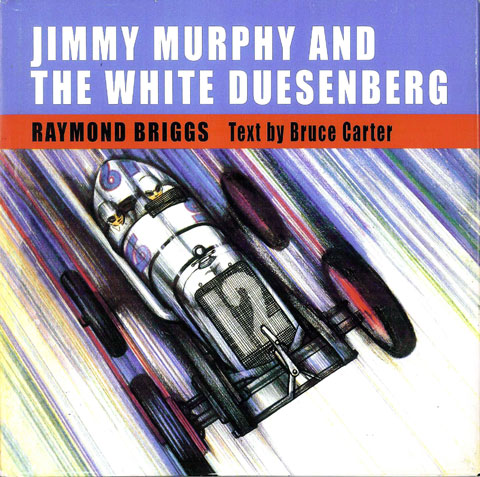 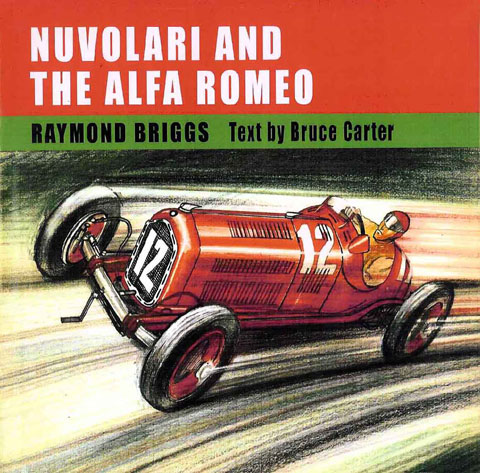 Jimmy Murphy and the White Duesenberg

Nuvolari and the Alfa Romeo

by Bruce Carter with illustrations by Raymond Briggs ./

Both the adult and the child in me enjoyed and appreciated these two books, available as a boxed set that is handsomely protected by the hard-sided slipcase, or as individual books (although I can’t think quite why anyone would want only one). Jimmy Murphy and the White Duesenberg and Nuvolari and the Alfa Romeo were each written by Bruce Carter (the nom de plume for British motoring author Richard Hough), with illustrations on practically every page by Raymond Briggs. Both were originally published in 1968. Now they are back and printed true to the originals including on acid-free stock and hardbound. Each book tells a story of one exciting event selected from the racing life of each man in a suspenseful way that keeps the reader, regardless of age, turning the pages.

Jimmy Murphy is in Europe to run in the 1921 Grand Prix held at Le Mans. No American driver or American-made car was favored or expected to win. Two laps from the end and in the lead, the Duesenberg’s radiator was holed by a rock, and the tires were worn down to the cords. Whether you’re reading this book aloud to a young person, or the youngster is reading for him- or herself, you’ll be caught up in the moment. The Nuvolari story has the same suspenseful formula. The story finds him late in his career, still driving his Alfa, but now against the newer, faster Auto Unions and Mercedes in a race, the 1935 Grand Prix, that is being contested on German soil.

A fellow enthusiast gave these two books to his already auto-savvy daughters, ages 10 and 12 and reported that both enjoyed reading the books and later were overheard relating the stories of Nuvolari and Murphy to others. The popular contemporary Harry Potter books have a similar target or intended audience. As with any well-written story, which the Potter series and these two are, they find far more appreciative readers than just the intended audience. Don’t let these two go out of print again without acquiring a set, or maybe two—one for yourself and one to give.

Both books in hard-sided slipcase $38.95

Posted Under: History, Racing, Rally, Youth and Young Adult (YA) | Author: Helen Hutchings | No comments yet