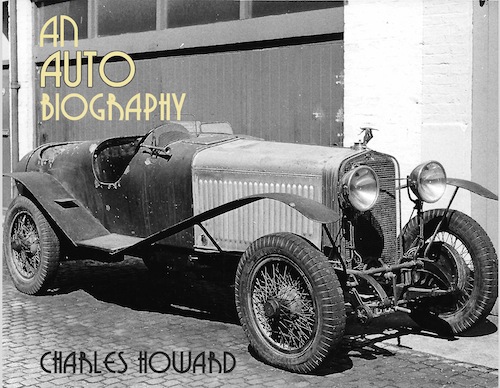 “I have drunk greedily from the cup of happiness and sometimes it has overflowed.”

After some 65 years of “loving cars” UK vintage-car dealer Charles Howard, now 77, figures he has a thing or two to tell the world—about cars in particular and life in general. In his case, the two are uncommonly intertwined but the reader marveling in wide-eyed wonder at the long and illustrious line-up of cars that paraded through Howard’s life and itching to replicate it will have to accept that “those days” were a unique moment in time. Hard as it is to imagine, old cars really were once only old cars with no fantastic value and certainly with no future. And it’s just as hard to think that once upon a time it really was easier to get financing, do business on a handshake, and parlay a shilling into a pound based on mere force of personality.

If you’ve spent any time around classic cars you’ll recognize many of the names that make an appearance in this book, from dealers such as Keller, Hugh to collectors such as Keller, Arturo and up and down the alphabet. And if “Coys of Kensington” rings a bell, realize that it was Howard who once owned that firm’s name and premises and turned it from a repair shop/filling station into a classic car dealer which would later, under different ownership, grow into the car auction and consignment house it is today. 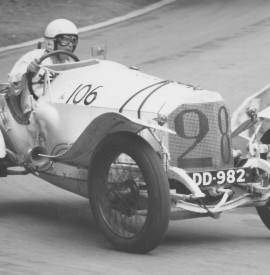 Since starting with all of £35 to his name, hundreds of cars and millions of dollars have passed through Howard’s hands over the decades and it is amusing to think that if, back in his teens, his school hadn’t asked him to please not return because he was too “disruptive,” his life would surely have unfolded differently. Even the car-dealing was not some grand master plan for life but born of the realization that he couldn’t possibly own all the cars he lusted after without selling one every now and then. The name he has for this predicament—“swapitis”—is as indicative of his sense of humor as his self-awareness, and it is important to accept this book on those terms lest it be seen as mere grandstanding or name-dropping. Consider, for instance, that some of the cars that are today recognized as cream of the crop collectibles—the Embiricos Bentley, the “Corgi Toys” Silver Ghost, a Blitzen Benz, the pair of K6 and J12 ex-Rothschild Hispanos that collector Bob Lee just showed at Pebble Beach (2014) to name only a few—were once his, not as dealer stock but cars he bought for himself to drive and enjoy and only sold when swapitis kicked in.

That he can talk about these nowadays astronomically valuable cars without regretting the zeros he left on the table by selling instead of holding (£26,000 for the Embiricos Bentley in the 1970s as an example; not pocket change to be sure but still . . .) is truly a lesson in having one’s priorities straight. For Howard, it is all about using the cars, and with abandon—be it on a rally or as a daily driver, not as a museum piece or trailer queen and certainly not as a dead investment—and enjoying life, friends, and opportunities. 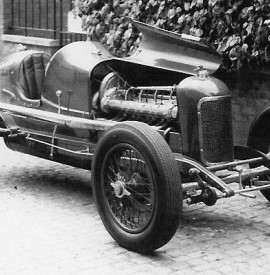 Even at almost 400 pages, the book is by no means a seamless blow-by-blow account of everything he ever drove or owned or traded. A few cars are included in his account simply because he thinks highly of them, others are not mentioned at all or only in passing. Little is said, for instance, about Bentley R Type Continentals even though it was Howard who recognized earlier than most their growing desirability. (But his conviction that based on rarity and build quality they should rank higher than the contemporary Gullwing Mercedes is not—yet—reflected in the marketplace.)

Car folk will appreciate the fact that Howard provides chassis numbers (which are also listed in the index) for most cars of most marques. On the photo front the book is interesting too because Howard is very partial to unrestored cars; on the downside the photos are usually not dated nor can a date always be inferred from the accompanying text. 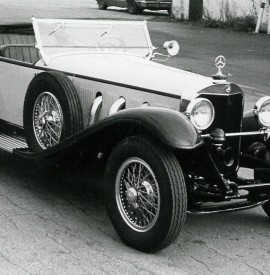 So often when one encounters someone who has done something unusual or noteworthy one wishes they’d write a book about it. Howard is to be commended for actually doing it! Yes, there’s the occasional rant about world politics, London airports, evil taxation, or “rapacious auctioneers” but Howard himself has the good manners to step off the soapbox (his word!) quickly enough to allow them to be seen simply as “local color.”

This book has been in the making since at least 2006 and, being self-published, some minor errors have proven difficult to eradicate in the real world of budgets and schedules. Publishing a book is a monumental task even under the most ideal of conditions but what he has gone to the trouble of recording here is of actual service to people who concern themselves with the histories of specific cars.

The Story of Music, From Babylon to The Beatles »
« Messerschmitt Me 262 A Schwalbe