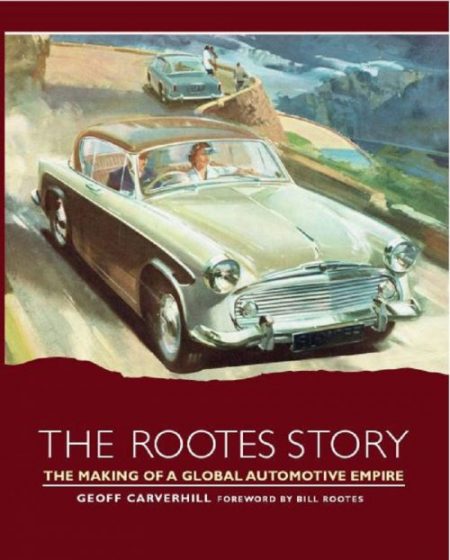 “If you are of an age that you can remember red telephone boxes on most street corners in most towns and cities in Britain, then you will also remember that they would have four or more hefty volumes of the Telephone Directory housed within them, with virtually every phone number for a given area listed. A comprehensive history of the Rootes Group would result in at least half a dozen Telephone Directory-sized volumes, in order to put everything of consequence about the company into print.”

Founded in 1913 Rootes is about as British a carmaker/distributor as it gets but US connections abound: do you have, say, a Plymouth Cricket lying around? Or even heard of one? A terribly forgettable car, made for only two years and bettered by its Dodge Colt stablemate in every way. Which is saying…something.

In the end, it was the small Hillman Imp that brought the big car conglomerate to its knees, and into the arms of Chrysler in 1964—a development that didn’t turn out well for anybody. (Chrysler also acquired Simca and Barreiros around that time only to see Chrysler UK go to Peugeot and Renault in 1978. And that didn’t last either.) 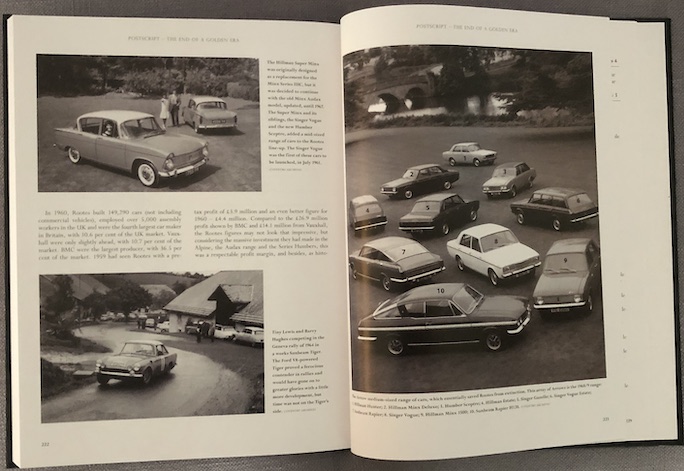 As is so typical of British industrial firms of a certain age, the history of the Rootes Group is convoluted: different company names, brands coming and going and coming again, mergers, spinoffs, subsidiaries, more different names. Moreover, Rootes was both a manufacturer and a distributor of anything with wheels, from the entry-level end of the market to Rolls-Royce et al. And they established themselves as a global player at a time when that concept really was the exception and not the rule. Lots to tell, then.

While this is not the first book about the Rootes brothers it is the first one sanctioned by the family. On the practical level that means full access, including to previously unpublished personal material, and a Foreword by Bill Rootes, a third-generation family member who worked in the company up to the Chrysler takeover. 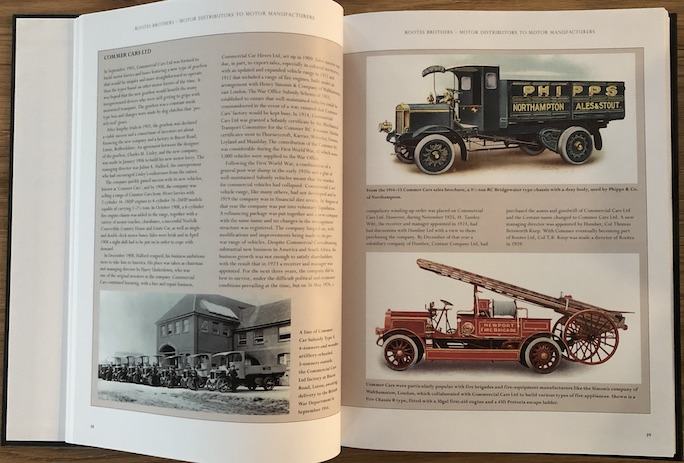 Carverhill is an automotive journalist and historian in the UK and if his name sounds familiar in a Rootes context it is because he already wrote a book about one of the commercial lines in the Rootes portfolio, Commer (which had its own subsidiary, Karrier). Given the firm’s US connection in its last throes—and, in the 1950s the Raymond Loewy collaboration—it only helps that he is also a specialist in American automotive history and a contributor to the British magazine Classic American. 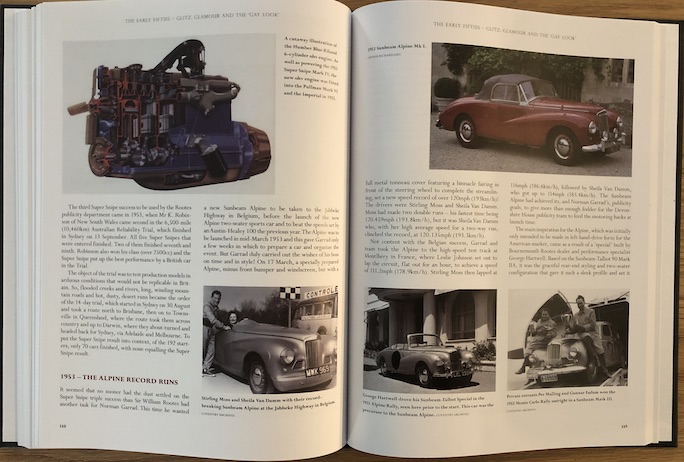 Returning to the introductory quote, this book is only 240 pages and goes to the end of “The Golden Era,” basically 1960. A cryptic sentence in the author’s introduction—“This then, is part one of the story”—would imply that there is more to come, meaning the Chrysler, Talbot, and Peugeot years. The meat of the story, and the sexy cars like the Sunbeams and the great rally cars, belong to the part of the history recorded here.

Carverhill picks up the thread with a recap of the Rootes family tree from 1844. He is also a music buff so a side issue in the origin story about the Rootes Royal Band gets a somewhat frivolous page worth of ink. Once the main protagonists enter the picture, brothers Billy and Reginald, the story tightens and rapidly moves from opening a cycle business to a car dealership and the almost inevitable next step, making their own stuff—“aeronautical, automotive and general engineering.” 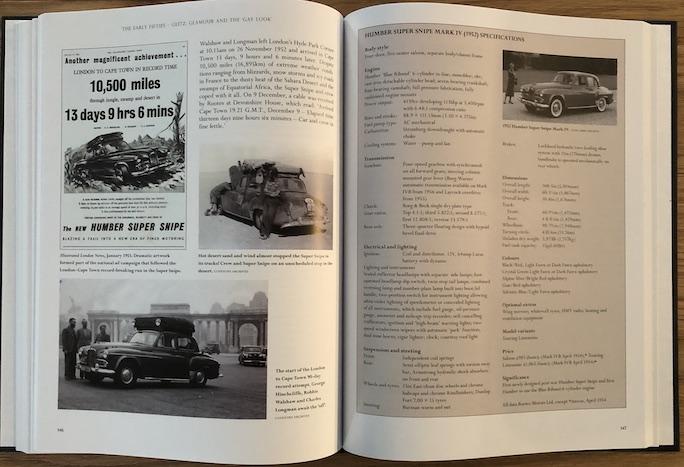 The book is first and foremost a business history but immensely readable, with emphasis on the human factor. There is obviously plenty about the cars, including fairly detailed specs including even prices and variants. Since the book presents an enormous amount of illustrative material (including advertising) it should come as no surprise that much of it is on the small side. 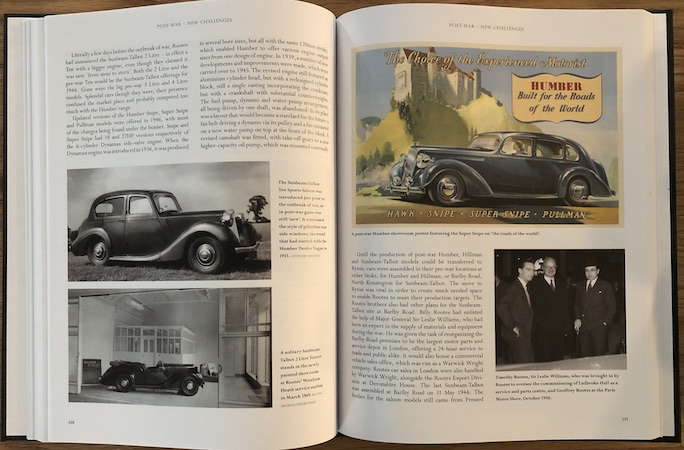 Appended are lists of passenger car models 1931–60, Commer commercial vehicles 1926–60, and Karrier utility models 1932–60. There is a Bibliography and a quite detailed Index. Last but not least, the price is remarkably low, showing up other books that are not nearly as substantive as this one—a reminder, if anyone needs one, why this publisher (Crowood Press) is one those long-lived pillars of the publishing community.

Building the B-17 Flying Fortress »
« Fuelin’ Around