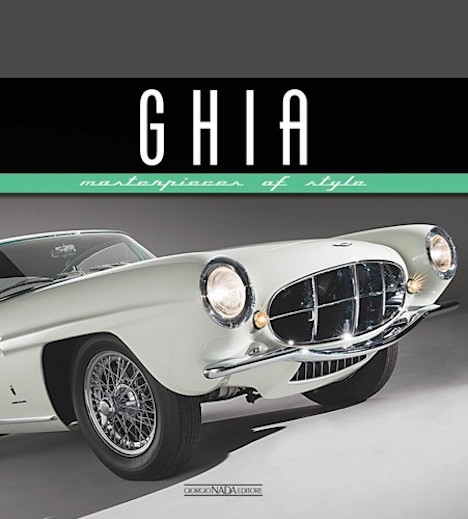 “It was at this euphoric time of notable success that Boano’s career hit something of a brick wall due to the, perhaps premeditated, collapse of his relationship with Luigi Segre, his recently acquired aggressive partner. Following a futile argument with Segre, Felice Mario had decided to free himself of his partner by buoying [sic] out his share in the company, but Segre anticipated his move—with the support of the Treves bank and a certain part of the city’s financial circle which provided the necessary funds—and the situation was suddenly overturned with Segre buying out Boano’s share to become the sole proprietor of Ghia.”

If this one paragraph makes your head spin, prepare yourself for more because the Ghia story is . . . complex.

Ask Americans to match Italian coachbuilders to cars they know and watch the guesses fly. In the case of Carrozzeria Ghia at least the Karmann Ghia ought to come to mind but it’s probably not widely known that Ghia has more connections to American makers—Ford/Lincoln and Chrysler, Cadillac, Dual-Ghia, even De Tomaso if you consider it American—than any of the other Italian firms, with the exception of Vignale, even though in both cases not so much as outright coachbuilders but merely as trim levels on Ford’s mainstream luxury models. 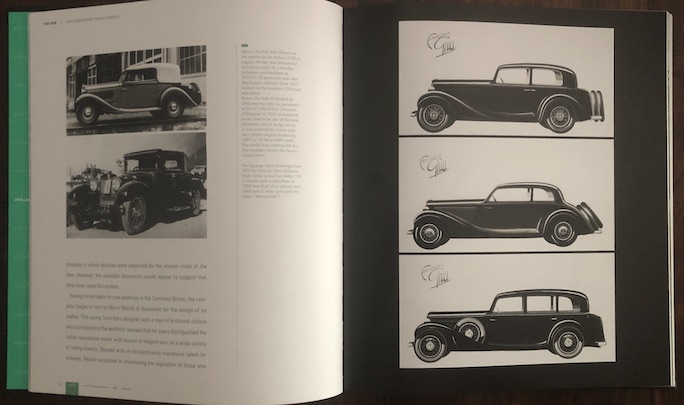 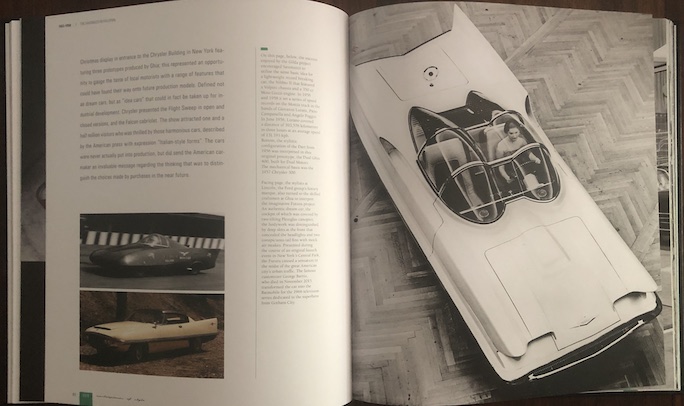 Do you see the Batmobile in the car on the right? You should—this is the Lincoln Futura that customizer George Barris used for the TV car.

It is probably as much blessing as curse that this book is part of a series because having to conform to an established format always imposes strictures. This is now the seventh book in the “Masterpieces of Style” series, all by the same Italian motoring journalist and author (for some reason the books say “Texts edited by Luciano Greggio”). Acquiring all would represent quite the investment and while splendid to look at one struggles to not say out loud that surely there ought to be more text. There is certainly enough to convey the big picture but some detail issues leave or introduce ambiguity, certainly in the uncommonly complex Ghia story. (The whole why and how of the American connection, for instance, is not satisfactorily contextualized.) 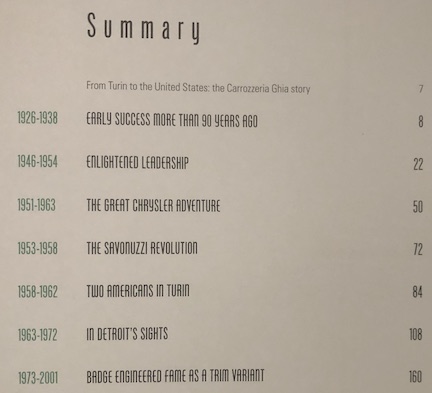 Absent an Index it is imperative to analyze the Table of Context: the first four chapters (of seven) have chronological overlap because they are thematic in nature. Not noticing this would cause a bit of whiplash when you read bits about a car or person in one chapter only to then encounter it/them again later on again. The aforementioned Karmann Ghia is a good example: it first appears in the Chrysler chapter (why, you wonder? Virgil Exner; and here the whole “more words!” thing really leaves gaps) but it isn’t until 17 pages later that it pops up again and you find out that way before becoming a “Karmann Ghia” it was the “Volkswagen Maggiolino cabriolet designed by Ghia”—but that’s just the Italian word for “beetle” so what is Greggio trying to say here? Confusion is never a good thing because once the discussion shifts to cars you do not already know about, and you feel you cannot rely on the author’s words, you are lost. Besides, the Maggiolino issue opens another can of worms: why didn’t the translator translate it? You may well suss out on your own that Arabia Saudita is probably Italian for Saudi Arabia, but why should the reader be expected to make up for the translator’s laziness or lack of imagination? That there are other language glitches in this book, mostly in regards to choppy syntax, does not make a good impression. 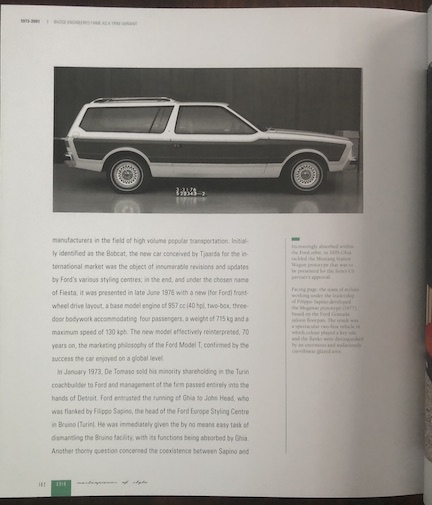 A Ford Mustang station wagon?? Pray tell. But the one photo caption is about all you’ll get.

If this book is to be your only Ghia source, be prepared to put in the work: no timeline, no index, no list of projects (built, unbuilt, on spec for other houses). But, to say it again, very pretty to look at.

To consider how much more could be wrung out of the Ghia subject you only have to consider another recent book, Jaguar XK 120 Supersonic by Ghia. That one not only has an Index but one that lists all Ghia cars and all around digs much deeper (but, of course, primarily limits itself to the Supersonics)!