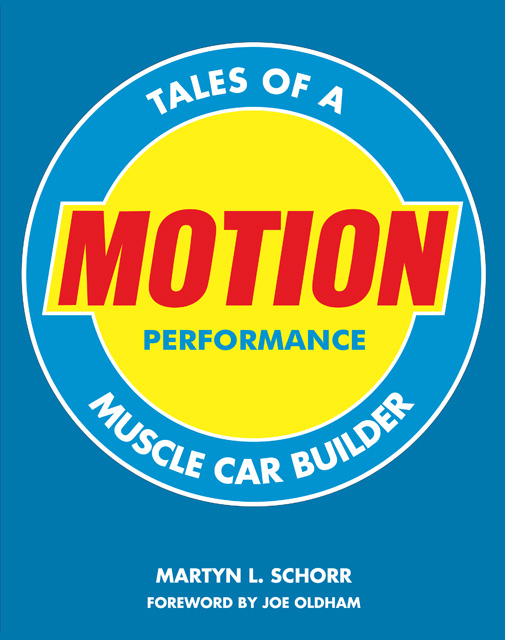 Just as they should, authors and publishers follow the market. After all, they are in the publishing business and must try, at least, to keep those writing and publishing efforts on the “black” side of the balance sheet. Leading the muscle-car publishing charge in 1990, well before the cars themselves soared in value, had been American Muscle, about Otis Chandler’s stellar collection of muscle cars. It was written and photographed by former Los Angeles Times photographer Randy Leffingwell and published by Motorbooks.

But the real bonanza of muscle car books arrived a decade later. Some were personal memoirs (Joe Oldham’s Muscle Car Confidential as an example), some focused on a favorite brand (50 Years of Chrysler’s Hottest Cars, words and photos by the late Nicky Wright), some compendiums of the genre (exemplified by the weighty—eight pounds and nearly 400 pages—Muscle co-authored by the aforementioned Leffingwell and Darwin Holstrom).

Many of the already-in-print “muscle” books mention a Motion or Baldwin-Motion car, but this book, Motion Performance, Tales of a Muscle Car Builder, is the only one exclusively devoted to the subject. And I’ll venture that this might be the only book that will be devoted exclusively to describing Joel Rosen’s tuning prowess (although “tuning” didn’t have quite the same connotation then), and the company and cars spawned by his savvy. Don’t misunderstand here. That does not imply that there is no more to tell. But it is a certainty that unless the storyteller-writer is Martyn L Schorr, no other Motion book can possibly be infused with the same level of energy, inside information, understanding, and communicative skill—because, you see, Marty was there—he was part of it all, right from the start.

Marty and wife Sharon even still have their Motion machine—theirs since new—the absolutely one-of-a-kind, only one ever built, 1967 Baldwin-Motion Iso Grifo coupé. As if that’s not enough, Marty knows the power of the word and how to phrase things. He has spent his entire career in some phase of communications; from magazine editor (Hi-Performance CARS and Vette to name but two), to book author (Buick GNX), to marketing and advertising consultant, to public relations. So, you see what I mean? Anyone have the temerity to even try and write a better book about Motion?

If your memory needs a “Motion” refresher, Joel Rosen’s competitiveness motivated him at a young age to learn how to tweak and tune. He got so good at it, winning with his own car, that others brought their machines to him too. In 1963 he turned his passion into his business, borrowing for its name the word “Motion” from one of his tuning parts. Three years later, his reputation and business continuing its acceleration, he teamed with the Chevrolet dealership a few blocks away and Baldwin-Motion was born. Marty Schorr expanded his involvement doing advertising and promotion for Motion and Baldwin-Motion, as well as encouraging Hi-Performance CARSsponsorship of several notable machines.

Rosen proved to be as savvy at business as he was adept at building quick cars. Anticipating changes that the 1970s indeed brought, Rosen added muscle VWs to Motion’s stable with headliners the ThunderBug, and the dune buggy iteration, the Wampuskitty Bandito. Eventually Joel retired. But Joel and Judith should have picked someplace other than Florida if they truly wanted to retire. Because that’s where Marty and Sharon were and with two men back into proximity, it wasn’t long before they’d conspired once again. With the help of a few others they not only resurrected Motion but unveiled the 540 Camaro SuperCoupe at the 2005 SEMA show. And there are design drawings for Baldwin-Motion 2010 Phase III Gen 5 Camaro.

That’s the abbreviated version of the Motion story. To read it all, illustrated with 250 period black and white photos which are augmented by another 60 in color of restored Motion and Baldwin-Motion cars today—and, of course, that brand new Motion Camaro at SEMA—you’ll need your own copy of Motion Performance, Tales of a Muscle Car Builder.

Racing in the Rain: My Years with Brilliant Drivers, Legendary Sports Cars, and a Dedicated Team »
« Enrico Nardi, A Fast Life