Portrait in Oil, The Autobiography of Nubar Gulbenkian 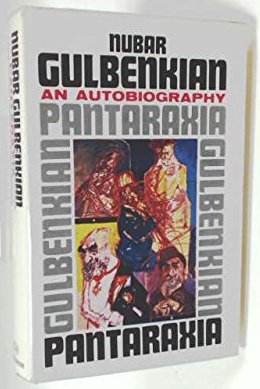 Being a Rolls-Royce enthusiast, I purchased this book in order to find out what sort of man would design and have built the “Pantechnicon,” a one-off 1947 Rolls-Royce Silver Wraith (chassis number WTA62). This car, with its ungainly streamlining, non-standard grille (very unusual), and all-around odd appearance has achieved infamy throughout the Rolls-Royce community. There is but one paragraph about this car in the book—but I soon found myself liking the book for a lot of other reasons

You probably know of the reputed exchange between Fitzgerald and Hemingway concerning the wealthy. To paraphrase: “‘They are different from me and you.’ ‘They have more money.’” This book in essence underscores both remarks. 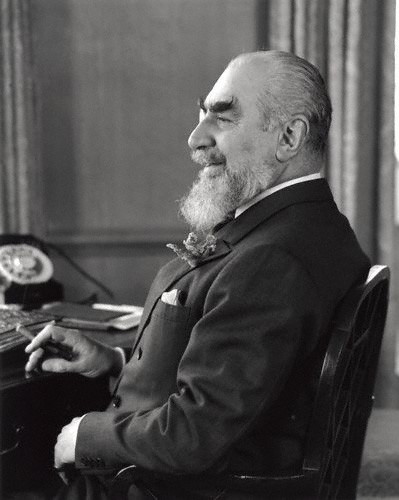 What must it have been like to be living in a house with a staff of two dozen or to be residing in suites of the very best hotels, to be cosmopolitan to the nth degree, to travel with a valet, to have a cellar of a thousand bottles of choice wine, to commission one-off motorcars—sparing no expense in the process? According to Gulbenkian himself, flamboyant, monocled, bearded, and always with an orchid in his lapel, it was wonderful. Here was a man who made no excuses for wealth, a man who presumed that money comes from intelligence and hard work (while admitting that inherited wealth can be quite helpful) and who had no compunctions about living in a manner only great wealth can afford. That he held various positions in various embassies he apparently accepted as being natural to his position in life. 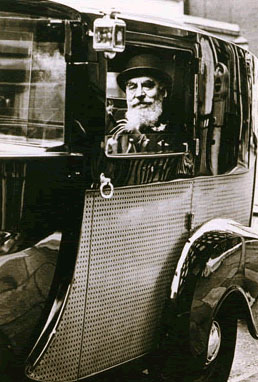 The book explores Gulbenkian’s dealings under an autocratic father (the legendary Mr. Five Percent); the loss of his virginity and the other women in his life; the complex and often strenuous business  negotiations among oil-rich nations, European and American governments and international corporations; hunting with the hounds at his country estate; his appreciation of fine food prepared by master chefs; those he met along the way and his enduring joie de vivre. Self-assurance and self-confidence shine throughout, but, to Gulbenkian’s credit, arrogance does not.

Fascinating all, but we must keep in mind that this is an autobiography. We are getting only his side of the events, recorded 7 years before his death at 76. 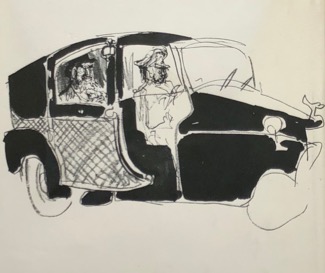 The book is lively enough, but it occasionally gets bogged down with too much information concerning business contractual difficulties, and, toward the end, it is apparent that Gulbenkian is using his book to argue his case against the machinations of the trustees of his father’s legacy, The Gulbenkian Foundation. The book’s Appendix reproduces the letters sent back and forth among the participants of this legal wrangle. But these are minor quibbles. And consider this: Because of the world’s dependency on oil—still—Portrait survives as relevant history, giving us an insider’s picture of the politics and the business end of how oil is sucked out of the ground to be eventually pumped into the tank of our cars.

The Autobiography of Nubar Gulbenkian

Posted Under: Biography/ Autobiography | Author: Bill Wolf | No comments yet

Betrayed: Secrecy, Lies, and Consequences »
« “I Would Not Step Back . . .” Phil Lamason