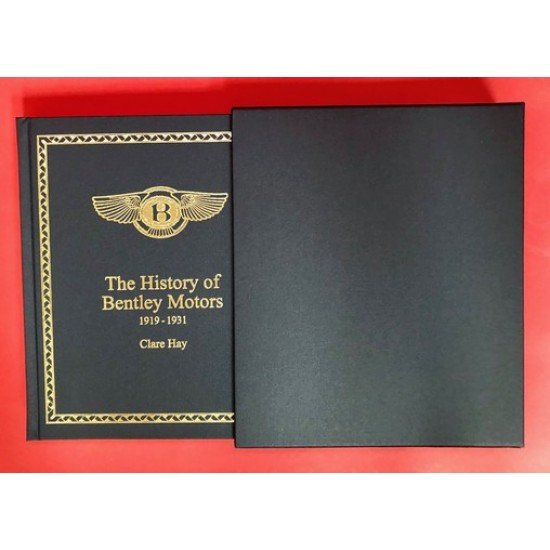 Why 1931? Because that’s when Bentley Motors ceased to exist as an independent company. The company was acquired that year at auction by Rolls-Royce in an unusual maneuver that to this day has not been fully explained. That the company is still alive and doing business under its own name again (albeit under the umbrella of VW Group since 1998) is of absolutely no concern to the Old Brigade for whom the sky well and truly fell after the end of the era of the Cricklewood-built cars.

A new book by Clare Hay is cause for rejoicing among the Cricklewood Bentley crowd. Such is the reward for having earned a reputation as the expert’s expert that any new uttering from On High is guaranteed to have an impact. An author earns their reputation one fact, one page, one book at a time and as anyone who has been around Bentleys and Bentley books for a while knows all too well, a new Hay book has become a rare sight. (And if you haven’t been around long enough to know the sordid circumstances that soured her on freely sharing her intellectual property, ask someone!) 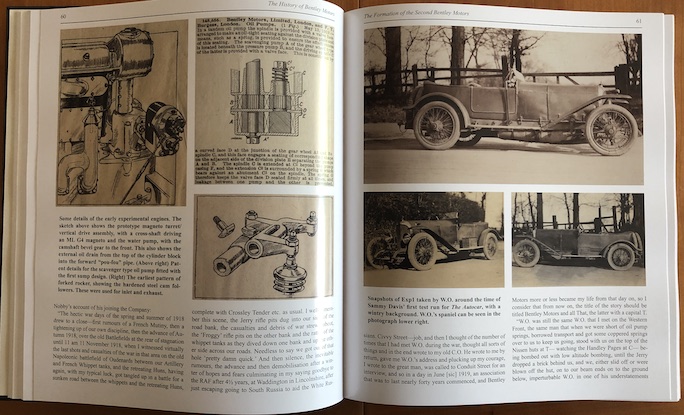 Strictly speaking, this is not so much a new-new book but a third “version” of a beloved cornerstone of any decent Bentley library, Bentley Factory Cars. That book came to 352 pages, the new one is 784 so you know right away that something, somewhere has got to be new. 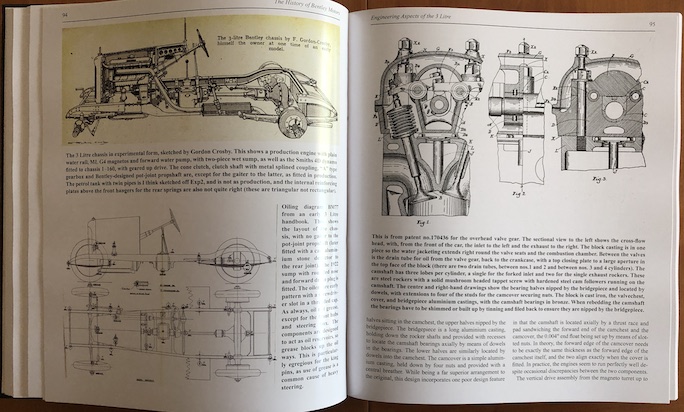 A digression is probably called for at this juncture: if you have the older edition, great. If you want to buy one, it is easily found. If you want to skip all that and go straight to the new, check your bank balance first: £335! But, to say it loud and clear, this is a perfectly reasonable price in terms of book production (paper, printing, photo reproduction etc.) and the enormity of the research effort. Plus, as with all Hay books of recent years, exclusivity—only 500 sets are printed (plus 25 in leather, for, gasp, £2000 but that set comes with a free “reading set” in the standard cloth binding so that you don’t ding your fine leather version in everyday use.) 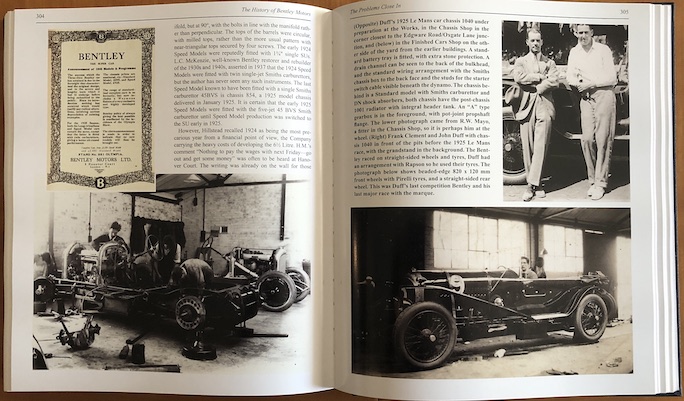 As we always say in the case of revised editions, the reader who has the most thorough “education” to gain from a book is the one who starts with a blank slate, who is not already imprinted with knowledge. Knowledge, wouldn’t you know, is not a static affair. Even old knowledge of old things—such as Vintage Bentleys—is not a finite quantity or even quality: entirely new facts do come to light, even decades later; and old and still true facts may benefit from being arranged in a different light. The reader who can cite chapter and verse of the existing canon is the one who has to work the hardest to spot such tweaks, and unlearn the old.

How convenient would it be if an author highlighted all the new bits! Absent that, you’d have to read the old version and the new side by side. (Which, naturally, we do around here.) Incidentally the first (1993) and second (1998) editions are basically the same but the latter had a color photo section, so either one would lend itself to this experiment. Often a book’s preface is enlightening in this regard. There is in fact a new one but the rephrasing and reshuffling of the previous text introduces ambiguity as to what if any new sources have come to light (possibly Vanden Plas corporate papers, Jack Barclay invoices, some legal papers). Hay points out that “a great deal of new information has come to light, but I have found few mistakes and little reason to change the views I held a quarter century ago.” 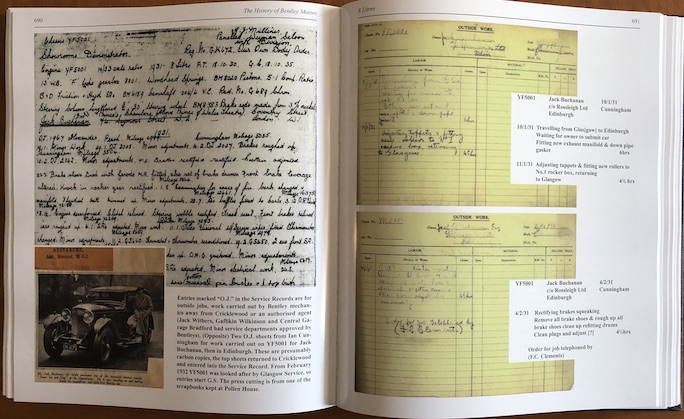 Some, probably many changes are merely stylistic; in other situations a few added words or sentences may expand detail; and in some cases there are really altogether new facts. To illustrate: “everyone” knows that, when Bentley Motors went into bankruptcy and the Receiver made no provision for paying anyone’s salary, chairman Woolf Barnato stepped in and paid all the staff a month’s salary out of his own pocket. It’s in all the books. It’s in Hay’s books. Except—here there is now shown a letter by Managing Director J.K. Carruth saying it was a fortnight. Hay has revised the old text to reflect the new fact, but you’d never notice this unless you paid attention! Does it matter? Of course it does.

If you really have never heard of this book, here the Cliff Notes: the history of (the original) Bentley Motors told by way of the personalities, commercial/financial/legal dealings, the engineering of the cars, and the one thing that influenced if not dominated all else, motor racing which is of course what drained the small company’s coffers. 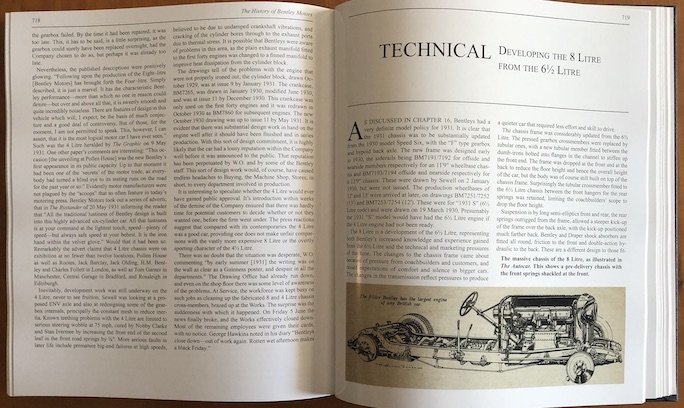 The number of illustrations is vastly increased, and thanks to new technology everything looks superbly crisp and the duotones more period correct. On the typesetting side things are really not improved at all, in fact the earlier editions used more nuanced spacing between elements especially in the case of tabular matter or quotes/extracts interspersed with the main text.

The two volumes are consecutively paginated and, as common in this situation, only Vol. 2 has the Index for both. Rather less common, and a quick source of frustration, is that only Vol. 1 has the Table of Contents for both books. In practice you’ll hardly ever use one without the other, but they’re not lightweights (all that good buffered paper!).

To the historian and possibly the restorer and even car trader these reference-level books will be indispensable tools. Of course, you can just hunt and peck and read a page here and there—for everyone at every level, this is a Masters Class in the state of the art of current knowledge about Vintage Bentleys. 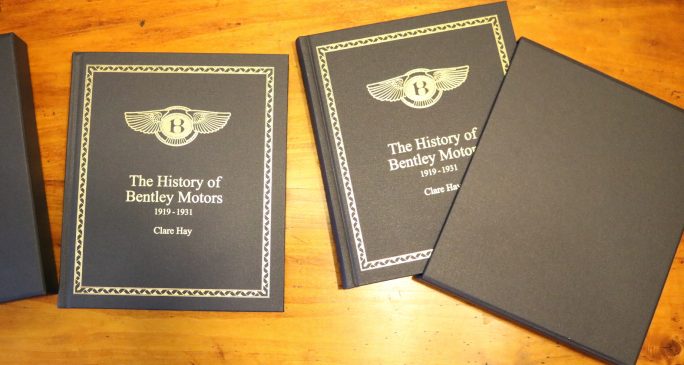 Collectors and future second-hand buyers should note that the books have no dustcovers and are individually slipcased.

It is as amusing as it is alarming to note the reasons behind the title change, from Bentley Factory Cars (a title that really didn’t reflect the actual scope of the book) to the one the book was meant to have all along, The History of Bentley Motors—the original publisher (Osprey) “had an aversion to books with the word ‘history’ in the title.” Surely that is not a worry for our sort of reader . . .

Avail. from the WOBMF (also Horton’s in the UK) and the author: