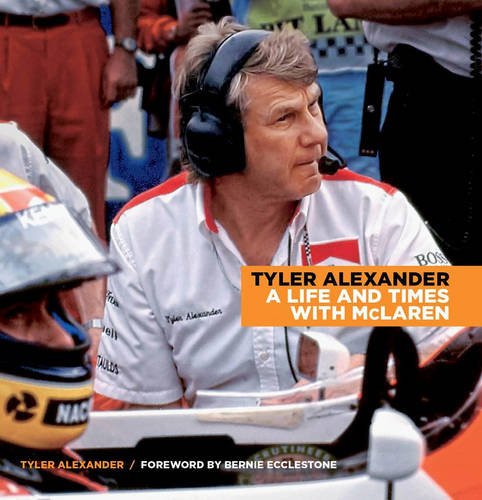 “There are days when I think that I haven’t learned a thing and others when I know that some folks haven’t learned anything at all! I guess I was lucky; there aren’t many people who have the chance to do what they really like, and I’ve had that chance. Although there are many things that aren’t great in the overall kaleidoscope of chaos that you sometimes finds in motor racing, I would do it all over again.”

The erstwhile mechanic and later team boss of McLaren Racing closes his book with the above words. They are not so much a counterpoint but an extension of the remarks with which it started: the racing death of a friend for whom the then 23-year-old Alexander was crewing. A constant in the intervening decades are the friends, personal and professional, whose paths would cross his again and again, and a certain growing and then abiding awareness of being a round peg in a round hole. In other words, the profession he stumbled into was a good fit. 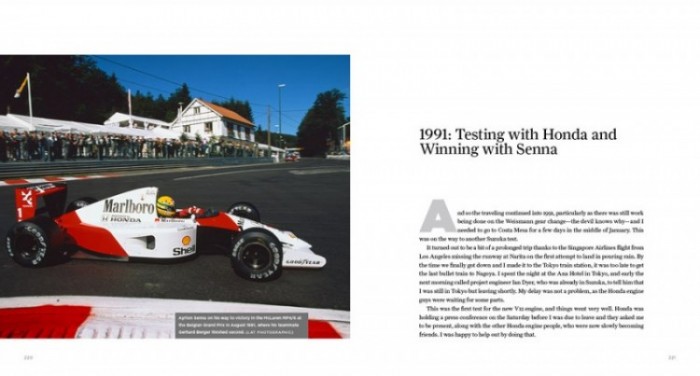 But among the few things this voluminous book skips over is just how Alexander became so good at his job! Not everyone rises from licensed aircraft maintenance tech and shadetree auto mechanic to the highest levels of motorsports by just winging it, or remains relevant over decades of ever more sophisticated and specialized technology. And strength of character, personal integrity, and a strong work ethic on their own do not unfailingly make competent leaders. Even his skills with a camera, which, strictly speaking, put him into the orbit that launched him into “higher circles” are glossed over.

To gauge the esteem accorded Alexander by his peers consider that none other than F1 impresario/dictator Bernie Ecclestone wrote the sort of Foreword that makes one think the man actually has a heart. Also, there are dozens of sidebars penned by names large and small in the racing community. 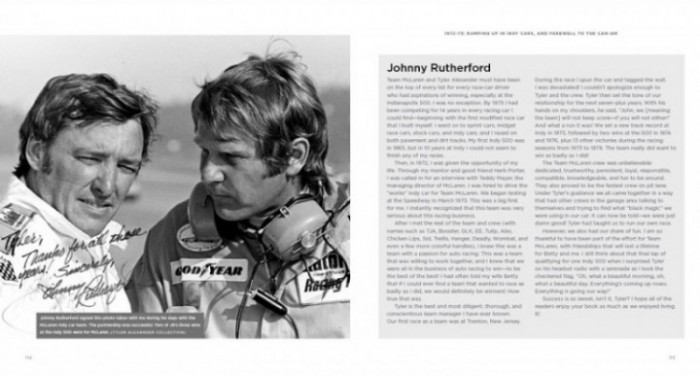 The story is told in chronological order, with one or two years per chapter. Coupled with a pleasingly thorough Index this should make it easy to find specific items of interest. Alexander is described by others as a private person and despite the sometimes pointed, no-nonsense commentary one does get here and there a sense of him being guarded. 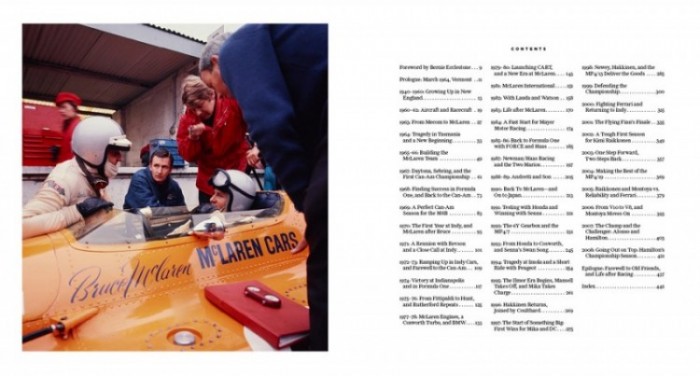 Much as a conversation would, the narrative seamlessly touches upon all manner of detail, from technical matters to sharing a backseat with a pet cheetah or racial prejudice in 1960s South Africa. Anyone and anything that played a role in racing—F1, Indy car, or Can-Am—is found here and the book will richly add to the tapestry of motorsports. McLaren’s early period, which also was not exhaustively recorded in the US press, especially the F2 and F5000 activities, is given a seemingly lesser degree of magnification than others.

Photos are plentiful and, par for the course for a David Bull book, well reproduced and printed on premium paper. Many are by the author himself, a remark that necessitates a segue: this book is a compendium volume to an earlier book that contained mainly photos, McLaren from the Inside. The two are meant to go together so there is no point in anyone carping that this autobiography should have contained more or other images.

If our reviews are known for one thing it is that they offer context. Nothing is said in this book about an event we alluded to in our review of the first book which we had purposely held back a few months so as to ascertain if the companion book, this autobiography, was going to be published as scheduled in June 2014. It did not—because Alexander had been “taken unwell” that February and weeks later it was disclosed he had suffered a stroke. Much of the manuscript would have been finalized by then anyway but there has been a delay of a year—and it makes the opening quote, whether it was written before or after, weigh a bit heavier.