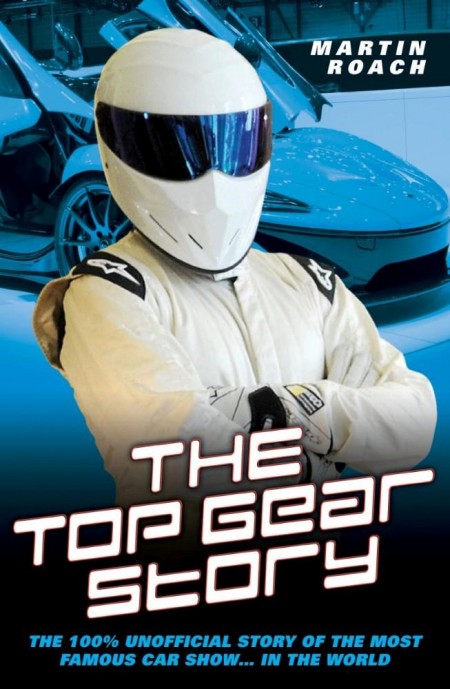 “In British television terms, Jeremy Clarkson is without doubt one of the finest examples of the old adage, ‘you either love him or hate him.’ Indeed, when Channel 4 broadcast a list of the 100 Worst Britons We Love To Hate, Clarkson came in at a respectable No. 66: and that’s what Jeremy Clarkson thrives on. Seriously, I think if there came a day when everybody agreed with him, he’d quit.”

Well, he didn’t get the chance. Had this book review been written a week earlier it would have ended by saying that Clarkson, the show’s irascible and bombastic primary presenter, would have to run out of lives one of these days.

And that’s just what happened! Last week the BBC fired him, albeit for reasons that have more to do with internal politics than Clarkson’s on-air and in-print shenanigans. Top Gear haters (this is a thing; so much so that it is a chapter title here) will cackle with glee, and even his sidekicks Richard Hammond (The Hamster) and James May (Captain Slow) are probably breathing a secret sigh of relief, but the reality is that Top Gear could not have risen from a humble, bland 1970s motoring show to a world-wide phenomenon drawing 350 million car enthusiasts each week if the public had not embraced the show’s politically incorrect style. Much of it was a calculated act to snag ratings in a TV landscape riddled with reality shows and The World’s Stupidest Videos and shock jocks—the d/evolution of Top Gear didn’t happen in a vacuum.

Early on in the book, Martin Roach poses the question “how hard can it be?” to devise and host such a show. Turns out, plenty hard—you have to look no further than the US version of Top Gear which has bounced around on three networks and, while following an ostensibly identical format, including even The Stig, fails to impress.

There is, then, quite a story here, about how the show came about originally, the hosts and guests and features, the cultural landscape in general and, not least, the tormented role of the BBC whose marching orders seem rather incompatible with Top Gear’s latter-day scorched earth approach to matters automotive. If all this is news to you, this book connects some dots, even if in a somewhat less sparkling manner in terms of use of language, clarity of thought, and sharp analysis—qualities that Clarkson and Co. do possess even if they’re too often drowned out by scripted drama and confrontation.

To Roach’s credit, he does not let being an avowed fan get in the way of taking especially Clarkson to task for some of his unusual pronouncements regarding global warming, racism, political structures or the like. The fact that some of Clarkson’s greatest gaffes are unscripted and often found in his newspaper/magazine columns makes it very hard to know what the man really stands for.

And that . . . is where a writer of a book such as this should become a guide, a sifter of the wheat and the chaff. The book presents itself as “the full story” but take another look at the subtitle. Can a 100% Unofficial Story really be that behind the scenes, let it all hang out, insider tell-all? If you know the show, be it as a fan or a hater, you’ll quickly come to see that it is not. Roach—the “number one bestselling author who has written scores of books on celebrity, music, youth culture, and fashion”—seems to not have tried very hard to be a good journalist and do more than simply read piles of interviews and press clippings to string his story together. This is all the more frustrating because this 2014 edition is a reprint of at least two earlier versions and at no time did he or his publisher seem to have had the urge to improve the book.

Clarkson once said that people “shouldn’t worry about what a ‘balding and irrelevant middle-aged man might have said.’” He may be one but he’s certainly not the other—and he will, surely, be back (Netflix has declared an interest).

This is an easy, fun read but more of a sketch than a fully articulated picture. There are a few other books about this subject, and there is one by The Stig (well, a Stig; there have been several) and another about him. If this book leaves you with mixed feelings, do embrace that Clarkson, Mays, and Hammond really are serious car guys, each with very delectable cars paid for with their own money in their garages.