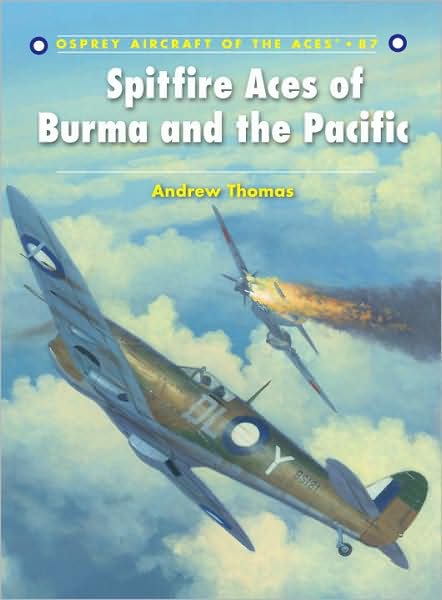 This reprint of a book first published in 2009 discusses that model of the British Spitfire that was the first to be sent overseas in large numbers, the VC. It saw service mostly in North Africa, the Mediterranean, or the Far East. The operations against the Japanese that are covered here may be among the less publicized actions of World War II but they were plenty important in the overall scheme of things and certainly made a difference to the boots on the ground that were slogging through inhospitable terrain.

The books in this publisher’s “Aircraft of the Aces” series, of which this is volume 87, are not so much for the general-interest reader as the specialist in particular theaters of war or certain aircraft flown by certain people. There is little about the aircraft as such so the reader curious about the type will not find much in terms of technical or developmental detail. The focus is instead on operational details—and even at that narrowed to the perspective from the sharp end of the spear as opposed to, say, ground crew or planners—and, specifically, the activities of those pilots that became aces on that plane at that time in those places. Even the photo captions say more about crews and markings than, say, modifications or other details visible on the planes. 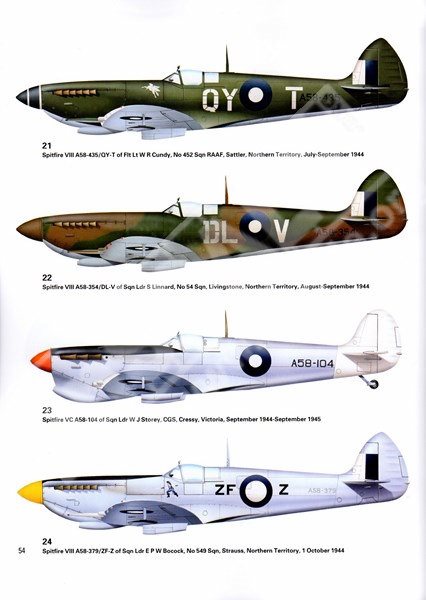 For Spitfire fans, the book fills a gap. Especially for readers who where there or know someone who was, these recollections and accounts will be meaningful. And, as always the case with these books, modelers who want to create a very specific look will absolutely need the illustrations offered here as guidance, most particularly the 9 pages of color profiles by Chris Davey of 36 individual aircraft.

The many archival photos, coupled with extensively quoted action reports—which, every now and then, Andrews is able to correct in re. enemy aircraft identification—and other first-hand material give a good picture of the environment. Considering the relative paucity of enemy aircraft (none of which are shown although the names of their crews are given when known) this was not exactly a target-rich situation in which to become an ace (five kills)! Nor did the pilots who had been in dogfights over Europe find in the Japanese pilots opponents who had been similarly conditioned.

Appended are several registers of pilots and their claims. Thomas is an RAF man and has written several books in this series.

Heritage of the Sea: Famous Preserved Ships Around the UK »
« Champion of the Lark