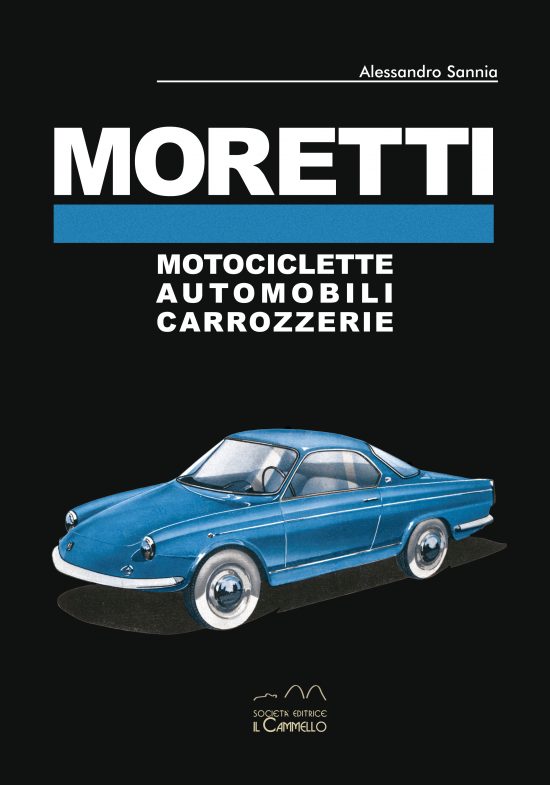 “The history of Giovanni Moretti is somehow hard to believe. It’s one of those stories that is normally only to be found in the America of emigrants or in fairy tales.”

(Italian / English side by side) Moretti may be the 20th most common surname in Italy but in an automobile context few remember it, never mind that the company was in business for half a century (1925–1989), produced lots of designs, and pulled off some remarkable PR stunts in the 1950s (such as multi-year 72,000-mile trip around the world in a tiny 600 Giardinetta). Even with only rudimentary Italian you’d glean from the title that there are also motorcycles and coachwork involved. In fact, there are also trucks and other commercial vehicles, three-wheelers, electric vehicles and batteries, and assorted mechanical components under the Moretti brand. 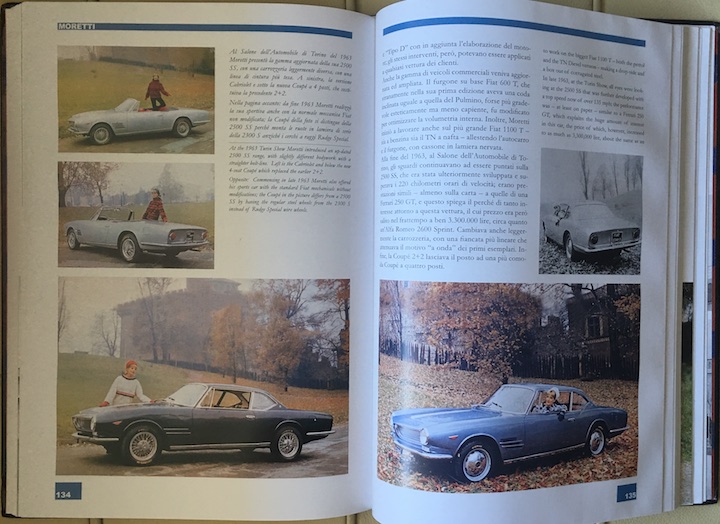 This book is another offering in this publisher’s Aesthetica Series that showcases important Italian coachbuilders. This is one of the ones that is by the proprietor (b. 1974), an architect by trade who nowadays is a product strategist for Fiat and an automotive historian. As his other books, this one is based on deep research. Especially on the photographic side it offers much material never before published in book form. Come to think of it, there really are no in-depth books about this firm in the first place. What little there has been published is, as all too often, lacking context or even accuracy because no one else has bothered or been allowed to work with original sources. 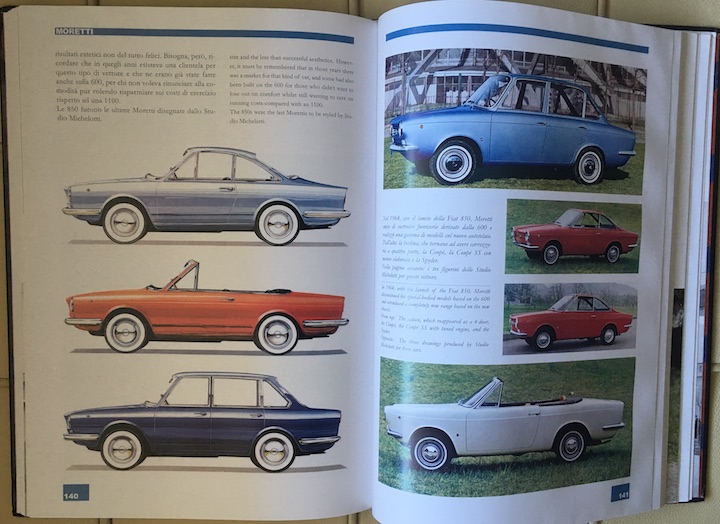 Outside of the occasional appearance of a Moretti sports car at a concours the name is mainly kept in circulation by motorsports historians. Sannia notes wryly, “The race baptism was in 1950 with an entry in the Mille Miglia due more to enthusiasm than genuine competitiveness.” 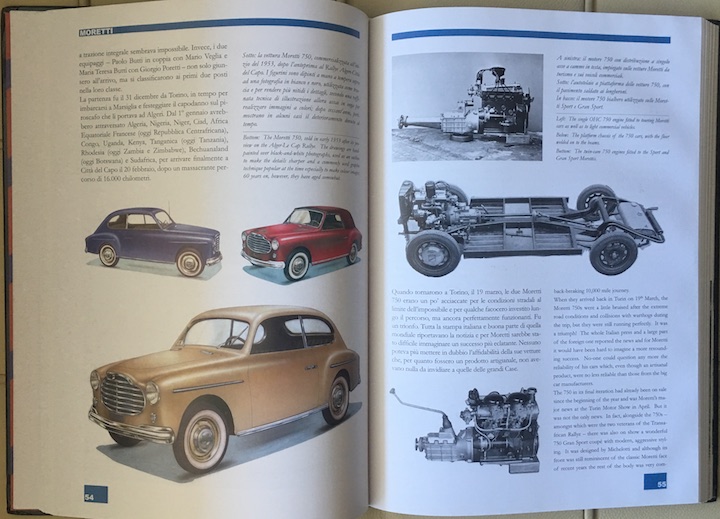 One of the two sons of the company founder wrote the Foreword and arranged for the doors of the archive to be flung open for Sannia. Both sons also worked alongside their father so are in an excellent position to weigh which of the thousands of documents they have best represents the firm’s output. 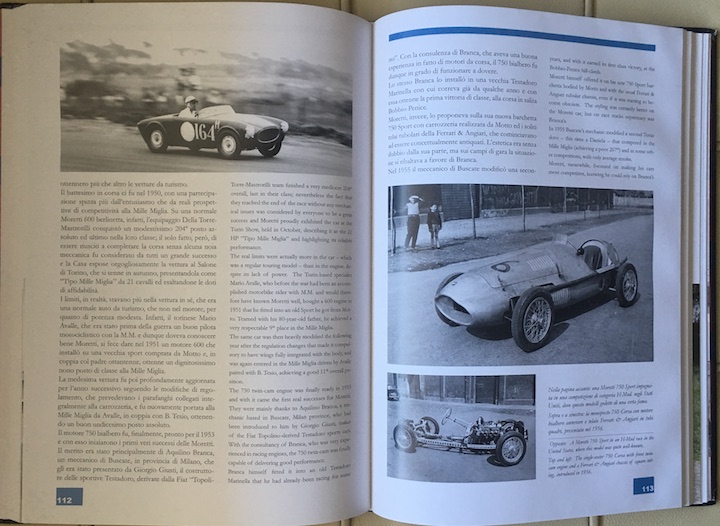 A key figure in the Moretti story is Swiss designer Dany Brawand (b. 1934) who without formal technical training was accepted by Michelotti to work with him and made a name for himself—only to get fired for doing unauthorized work on Moretti projects and so became their head of development and design in 1966. (An individual book is devoted to him.) 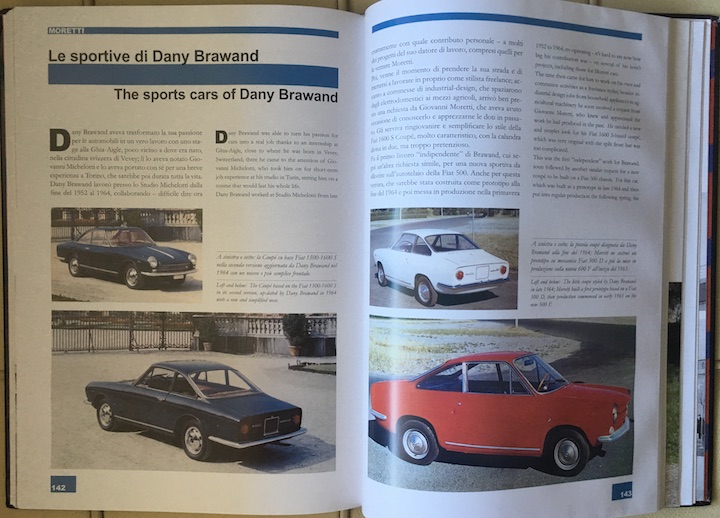 The book is nicely designed and of the high quality that typifies this series. There’s even an Index, pretty much a rarity in European books. Appended are a few pages of technical specs by model in chronological order as well as a list of race results 1948–1969. The English version is pretty readable, the one notable exception being the Italian word fuoriserie which is not translated at all and should be taken to mean “specially [or custom] built.” 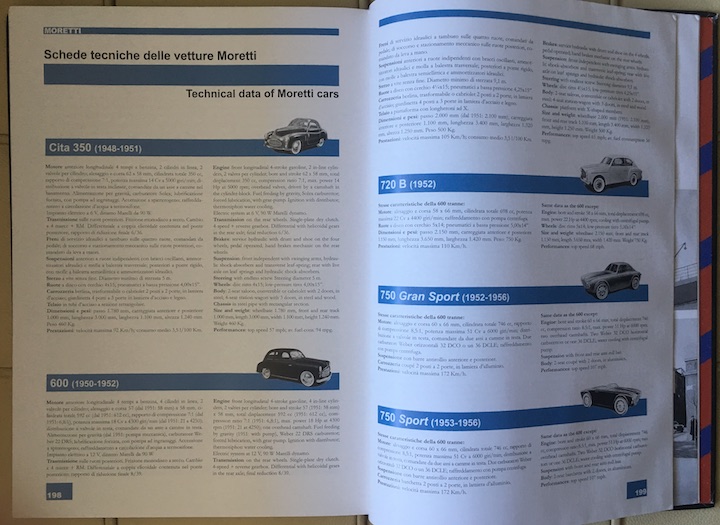 You won’t find the information this book offers elsewhere, and at the price—especially in Euros—it is a bargain.

Drawn Out, A Seriously Funny Memoir »
« The Soul of a Modified, Lenny Boehler’s Ole Blue