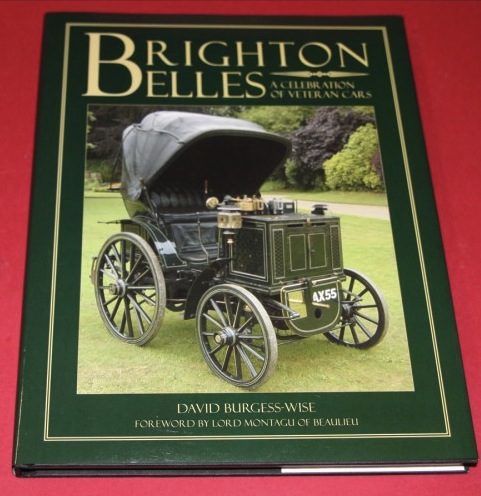 The Royal Automobile Club’s annual London to Brighton Veteran Car Run (LBVCR) in November is the world’s longest running motoring event, attracting cars of pre-1905 manufacture from all over the world to run the 60 miles from London’s Hyde Park to the seafront at the Sussex resort of Brighton. A companion event, the LBVCR Concours, takes place on the day before each annual Run, in Regent Street, London, and showcases 100 of the finest of the participants.

The author credits witnessing an LBVCR as a young boy with his lifelong interest in early autos that would evolve from him annotating his first program with margin notes to editing the actual program in later years, after having become a respected motoring writer. In this book he tells the story of the early attempts at steam-driven motorization in the 1700s to the precursors of cars as we know them, many of their technologies so exotic that they faded from the scene long ago.

While the book has an impressive-sounding 40 chapters, some are as short as a single page. Period illustrations are often juxtaposed with photos of the same equipment nowadays. The lively stories cover inventors, vehicles, people associated with them, notable events, assorted curiousities, and memories of decades worth of Brighton Runs. If you can’t go to see, and smell!, or perchance ride in the cars, this book is the next best thing. Comprehensively illustrated. Index.

The eyes of Rolls-Royce readers are directed to p. 126, where the author takes the R-R community to task for perpetuating the “hoariest [of] legends” of Henry Royce disliking his 10 hp Decauville so thoroughly that he set about building his own brand of car out of sheer exasperation—thereby changing automotive history. (And while on the subject of old myths dying hard, Burgess-Wise insists this car was new and not second-hand.)